Angela Strehli: Welcome back to Antone’s 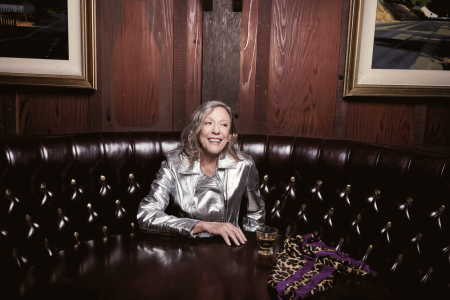 Blues Queen, Angela Strehli has released her first album in nearly 20 years as her career comes full circle as she revisits songs of her inspirations, releasing the record through her relaunched label Antone’s. The album, ‘Ace of Blues’ co-produced by her husband Bob Brown, pays tribute to the artists who inspired her throughout her career and features renditions of songs made famous by Elmore James, Chuck Berry, Muddy Waters, Howlin’ Wolf and Otis Clay. It concludes with the sole original track ‘SRV’ which again pays tribute to one of the greats – Stevie Ray Vaughan.

The 76 year old has enjoyed an illustrious career, cementing herself in Blues history but she takes me back to the beginning, reassuring aspiring singers that they have nothing to fear as she begins. “I never took myself seriously as a singer. I always tell aspiring singers don’t be discouraged, I didn’t make high school choir!” Despite the doubt that lingered in the minds of others, Strehli listened to the radio and studied her craft. “I had a shortwave radio growing up. I’d listen to stations outside of Lubbock, Texas because that was more country and western which I never fully connected with. I could reach places like Shreveport and Louisiana and even Nashville had a great blues show. I didn’t know what the music was called but I wanted to find out about it.”

Though she looked for her inspirations further afield, her home-state – the lonestar state – had it’s own brand of blues. “I think Texas has it’s own brand of the blues. People talk about the fact that there’s a certain kind of a shuffle, an upbeat kind of beat. Texas has its own version that differed from everybody else’s but it became associated with the blues that came out of Texas.” Since the 1960’s she has been touring the world with her brand of blues, whilst periodically releasing records full of the most wonderfully self-penned, original songs. It has been nearly twenty years since her last release although she has kept herself busy on the road during this time. This latest record, unlike her others, is made up mostly of covers.

I was keen to know, why now? “I looked at recording as a real privilege because I know a lot of artists who never had the opportunity to make records,” she begins. “So I took it really seriously and I thought that I shouldn’t put out a record until I had gathered enough material that I thought was worthy. I would try to wait until I had enough original material because I wanted to contribute something to the genre. I didn’t want to just cover songs. But by the time of my life of this record, I felt I had already said enough about my own life. I went back and figured out the artists who inspired me, and then I tried to select a song of theirs, that people had not heard a lot, something that maybe was overlooked.”