Asleep At The Wheel: Half a Hundred Years 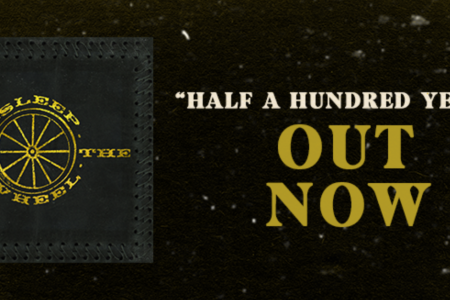 With their latest album, Asleep At The Wheel celebrate their 50th Anniversary as they bring together past and original members as well as fellow artists that they have worked with over the years to celebrate with them. The record features some re-recorded classics as well as previously unreleased songs from the vaults. I was keen to chat to founding member Ray Benson to hear more about the record and travel back in time to discover his initial intentions when he set up the band.

“My intentions were to rule the world at 19 years old, we were gonna change music. We were gonna be millionaires,” Benson laughs as he thinks back on those early beginnings. “The dreams were big but I just thought if I could do that for ten years that would be great. Then I’d get a job teaching music or working in a music store but we got lucky I guess.” Benson talks about the songwriting, not just on this album but over the last fifty years. “I’ve got two coffee tables filled with scraps of paper and can pick up a guitar and play melodies all day long and create melodies, one after the other but songs require the two things and that’s magic.”

Asleep At The Wheel has always had a changing landscape but it was nice for Benson to be able to reunite with so many of his former band mates, especially during this time. “Musically it was fantastic,” Benson begins, “We were spread out all over the world literally. I’ve had 100 people in this band, so we just tried to include as many people as we could.” With the pandemic their original plans for a reunion were scuppered, “March 2020, everybody was converging here in Austin. Literally that week we can’t travel. We had people who lived in Australia, people in Rome, in Vermont, in California. So when we could we got a few people first of all here in the studio at my house, it’s on two different floors. So then we sent the tracks all over the world and when they came back, my son, Sam is the producer and the engineer and he put it all together.”

A number of fellow artists joined the line-up, artists they’ve collaborated with before like Willie Nelson and Lee Ann Womack. A particular highlight of the record comes from a previously unreleased track that features the former along with Emmylou Harris called ‘The Road Will Hold Me Tonight.’ “That was a lost track. I’d written and recorded with them in 81 or 82 and we found it in the barn and resurrected it.” Benson goes on to further explain the story behind the song, “I was always travelling quite a bit and was feeling the good and bad bits of being on tour. Emmy was in town and this is the interesting part, we went down to Willie’s studio to record it and two weeks later the engineer had accidentally erased her vocal. So she did it again, bless her heart. We didn’t have a record deal for five years though and all of a sudden I didn’t know where it was. My son found it in our barn under a pile of tapes and resurrected it. So we were very fortunate that it even exists.”

One of Benson’s sons helps with the production whilst the other son assists with the videography, making it a real family affair. “He’s my partner in this and my other son does all the videos too. He was in Los Angeles for many years working in the movie business, but the ‘Half a 100 Years’ video he edited and shot that, so I’m very proud of those guys. They keep me working” Benson laughs. As he reflects on the past fifty years achievements it’s the fact that the band is still going that he’s most proud of, “people are still playing it, we’re all over the world. We have folks who want to hear the music and that’s the greatest thing I could imagine.”

YOU CAN READ THE FULL ARTICLE IN THE LATEST ISSUE OF MAVERICK MAGAZINE AVAILABLE NOW IN OUR SHOP!