Behind the Song: Sean McConnell 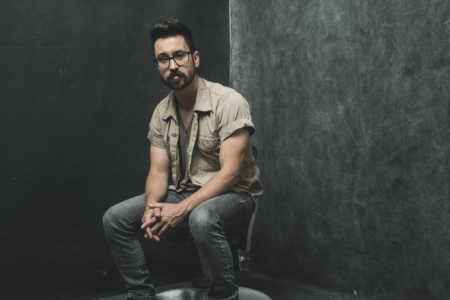 A wave of US stars have been gracing our shores to do their own tours since festival season concluded. One of those artists was Sean McConnell who has had success both as an artist and songwriter, writing for other big names within the genre. His highlights reel is extensive and as he continues to promote his album, ‘A Horrible Beautiful Dream’ I was keen to find out more about his journey through songwriting.

From the rock-leaning sound of Brothers Osborne to the polished pop of Brett Young, Sean McConnell has found success in all branches of country. He began honing his craft at a young age, before he was a teenager he was channeling his emotions into songs in an environment that encouraged his creativity. “I grew up in a house full of music, my parents were part time working musicians. So I think I always kind of had an inkling that it’s something I wanted to do, but by the time I was 11, I learned how to play guitar and started writing songs.”

Inspired by the likes of Crosby, Stills, Nash and Young, Joni Mitchell and David Wilcox, McConnell began writing and he still remembers his first song, “It was a song called ‘Paper People’, which is a hard hitting, exploration of a 12 year olds emotions about moving somewhere. Having written songs since I was 12, and now being 38. I mean, obviously, there’s a certain amount of cringing that happens, but also, it’s really fun to see the arc of where it was and where it’s come. But also, there’s a certain amount of recklessness when you don’t know what you’re doing that it’s refreshing to kind of listen to the way that I wrote before I knew what I was doing, that I really enjoy.”

After moving to Music City, McConnell began life as a working songwriter. A nine to five job, Monday to Friday with each day filled with writing appointments. “I’ve been writing inside the publishing deal world for about 17 years. Earlier on, it was a lot more of that nine to five, co-writing five days a week. It didn’t always feel like a job. But after a certain amount of time, it did get a little gruelling, and there was probably more days that felt like work instead of play or music,” he reflects. He decided something needed to change to rekindle his love of the craft. “I’ve tried to really figure out and make decisions to where that’s not the environment that I’m surrounded by. It feels a lot less like, I’m punching a clock now because at the end of the day, it’s music, and I think it should be fun. I think creativity enjoys and is attracted to fun a lot of the time.”