Behind the Song: This Kiss 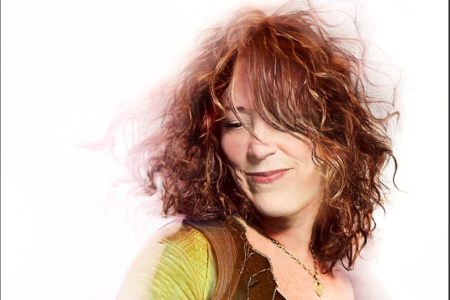 Behind the Song: This Kiss

‘This Kiss’ was one of the biggest hits of Faith Hill’s career. It was also Beth Nielsen Chapman’s biggest hit as a songwriter too. It featured on Faith’s third studio album in 1998 and upon it’s release as a single topped the country charts in the States. 24 years after it’s release and it’s still one of the most popular country songs that regularly appears in both Beth and Faith’s live shows. However, it wasn’t an instant hit and was rejected multiple times by various artists before it found it’s way to Faith.

“Just because it’s rejected doesn’t mean it’s not good,” Beth says as she reflects on the story behind the song and the journey it went on. The version we hear Faith singing is not how it was originally written by Beth, Annie Roboff and Robin Lerner. “I think you can write a really good song that you can treat differently in the way you produce it,” Beth analyses. “We wrote it on this little keyboard with a bass trombone and a little clavichord kind of sound and a little drumbeat. It’s completely different than the Faith Hill record. When I got in on it, Annie had the music for the verse and the chorus. To us it was like an r&b pop song. We were pitching it to Brandy, we pitched it to Patti Labelle, lots of black r&b artists, or pop artists, or indie artists and nobody really bit.”

The song would sit in the metaphorical draw for a whole year, but despite the rejection, all three songwriters were confident they had something special on their hands. “It was a strong song, airtight to me. Annie is one of those people I will write with forever. She’s got such a great sense of writing a song that has all the sections, and then she brings that bridge up. And instead of dropping it back down, she brings it up and goes up another notch. She’s just a fantastic builder of songs,” Beth raves about her fellow writers. “When we wrote that bridge, ‘You can kiss me in the moonlight, on a rooftop under the sky,’ the first line is very simple, and it builds to more syllables and then the bridge becomes very busy. In this case, it just has everything you know. So it was bizarre to us that everybody wasn’t fighting over it.”

The writers didn’t give up on the song though and a year later, Annie saw an opportunity. “Annie heard that Faith Hill was getting ready to go in the studio, and they were looking for songs. She said, ‘You know, I think if we move this to guitar, and pull away some of the more r&b elements, and maybe just go in and record it with country drum sounds and steel guitar.’ So we did and Jamie O’Neill sang the demo. She ended up getting a record deal and becoming a very successful artist after that. But she did a great job on the demo.”

Beth sung back up vocals on the demo which Faith and her team loved. “First of all, Beth Nielsen Chapman is an extraordinary woman as a singer, songwriter, she’s incredible. When I first heard ‘This Kiss’, I couldn’t believe it. I thought what have I just heard, I was floored.” Faith gushes when talking of the song at a recent press day for the TV show 1883. Beth resumes the story, “It got cut right away by Faith, and then Faith called me in to do the background vocals, like I’d done on the demo. It was a beautiful thing. But without shifting the production, they probably wouldn’t have heard it.”

The song not only topped the country charts in the States and Canada, it made the top 10 on the Billboard Hot 100, top 30 in Sweden and Austria, number four in Australia and 13 in the UK charts. It also got nominated for two GRAMMY awards – Best Female Country Vocal Performance and Best Country Song but lost both to Shania Twain’s ‘You’re Still the One’. Whilst it was on the charts, Beth and her fellow writers had many artists expressing their sadness about missing out on the chance to record that song. “It was really interesting, when it won Song of the Year for ASCAP, we were in LA at the big pop awards. Brandy came up to me and Annie and said, ‘I love that song. I wish you would have sent it to me.’ We did. It’s funny, because people think, if you’ve had a hit that the minute it came out, everybody went, Oh, that’s a hit. But I’ve had seven songs go to number one, and I can’t think of one that didn’t have to hang out for at least six months.”

In 2014, Beth recorded her own version of the song for her album ‘Uncovered’, “People come up to me and go, are you really sad that you gave it to Faith Hill, Beth, because you could have had a big hit with it? And I said, No, I’m very happy, because Faith was just on a trajectory, she had just come off a big hit. She had a huge amount of support from her record label. I was absolutely thrilled. I’m always happy for anybody to have a hit on my song. It doesn’t have to be me,” she says. “I also recorded my own version of it, so you don’t have to say I can never do my songs if other people have sung them, in fact I have a whole album which is all the songs that other people have recorded and had success with and then I just went back and did my versions. That was a blast, I got to have my cake and eat it too!” she exclaims, a smile on her face.

Perhaps the song was just looking for the right voice to deliver it and land the emotion and the powerful vocals Faith possesses took the track to new heights. “It took me years and this is the honest to God truth, it took me years to feel comfortable singing it live because it is a very difficult song to sing,” Faith admits. “It’s one of those that you can sing along with and it seems simple but singing it night after night, that was a muscle memory that took me years to feel like I had finally got it. So now it’s actually more enjoyable to sing now, than it was when it was a hit. I’m glad that they wrote that song and saved it for me.”