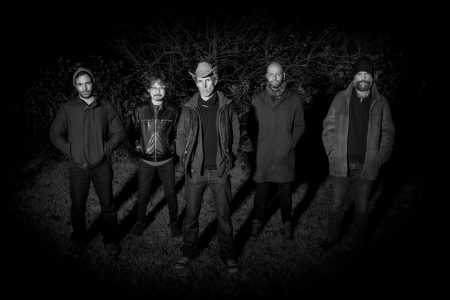 The multi-cultural musings of Yonder Boys

The Americana Berlin-based trio, Yonder Boys, have come together from all over the world, bringing their different influences and cultural sensibilities to the music scene in Germany. None of the core members of the group are from Germany but they have made waves in the music scene there. Banjo player, David Stewart Ingleton is originally from Forster, in Australia, guitarist Jason Serious hails from Baltimore, USA whilst Tomás Peralta who jumps from mandolin to double bass, drums to keys and helps out on the banjo, comes all the way from Santiago, Chile. Speaking of the band’s formation Ingleton said “We all came to Germany for different reasons being music, work, love and family. We had different levels of experience and interests in all types of musical genres but we love to write and perform folk and Americana music.” Speaking about the music scene out in Germany the Yonder Boys praised the fans saying, “Germany has a definite love affair with music and interest in all styles. German audiences are also very kind, attentive and some of the most generous fans you will meet so to play here, once you find a nice fan base, will always be a joy.” Reflecting on the audience’s perception of their music he says, “most in Germany and most likely in all of Europe would likely define all music played with a banjo as “Country,” a little explanation of the different sub-genres of American Folk can help people understand the variety of different music that can be played on such, sometimes polarizing instruments as the banjo.” The band’s latest album, ‘Acid Folk’ features wild banjo melodies and intricate fingerstyle guitar, Sicilian chants and Beach Boys harmonies whilst the lyrics range from abstract to descriptive and melancholic. “We Yonder Boys are a band that likes to push those boundaries and enjoy pushing people into listening to our music that wouldn’t normally enjoy a song with a banjo or mandolin and three part harmonies.” says Ingleton. The musicians that they enlisted to play on the album spanned seven nationalities including Japanese, German, French and Chilean. Ingleton says that this shows “Country music, as people still might classify it in mainstream Germany, isn’t always just white guys in Cowboy hats, well… not everyone at least!”

The Berlin-based Rodeo FM are fresh off the back of releasing their EP ‘All The Things You Asked For’. The Alt-Country/Americana group have been making music for the last 15 years, playing all around Europe from the south of France to the Russian border, from vernissages to line dance saloons, from weddings to funerals. Singer-songwriter in the band, Pat Cater, talks about the highs and lows of the scene in Berlin; “Berlin is still a great place to make music because of the the huge number of diverse musicians of all kinds” Cater begins. “The Berlin Americana scene is small. One of Europe’s biggest country festivals, the Country Music Meeting, takes place in Berlin annually but it is rather mainstream, which in Germany means it is verging on a genre called “Schlager”, quite compatible with beer tents and the Oktoberfest.” The alt-country scene is tricky to make a living from too, especially for bands due to running costs, “With clubs dying and fees at an all time low, more often than not, it means playing just for the hat” Cater continues. However, Rodeo FM have managed to carve out a long and successful career and have been able to adapt to the changing scene. “A lot of shows in Berlin have actually gone private with in-house concerts organised in flats or offices. That being the case, until 2020, Berlin was a hot spot for US touring artists like Willy Tea Taylor or the Harmed Brothers who have been here more than once.” Rodeo FM have prided themselves on ear catching choruses, and guitar and pedal steel soaked tracks that take you on a journey from start to finish. This EP is no different from the old school sounds of Shame, Shame, Shame with its unusual banjo counter melody to the slow building Worthless Gain, the first single to have been released off the bands latest project. The songs on this record were all recorded just before the first lockdown in 2020, but they are excited to get back out on the road and get back into the studio together soon!