Beyond Nashville: Norway to Trinidad and Tobago 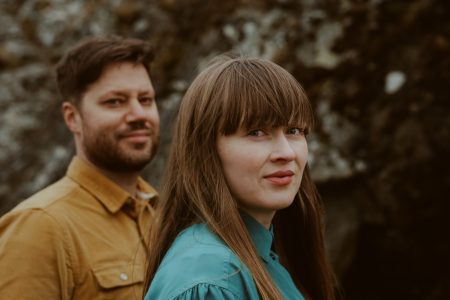 Music is a universal language, it’s a privilege to hear everyone’s different interpretation of it around the world as they channel their different cultures to make their own version of the genres we love

Fayen was founded by Anne-Grethe Nyhaug and Gøran Bogstrand, both profiled musicians on the roots and americana-scene in Trondheim. “The music scene in Norway is very diverse” Nyhaug says, “Country, folk and americana has been around for many years, but there’s been a lot happening the last few years. I think the movie ‘Oh Brother Where Art Thou’ sparked a bluegrass trend which since has developed into what is popularly called nordicana – americana with a nordic twist.” Nyhaug was born in rural north western Norway. She grew up by the ocean, with sheep, pigs, hens, american cars and music. The first time she stood on a stage singing was at 5 years old, and since then she’s stood on many stages, performing a variety of music. However, she has never let go of the country music she grew up with.
Meanwhile, Bogstrand is from Melbu, a small village in Vesterålen, northern Norway. Surrounded by mountains, fish and guitars, his passions in life were set from early on. He has played guitar in a number of different bands, but has immersed himself more and more in the traditional music from northern America.
“I think we’ve mainly been inspired by american music, but there’s definitely a nordic sound in our music as well. We listen a lot to norwegian traditional music and singer-songwriters. Many people come to Trondheim (where we live) to study music, so the local music scene is very exiting. It’s always been an inspiration. Some of the artists which have been important to us (to mention some) are Emmylou Harris, Gillian Welch and Dave Rawlings, Feist, Alison Krauss and the Union Station, Sufjan Stevens, Ane Brun, Sudan Dudan.”
Their debut album ‘From Here On Out’ draws a lot from those influences as they carve a path and find their own unique voice. “On this album there’s both songs written from personal experience to the ‘big questions’. Religion or social injustice may be the theme in some songs, and then you have Meander Love which is a straight out love song.”

Trinidad and Tobago is 2,375 miles from Nashville, Tennessee and 4,408 miles from London but Gary Hector has drawn influence from some of the biggest artists from both these parts of the world as well as his native musicians. “Once I touched a guitar at around 19 – a very late beginner by most standards – I just never put it down, with the ambition being to get into a rock n roll band.” Hector did just that less than a year later, heavily influenced by The Rolling Stones; “That sound, that look, that style, that attitude, that swagger, that Rolling Stones” he proclaims with enthusiasm. “The Stones led me to lots and lots of history and a whole new world. They even led me to where I am right now.” Hector has just released his album National Trash which features single Today I Ride Alone. Trinidad and Tobago have a rich music scene and Hector appears to be proud “We have a history, and also our own music form in The Calypso. Over a hundred year old art form and some amazing exponents of the art. As most music styles, they change and merge and take new shapes in modern times, but my passion for our music is generally with the past greats. I’m deeply inspired by the living legend The Mighty Sparrow, the undisputed King of Calypso from the mid 50’s to the 70’s, alongside The Lord Kitchner, two geniuses. Also hugely inspired and influenced by another living legend David Rudder, who picked up the mantle in the mid 80’s and produced decades of high-class work.”
Though influenced by Rock and Calypso, Hector’s debut album sees him shift to the country and americana scene instead. We hear a beautiful pedal steel in the production an integral part of our genre yet we hear his laid back vocals, a freedom to his lyrics reminiscent of his native influences. Hector intends to keep on writing and releasing music, exploring his influences in greater depth and translating that into his own music. It’s not just music he has to focus on though, Hector is a gifted footballer, batsman, bowler and golfer!