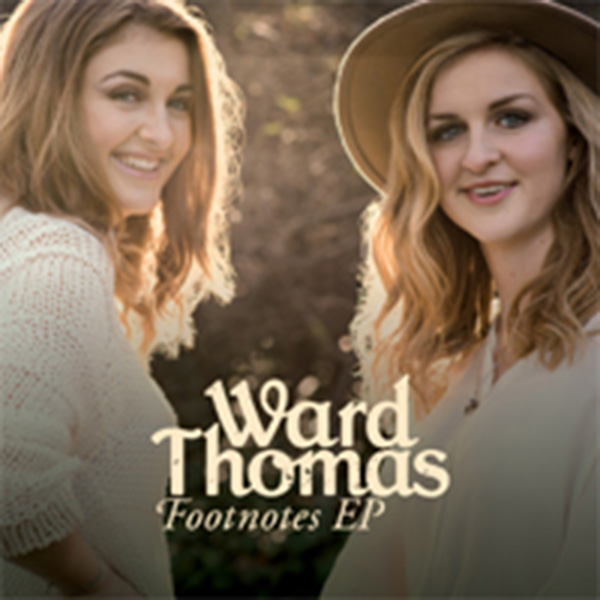 Ward Thomas - The Good And The Right

The Ward Thomas twins Catherine and Lizzy are re-creating country in the UK with their unique mix of traditional and new. The Good And The Right, from their FOOTNOTES EP, shows off their flawless harmonies and skilled writing. The song has been enjoying airplay on BBC Radio 2 and great reception from both the public and reviewers. As has debut album, FROM WHERE WE STAND, which was only just released on July 21. 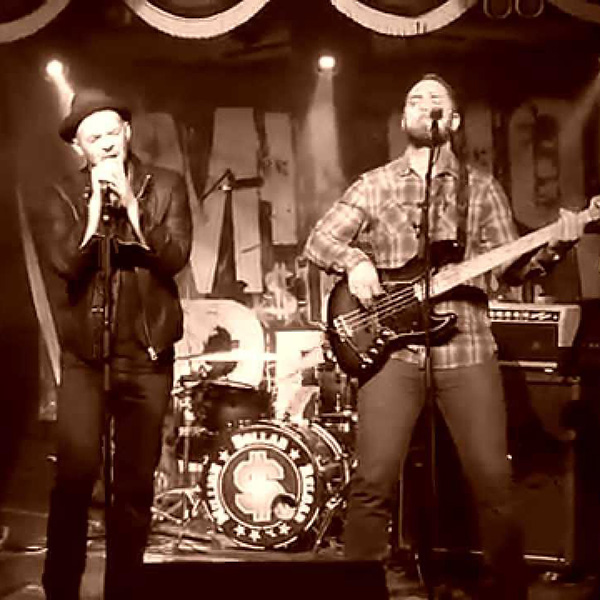 The Rising - City By The Sea

As you’d expect from a band who share their moniker with a Bruce Springsteen album, The Rising play impassioned guitar-charged rock shot through with a smart pop sensibility and everyman lyrical sentiments. City By The Sea is a catchy, summery track from album COMING HOME which was recorded in Belfast, Nashville and Los Angeles, by several different producers, among them Grammy Award-winning engineer Hank Williams. 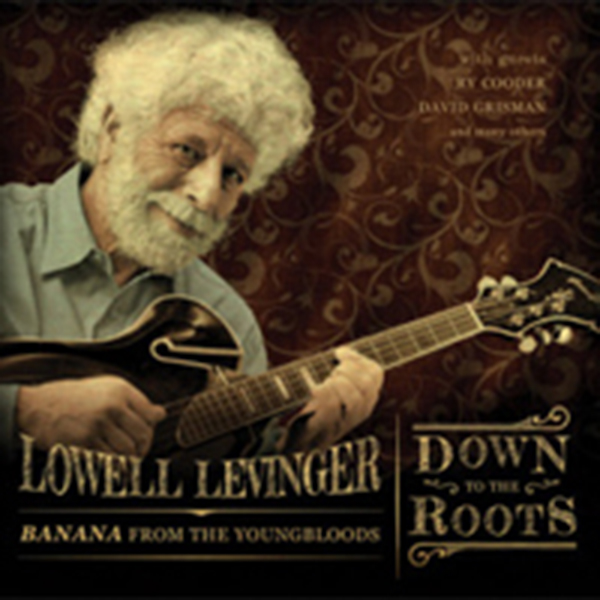 Lowell Levinger - Married To The Blues

Lowell Levinger is an original founding member of The Youngbloods and was an active part of the folk scenes in Cambridge in the early 60s before he moved to New York to form the Youngbloods with Jesse Colin and Joe Bauer. Married To The Blues taken from album DOWN TO THE ROOTS is a sexy, muddy love letter to the blues. 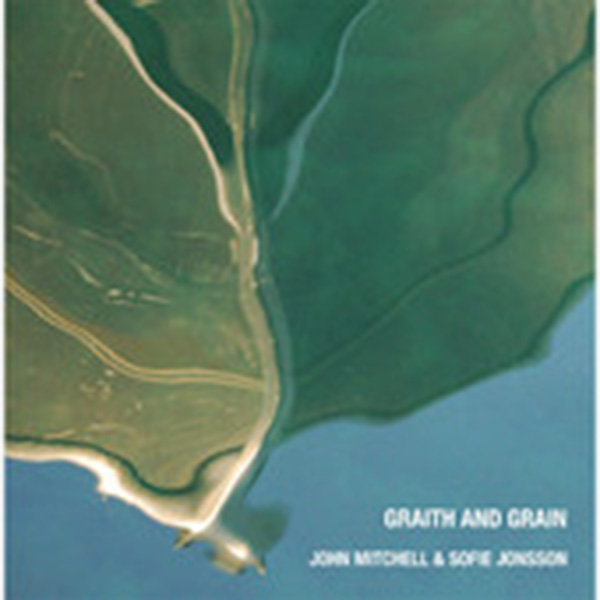 Touring extensively in their current home of Sweden and appearing on stages such as the Scandinavian Country Festival in 2013, John Mitchell and Sofie Jonsson are making a name for themselves across Europe with their Celtic/Americana influenced roots music. Leaving Carolina showcases the skilled fiddle and harmonies that tie together EP GRAITH AND GRAIN. 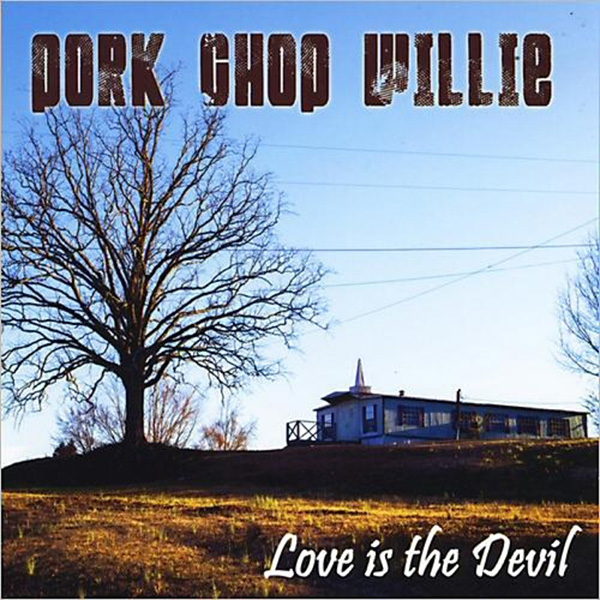 Pork Chop Willie - Too Many Cuts

Pork Chop Willie’s Too Many Cuts is a cool, bitter tale. Bill Hammer's gritty vocal style and violinist Melissa Tong’s impressive musicianship makes for a high quality but approachable sound. Debut album LOVE IS THE DEVIL is full of blues, Americana and alt country mixes that work flawlessly and believably thanks to the chemistry between these two. 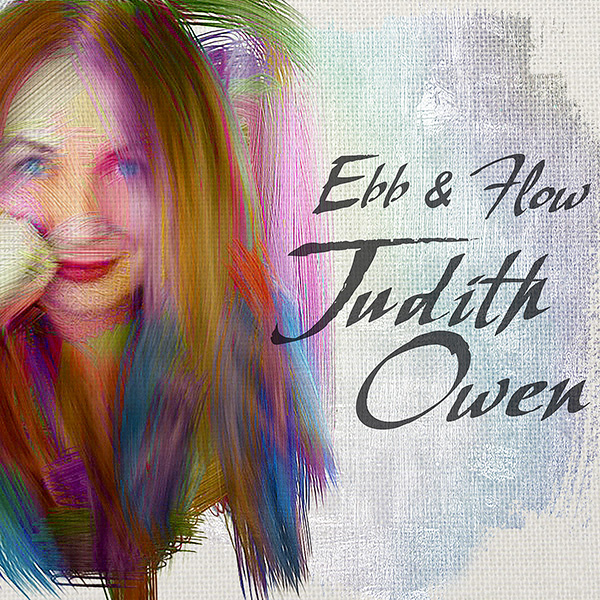 Judith Owen - In The Summertime

The most mellow cover of this song you will ever hear! Welsh singer-songwriter Judith Owen created her latest album EBB AND FLOW as a celebration “almost a love letter” to the legendary musicians who created the 70s troubadour sound. “In The Summertime is a ridiculously silly song,” Judith has said of this track “And so I asked ‘What would Joni do?’ It’s warm, with a glint in the eye and a sense of fun.” 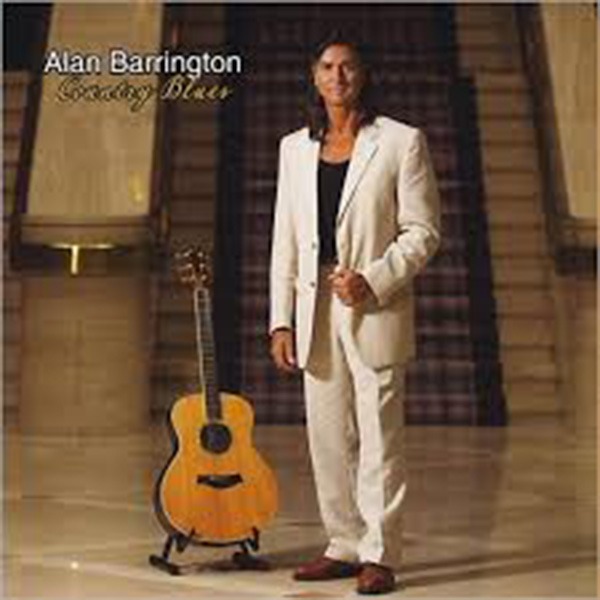 Alan Barrington’s COUNTRY BLUES album is two years in the making and the result of collaborations with such artists as Steven Swimford, Ken Bryan, Glenn Alexander, John Page, Don Wigton, Richard Putnam and David Huberman. Songs such as No Mo show Alan to be a skilled blender of country, blues and jazz. 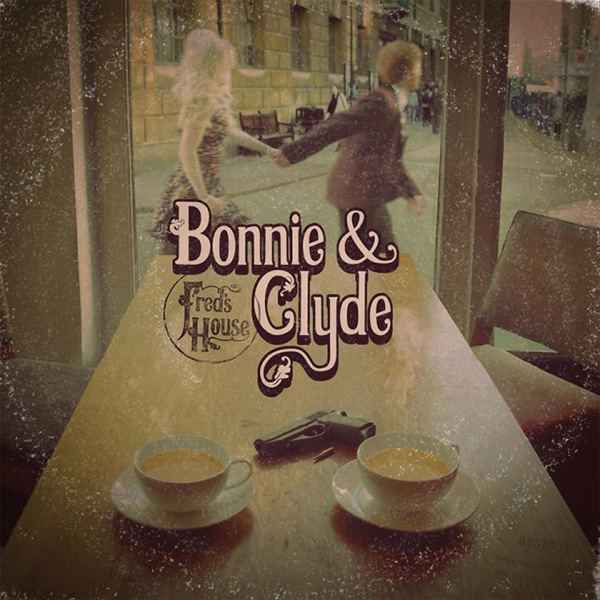 Fred’s House - Standing Next To Me

Fresh from winning the NMG award for Best Folk & Roots Act and Audience Choice, Cambridge folk-rock quintet Fred’s House have been busy touring the UK in support of their debut album BONNIE & CLYDE. Stunning vocals from Vikki Gavin and an impressive balance between power and sensitivity in lyrics and arrangement that set this band apart. 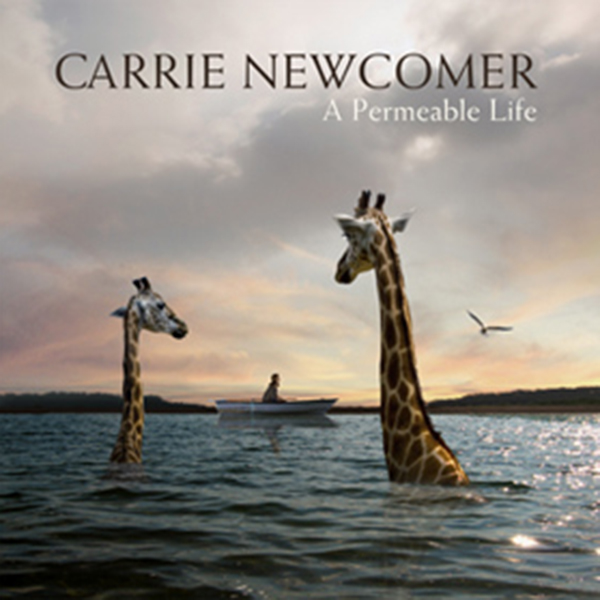 Carrie Newcomer - Every Little Bit Of It

Thoughtful lyrics and reflection, signature deep and conversational voice and elegant stripped back arrangements from spiritual songwriter Carrie Newcomer. A PERMEABLE LIFE confirms Newcomer as a writer’s writer and her many collaborations with celebrated authors and passion for literature are reflected in her gorgeous way with words. 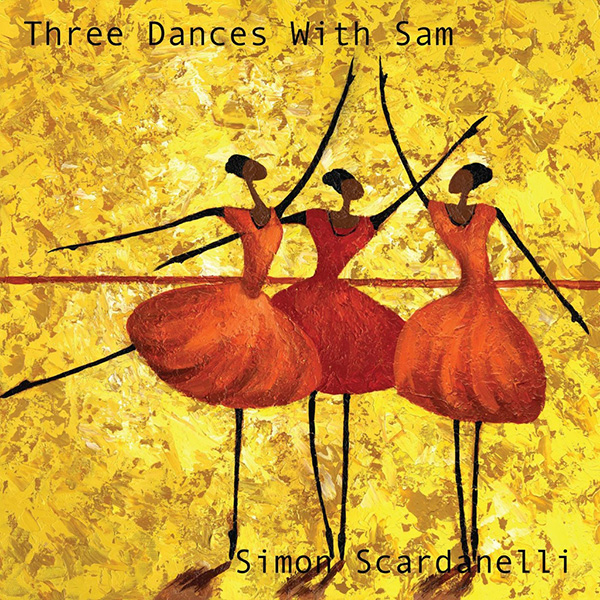 Simon Scardanelli has a truly unique voice, full of character and nuance, and he tells his tale with believable melancholy. Scardanelli’s wails sound a little Bowie-esque and he did in fact enjoy some chart success in the late 80s with a top 40 hit from his Anglo-Canadian duo Big Bam Boo. Since though he has become known for his dark but beautiful narratives and his latest album is due this autumn. 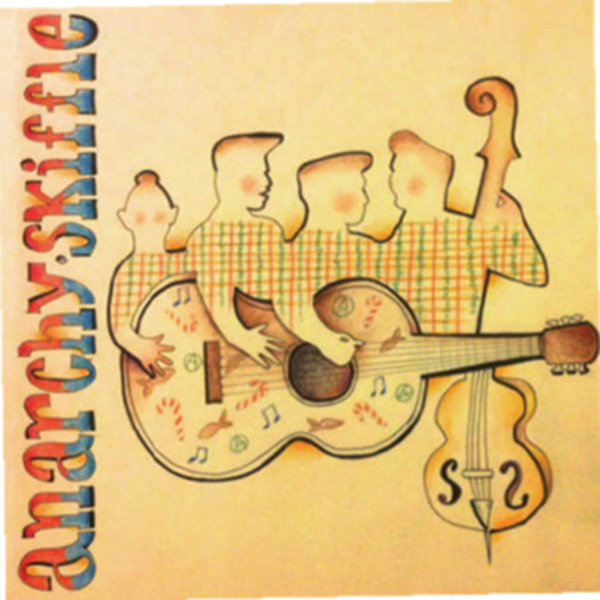 Helen McCookerybook sings of a lover who stole not only her heart but the hearts of other women. The simple but effective lyrics provide a wonderful contrast to the bright melody and whistles. Helen is not just a skilled singer-songwriter but a British cult figure of the punk and New Wave movement as well as the author of 10 year academic book 'Lost Women of Rock'. 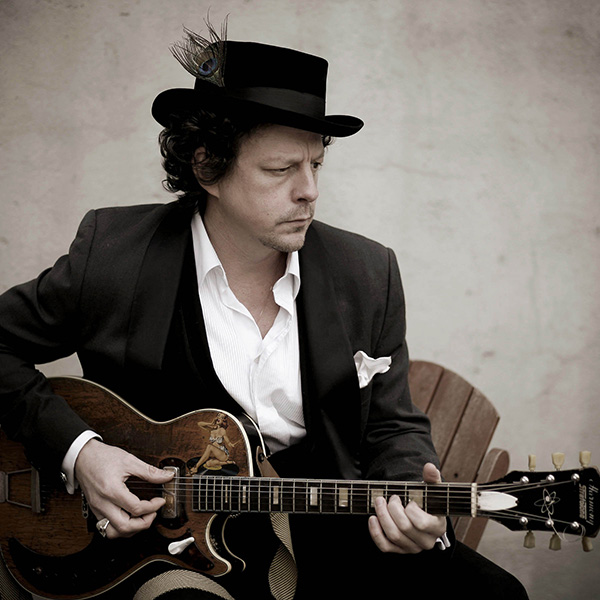 Ian Siegal is perhaps best known as a bluesman, but that’s just one shade in the palette of an artist who slips between continents, eras and expectations, and who typifies modern Americana - Siegal is at the top of his game. His latest album MAN & GUITAR (LIVE AT THE ALBERT HALL) was recorded by the BBC at The Royal Albert Hall and The Silver Spurs is a track full of pure energy and soul. 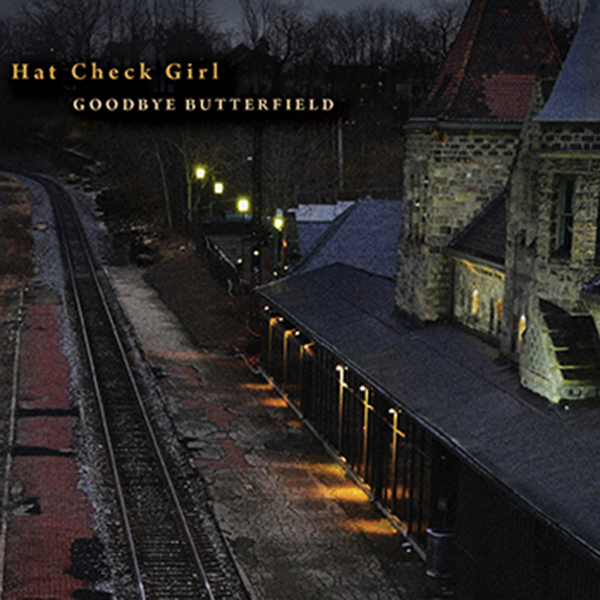 Hat Check Girl, the collaboration between veteran songwriters Annie Gallup and Peter Gallway has released GOODBYE BUTTERFIELD, its fourth recording in as many years. Grandmas’s Best China is a nurturing song that displays the confidence and craftsmanship that you would expect from this duo. Nostalgic folk, country sounds but with a clear vision and voice that can be enjoyed by many different audiences. 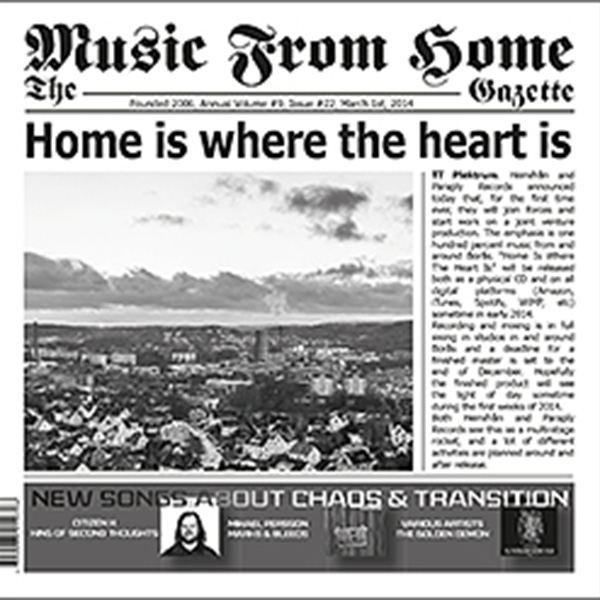 Intsrumental, I’m Sorry was written by leading Swedish country artist Gina Samuleson, here interpreted by her brother Berra Karlsson. Relaxing, Hawaiian vibes create a soothing, instrumental that’s sure to get you swaying along. This is a perfect summer theme taken from Hemifrån’s compilation HOME IS WHERE THE HEART IS. 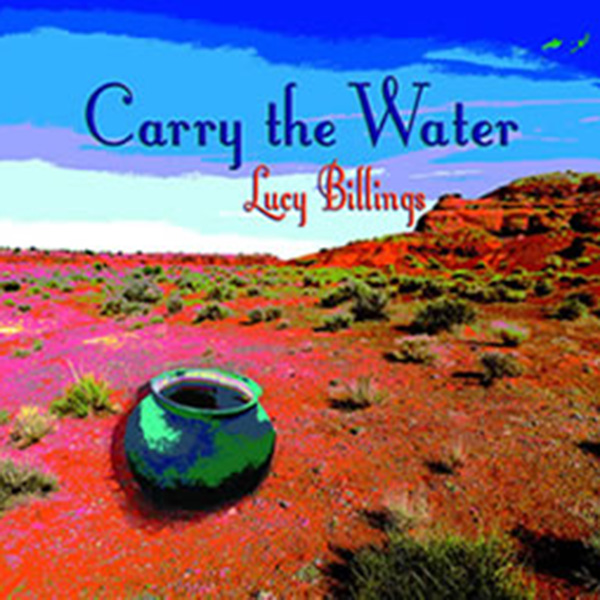 Lucy Billings paints a stunning picture of the mountains and landscapes of Wyoming in a country song with swing and soul. Lucy recounts her childhood experiences in Wyoming in a personal and honest narrative set to a catchy melody. Billing’s vocals are both comforting and conversational. 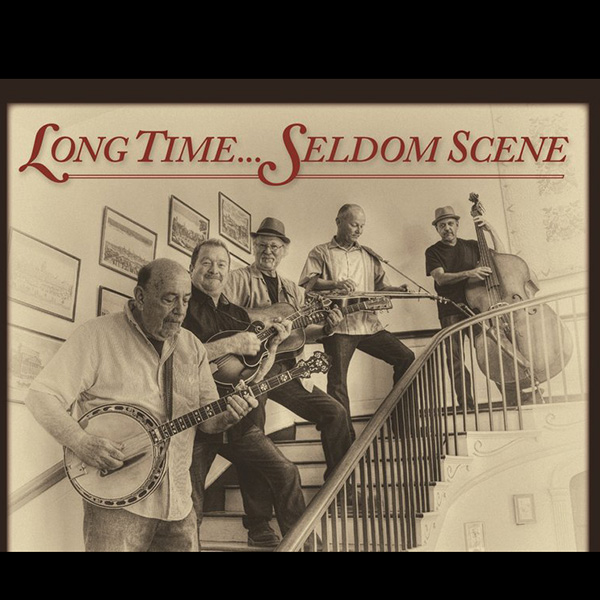 Seldom Scene founding member (and physician) John Starling was in Los Angeles to attaned a medical conferences and went to hear Herb Pedersen. Herb liked the Scene, and gave John a tape with the songs Wait A Minute and Old Train on it. The Scene recorded both songs, and Starling returns to sing with the current members on this new version of the band’s signature song for some gorgeous, heart-wrenching bluegrass.