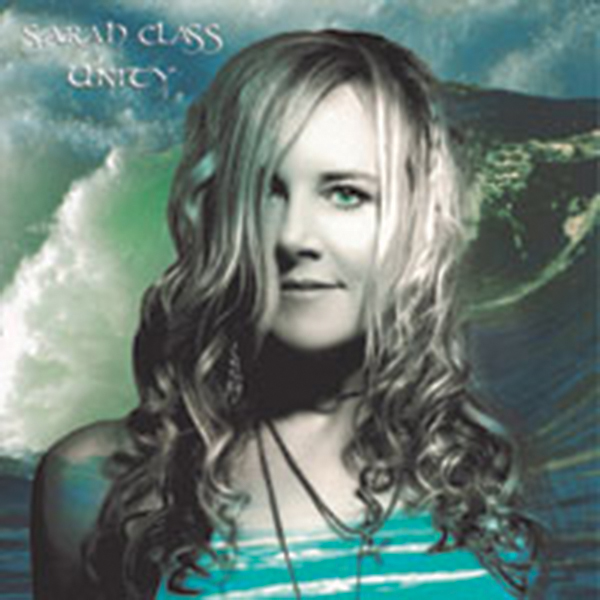 Northern Shore is the lead single from award-winning composer Sarah Class’ debut album UNITY, which was released on 2nd October 2015 on Glorious Technicolour Records (and is reviewed in this month’s issue). A keen surfer, Sarah says “The song’s chorus of Hawaiian voices evokes in me a dream-like vision of being in the curl of a thunderous wave. Live in the moment, ride the wave you’re on.” 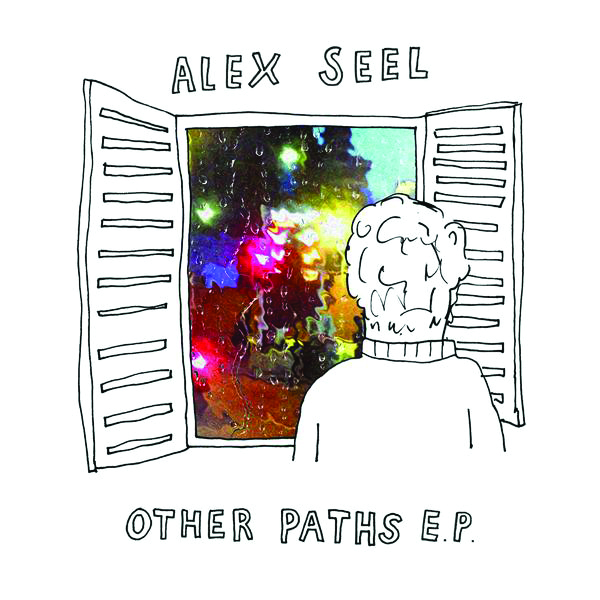 Alex Seel’s song-writing style and finger-picking guitar technique is reminiscent of 70s contemporary folk troubadours. Nick Drake and Bert Jansch are among his influences. In 2013, he released his SHIFTING SANDS album to critical acclaim and supported Graham Parker in Italy. He continues to perform in the UK and Ireland. Oh The Glamour is taken from his current release OTHER PATHS EP which leans towards social commentary. 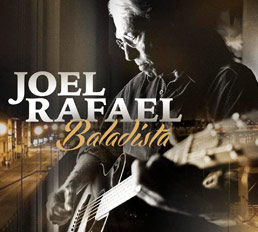 In the late 60s, Joel Rafael migrated from Los Angeles to Portland, Oregon with a group of politically motivated writers and artists in an effort to avoid being drafted into the Vietnam War. During a city-wide sweep of the youth underground, Rafael was arrested and spent 14 days in a Portland jail, an experience the acclaimed singer-songwriter recounts in the wistful folk ballad Old Portland Town, from his newest release BALADISTA. 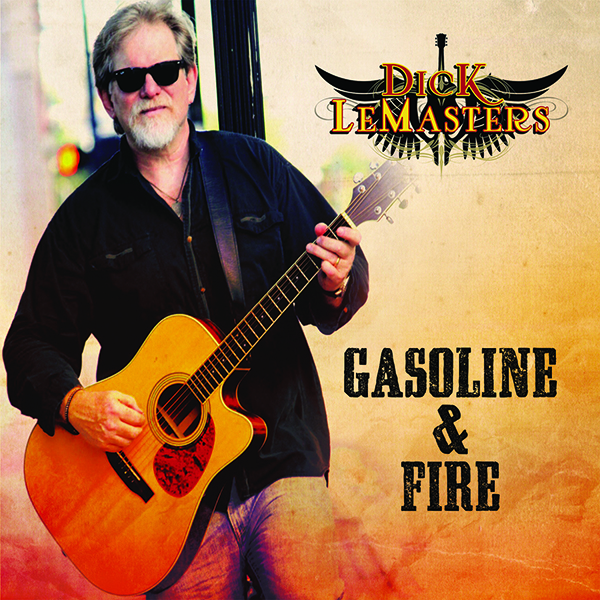 Dick LeMasters – I Pour Out My Soul

Texas Americana, roots & blues artist Dick LeMasters’ song-writing is showcased on his new acoustic album GASOLINE & FIRE. The featured track I Pour Out My Soul tells the story of an old cowboy singer that proves hauntingly true for many singer-songwriters. LeMasters is a regular performer at Willie Nelson’s hangout, Poodie’s Roadhouse located just outside of Austin, and draws on the Texas songwriter tradition established by Guy Clark, Jerry Jeff Walker, Ray Wylie Hubbard, and such. 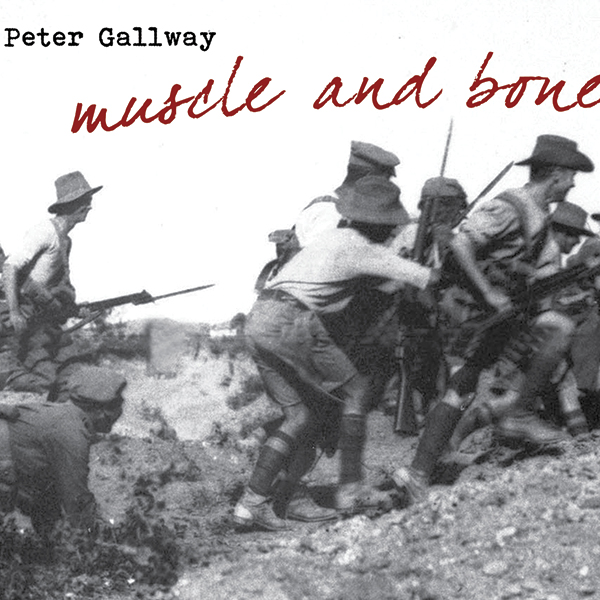 Hymn is taken from MUSCLE AND BONE, the 18th solo release from acclaimed singer, songwriter and producer Peter Gallway. He has collaborated on five CD projects with iconic songwriter Annie Gallup, as the duo Hat Check Girl and has produced over 60 albums and special projects, such as the Grammy nominated BLEECKER STREET: GREENWICH VILLAGE IN THE '60s featuring Chrissie Hynde and Jonatha Brooke. He and Annie Gallup reside in Santa Barbara, California. 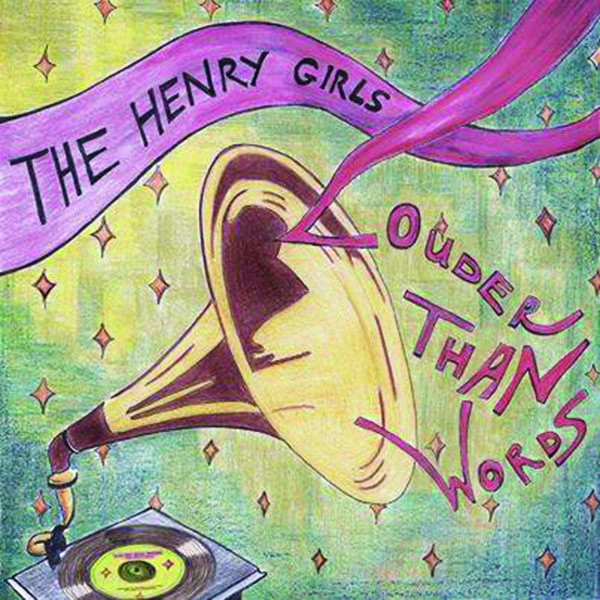 The Henry Girls Feat. The Inishowen Gospel Choir – Here Beside Me

Here Beside Me is an original song by folk trio, The Henry Girls. It is the closing track of the sisters' latest album LOUDER THAN WORDS. It was written as a tribute to their homeland Inishowen. Its a cappella opening gives way to a church-like Hammond organ and a grand chorus with the Inishowen Gospel Choir, who are a Donegal choir co-founded by one of the Henry Girls. 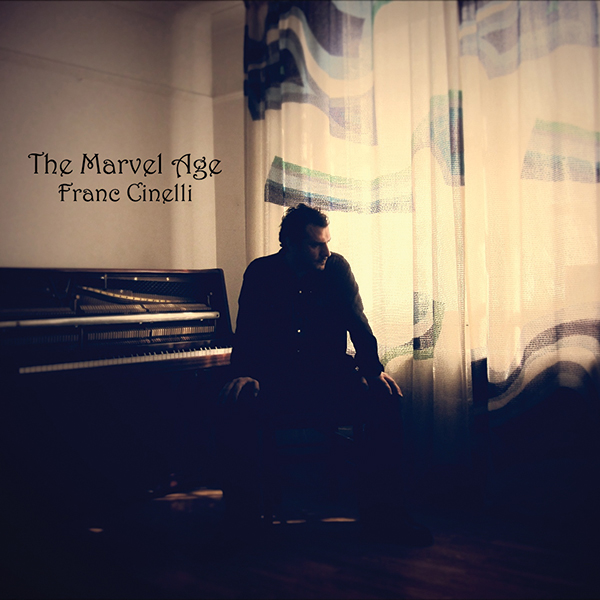 Franc Cinelli is an Italian songwriter based in London, England. His new album THE MARVEL AGE embraces the sounds of folk and rock 'n' roll and shows an artist continuing a determined path, not afraid to take chances and experiment. The extensive 12 month tour promoting his last record I HAVE NOT YET BEGUN TO FIGHT, which gave birth to this new album, saw him playing shows across UK, Europe and North America. 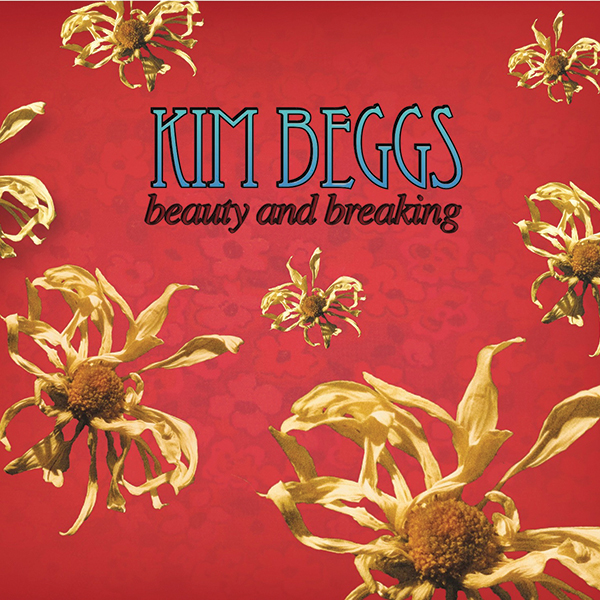 Kim Beggs – Not Only, Only From The Whisky 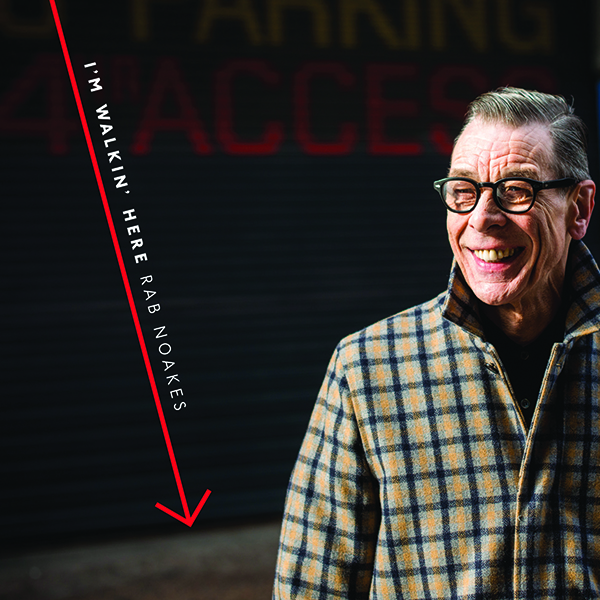 Where Dead Voices Gather, a celebration of the great Emmett Miller, is a track from the latest Rab Noakes release I'M WALKIN' HERE. The double-CD, described by Rab as 21st century skiffle, is his 19th solo outing. It has been reviewed as “a masterclass in how to get it right.” Rab’s career stretches back to the late 1960s and the present day finds him as creative and busy as ever. 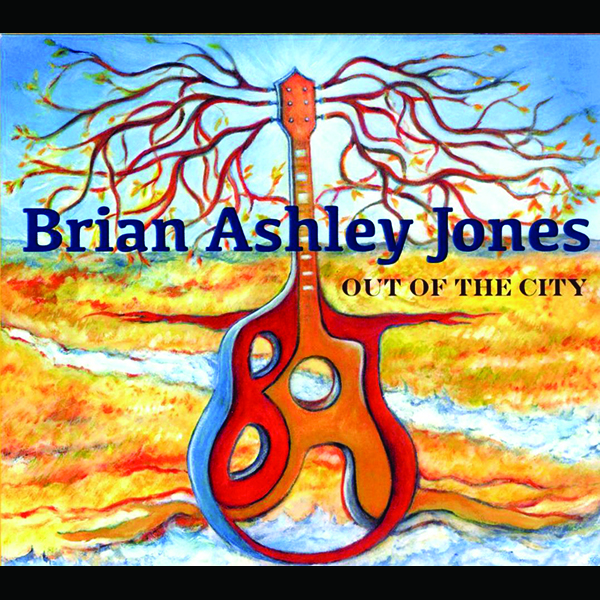 See You Wasting Time showcases the guitar mastery of Brian Ashley Jones. The track is taken from the singer songwriter and acclaimed guitarists third album OUT OF THE CITY with features collaborations with Jonell Mosser, Suzi Ragsdale, Ike Stubblefield, Kevin McKendree. 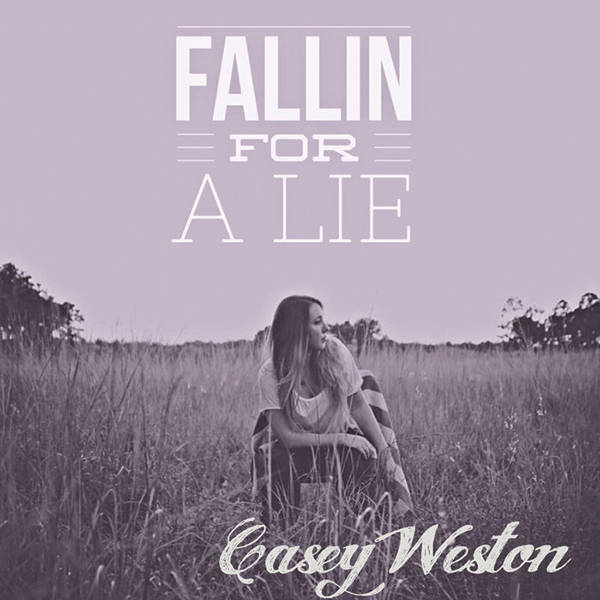 Casey Weston – Fallin' For A Lie

Who hasn’t fallen for a lie at one time in their life? For that matter, who hasn’t known that something wasn’t as it seemed but decided to go for it anyway? Sometimes life can’t be that fairy tale of perfection. Sometimes you might even want to fall for a lie. That may be part of what it is to be human. And maybe that’s ok. Casey Weston sings about this turmoil in single, Fallin' For A Lie. 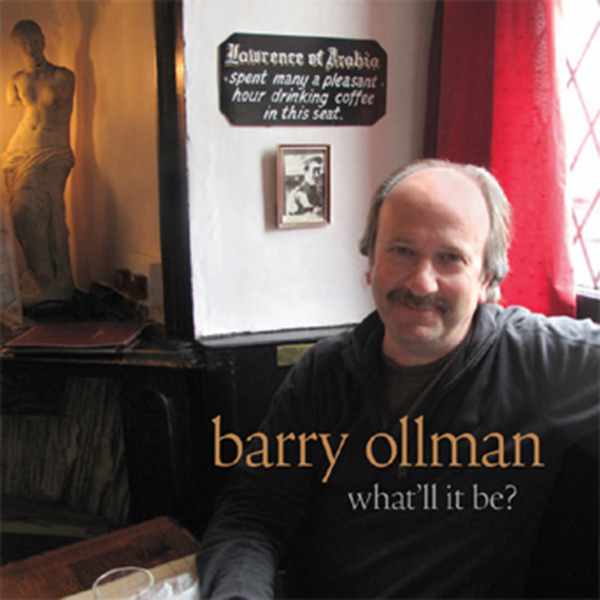 Barry Ollman Feat. John Fullbright – The World Is Your Apple

The World Is Your Apple is another track from the 50th anniversary tribute album HIDDEN TREASURES - SINGER SONGWRITERS FROM HOME. Barry Ollman's song was inspired by a letter that Johnny Cash wrote to Bob Dylan in 1968 and features the one and only John Fullbright. 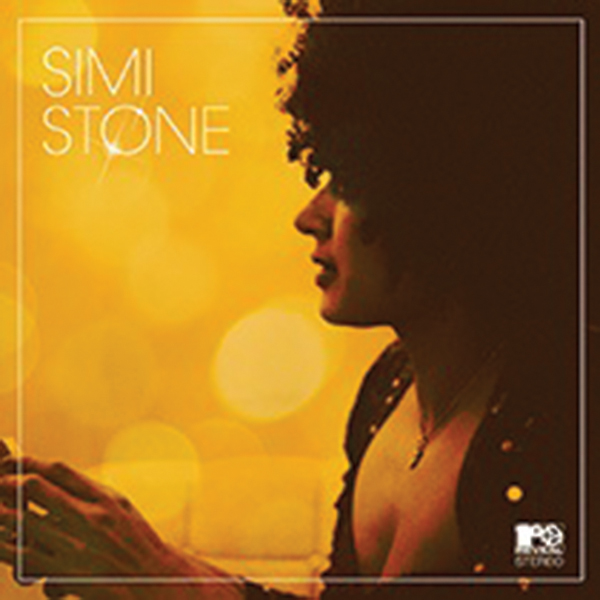 Simi is a violinist, guitarist, pianist, composer, and singer. Born and raised in Woodstock – the magic of the mountains is in her blood. She has performed and toured with Simone Felice, Connor Oberst, Dan Zanes, Elizabeth Mitchell, Natalie Merchant, Amy Helm, and Duke and the King. 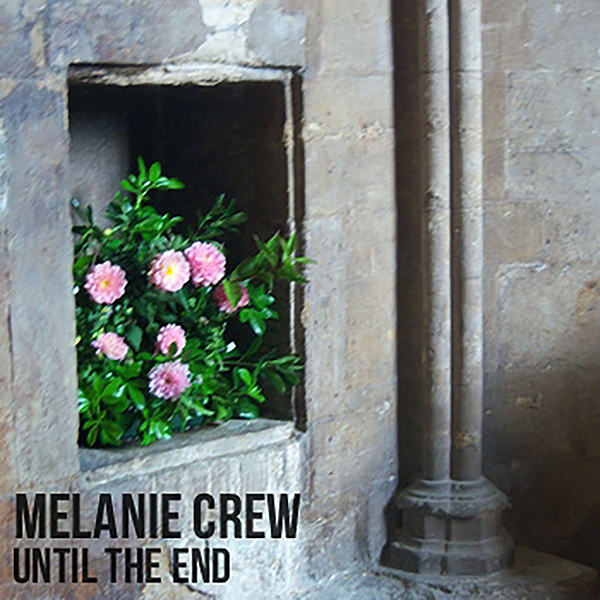 Melanie Crew - With You

Melanie Crew is a London based singer and musician (guitar and clarinet). Inspired by Elliott Smith, Hem, Roddy Woomble and Neko, she writes gentle acoustic music with soulful melodies.