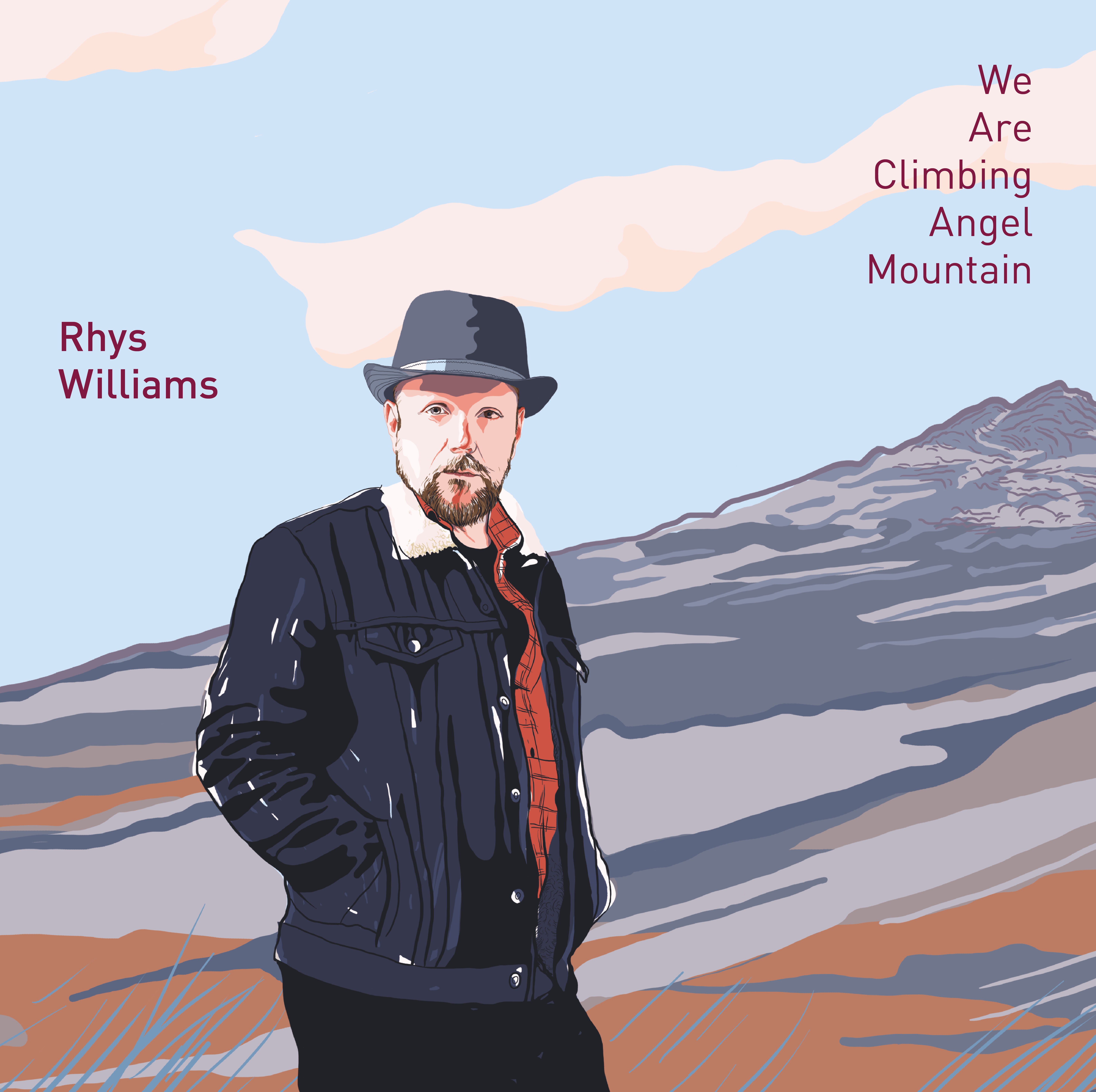 Taken from his new album, We Are Climbing Angel Mountain, UK singer/songwriter Rhys Williams gives us Carrying Destiny Home, about controversial US campaigner Barbara Harris, founder of Project Prevention, an organisation that pays addicts to be sterilised. Released 3 March, Williams’ album is a timeless songbook of melodic artistry and deft lyrical craft. 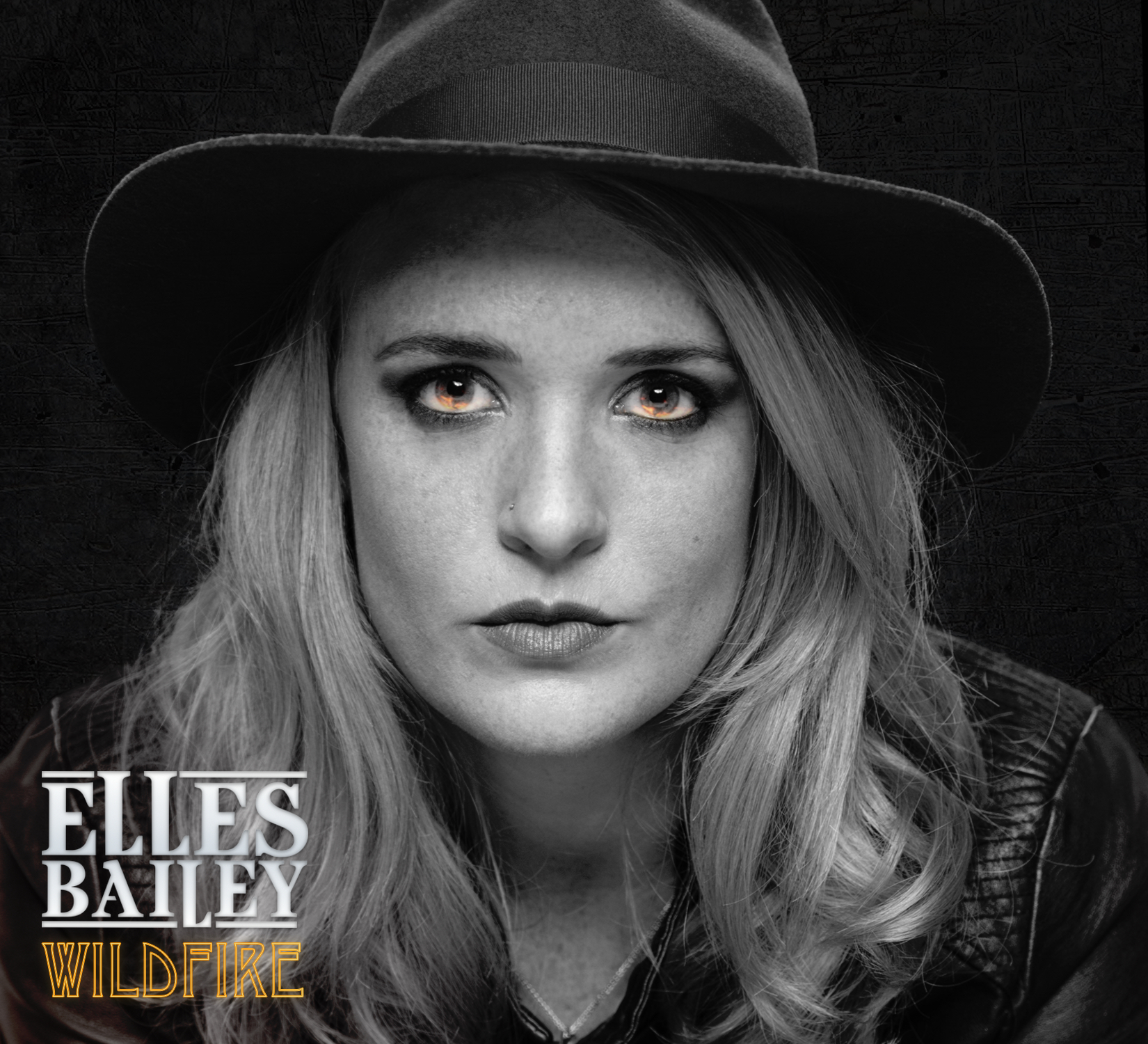 Wildfire, this gritty roots rock number, is the first offering from Elles Bailey's debut album, of the same name. It was recorded at Blackbird studios in Nashville, Tennessee, the album Wildfire will be released late spring and Elles will be on the road opening for Jo Harman in February before embarking on her own headline tour through the UK & Europe in March & April. 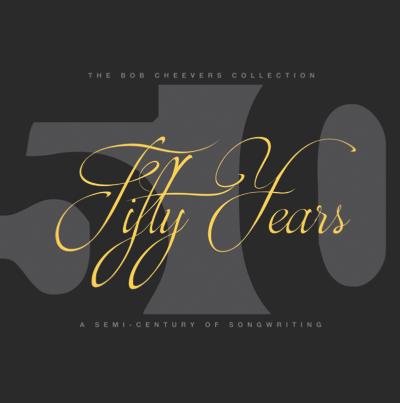 The songs on this 5-disc, retrospective boxed set include 83 of the over 3,000 songs Bob Cheevers has written in his career: songs of love and love lost; characters down on their luck as well as those playing at the top of their game; desperadoes and heroes and just plain, ordinary people. The theme that runs through them all is honesty and a view of the world seen through eyes of the artist spanning half a century and written in a conversational language of the heart. 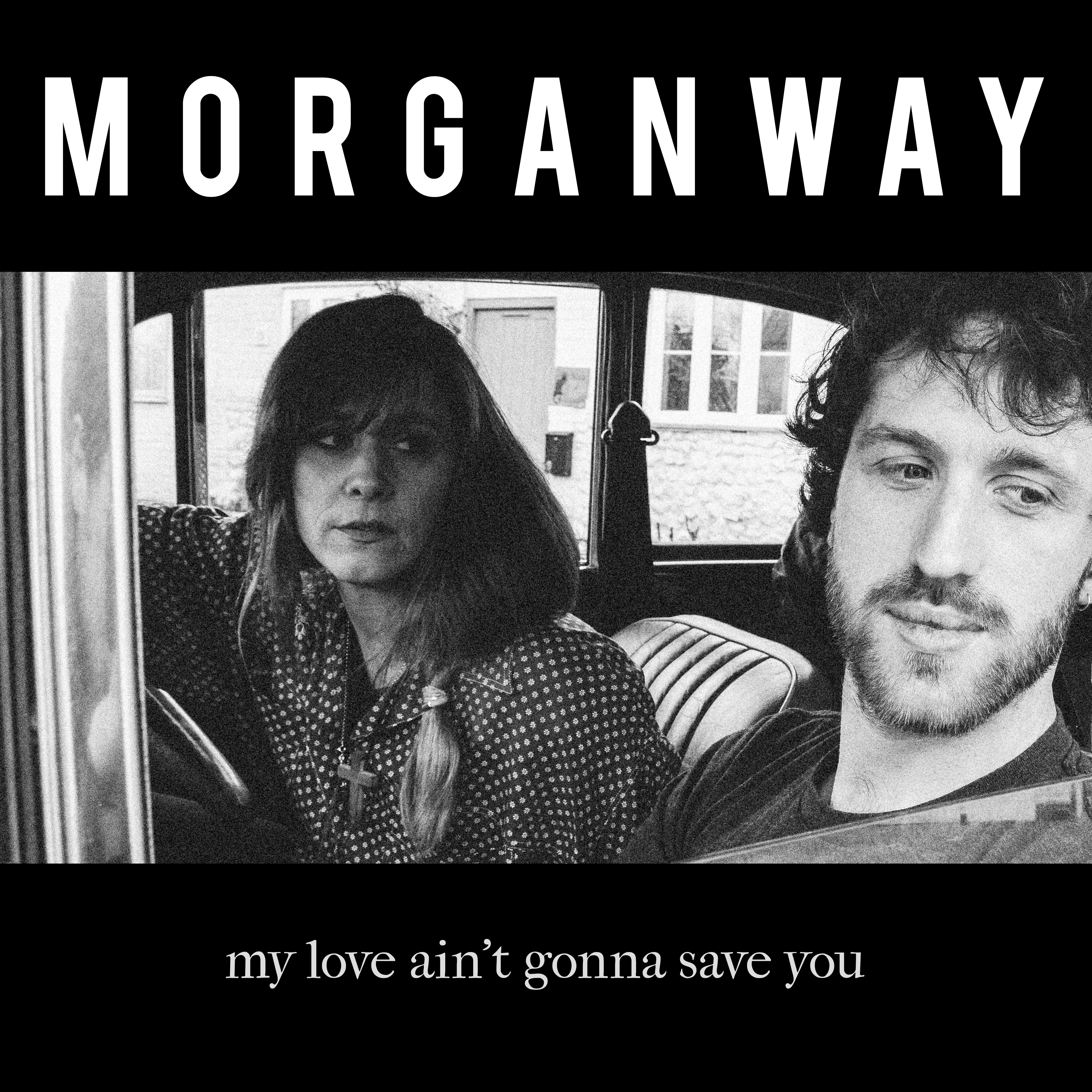 Morganway - My Love Ain't Gonna Save You

Some songs are written exactly as they end up, others go on journeys. My Love Ain’t Gonna Save You is definitely a traveller, and now it’s found its true Morganway home. The guitar riff and main melody came first, other parts were gradually discovered. The song is all about that tension. The lyrics leave room for interpretation, but the idea is simple; you’re on your own. It asks questions but gets no answers… like love really! 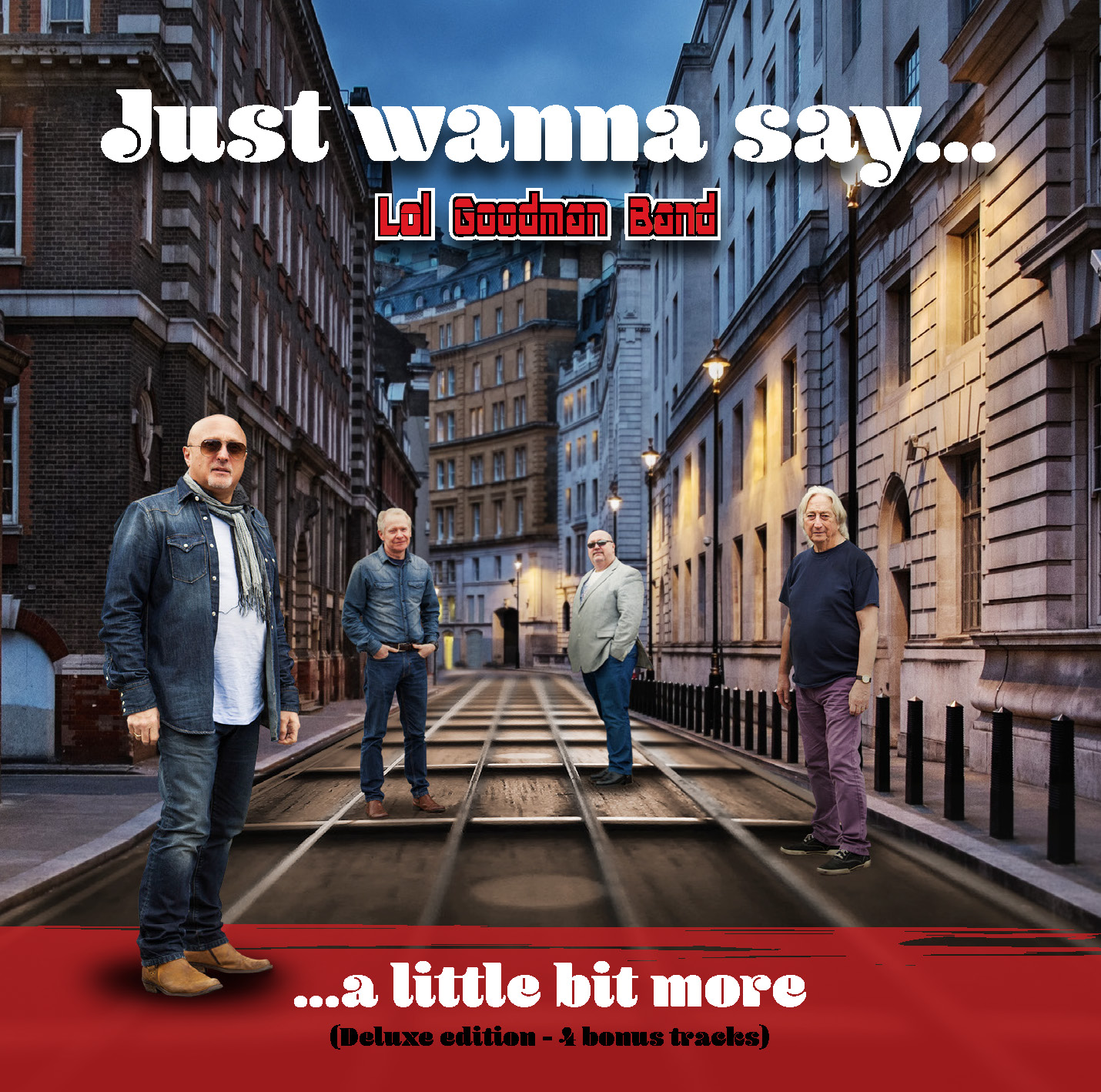 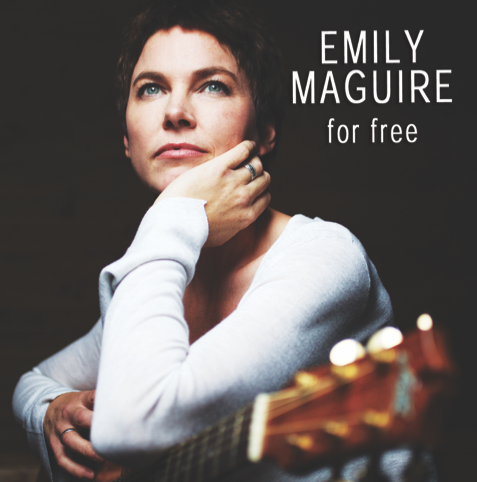 “I know there’s something sacred in all the living things I see / And I know that it’s a wonderful world and yes it’s all for free”. Lyrics from For Free, the uplifting new single from Emily Maguire’s fifth album A Bit Of Blue. As Emily puts it, “In all the craziness of this time, this is my song to the world”. For Free is available to download now from iTunes and you can watch the stunning video for the song on Youtube. 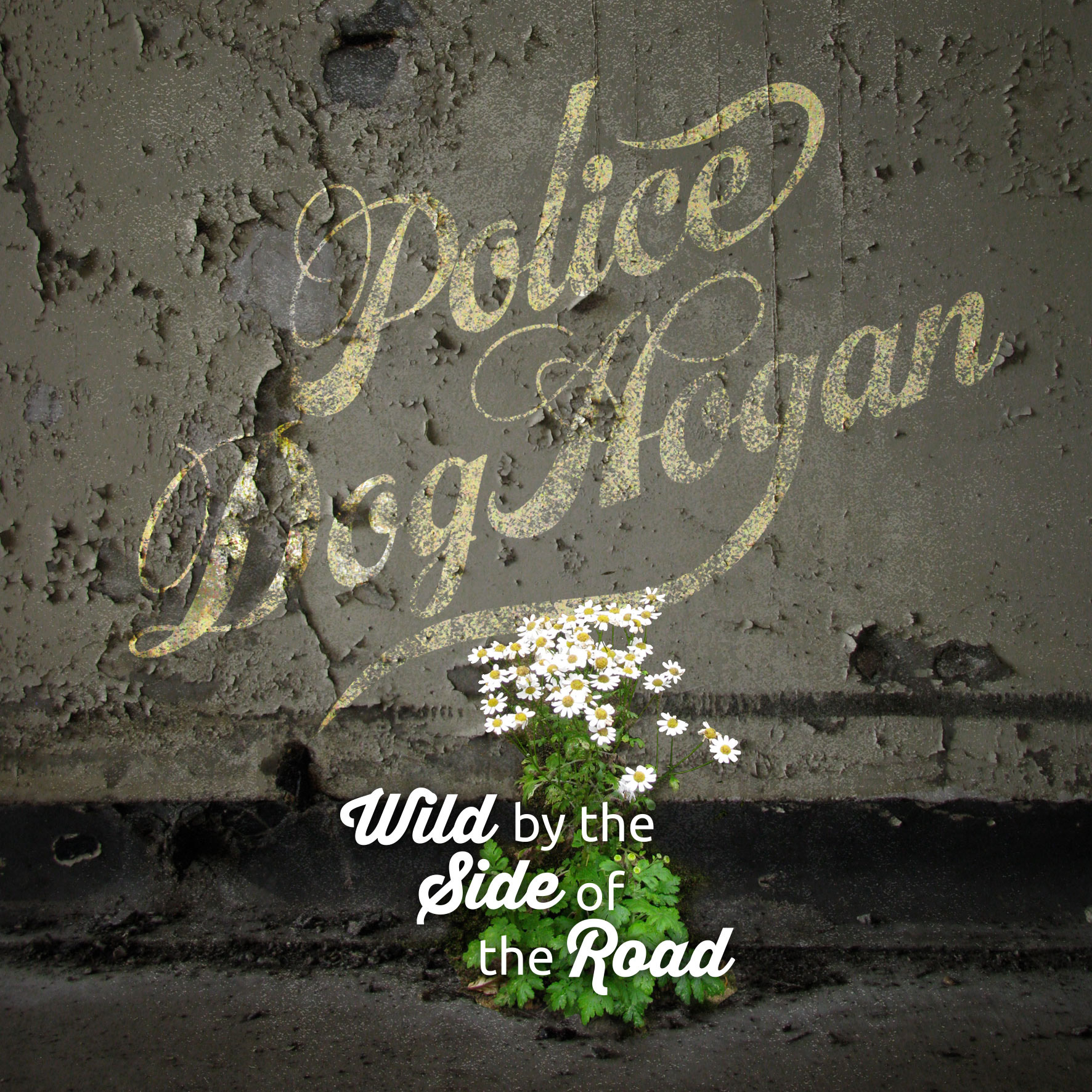 Dancing the Tyburn Jig was a grisly euphemism for being hanged in 18th century London, referring to the flailing legs of the victim. Police Dog Hogan’s song follows a typical convict on his last ride, from Newgate prison to the gallows at Tyburn. With its driving rhythm, upbeat melody and bleak humour, Tyburn Jig perfectly captures the bizarre celebratory atmosphere of an old-fashioned execution day. 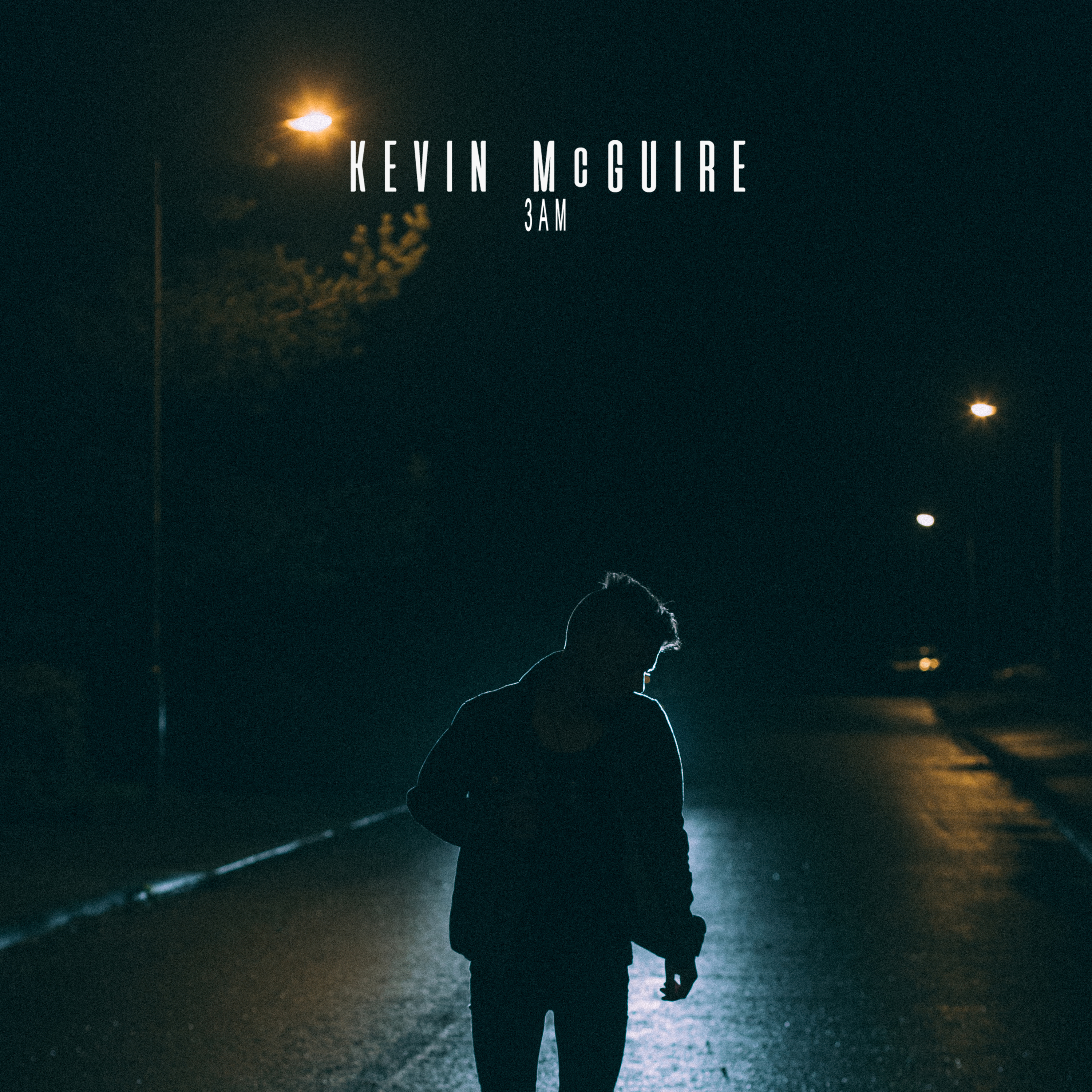 Born in Glasgow, Kevin McGuire may be Scotland's answer to the Country music wave currently sweeping the UK. Beginning his career at the age of 17, Kevin quickly went on to perform in top venues including King Tuts, the o2 Academy, ABC and The Glasgow Royal Concert Hall. Over the last few years, Kevin has managed to build up a following across parts of the UK from supporting artists ranging from the likes of Union J to Deacon Blue. Perhaps this says a lot about Kevin's music, appealing to many age-groups and styles. 3AM is the lead single from his debut EP, Foreign Country. 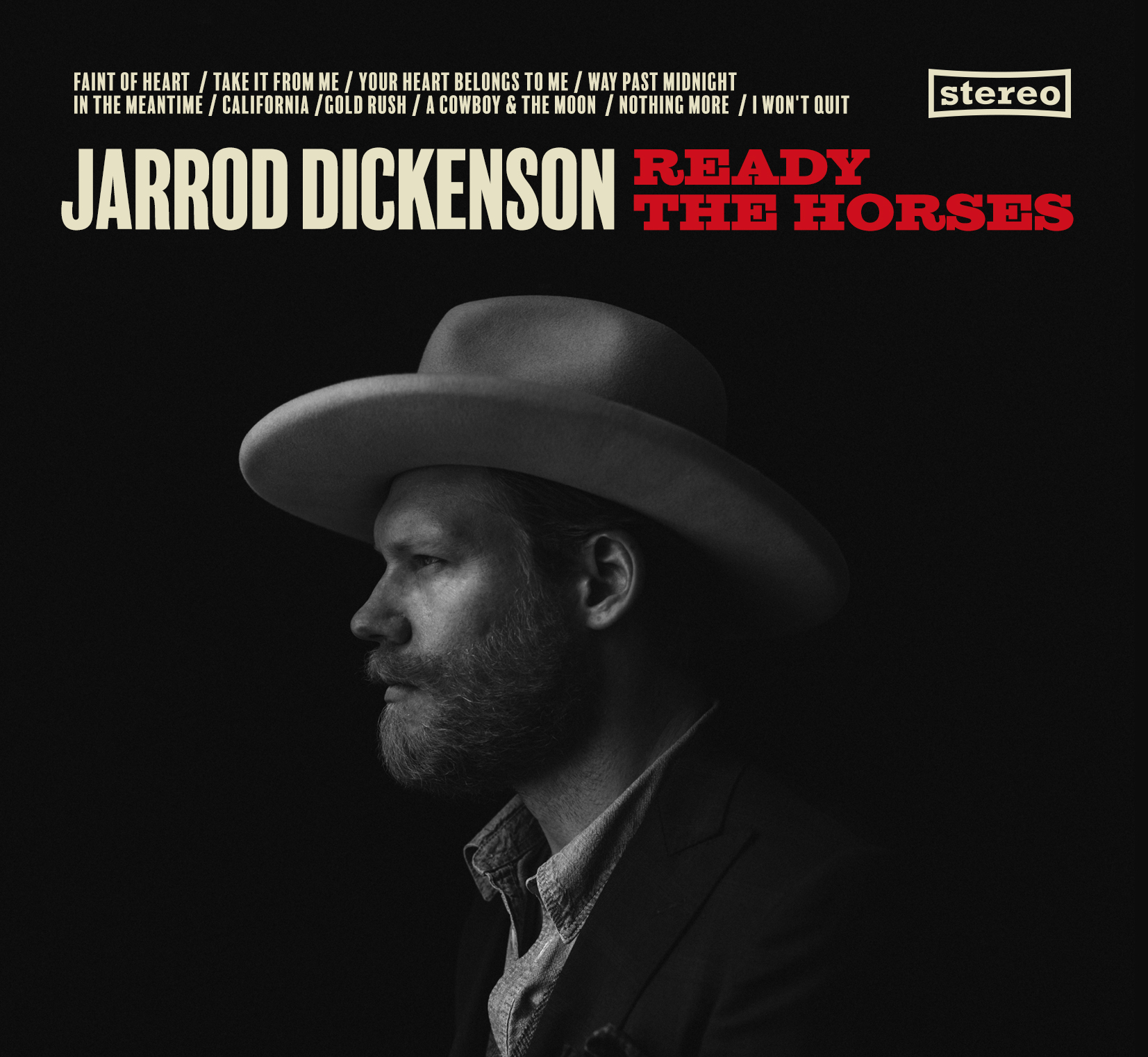 Gold Rush' is a menacing, raucous, good old-fashioned song about greed. Co-written with my good friend, David Ford, this song began as a story about the California gold rush of the mid 1800s, and ended up being a song about corruption on Wall Street. You'll hear a dirty Hammond organ, overdriven electric guitars, and if you listen closely you can even hear a metal serving tray being mangled by a hammer. 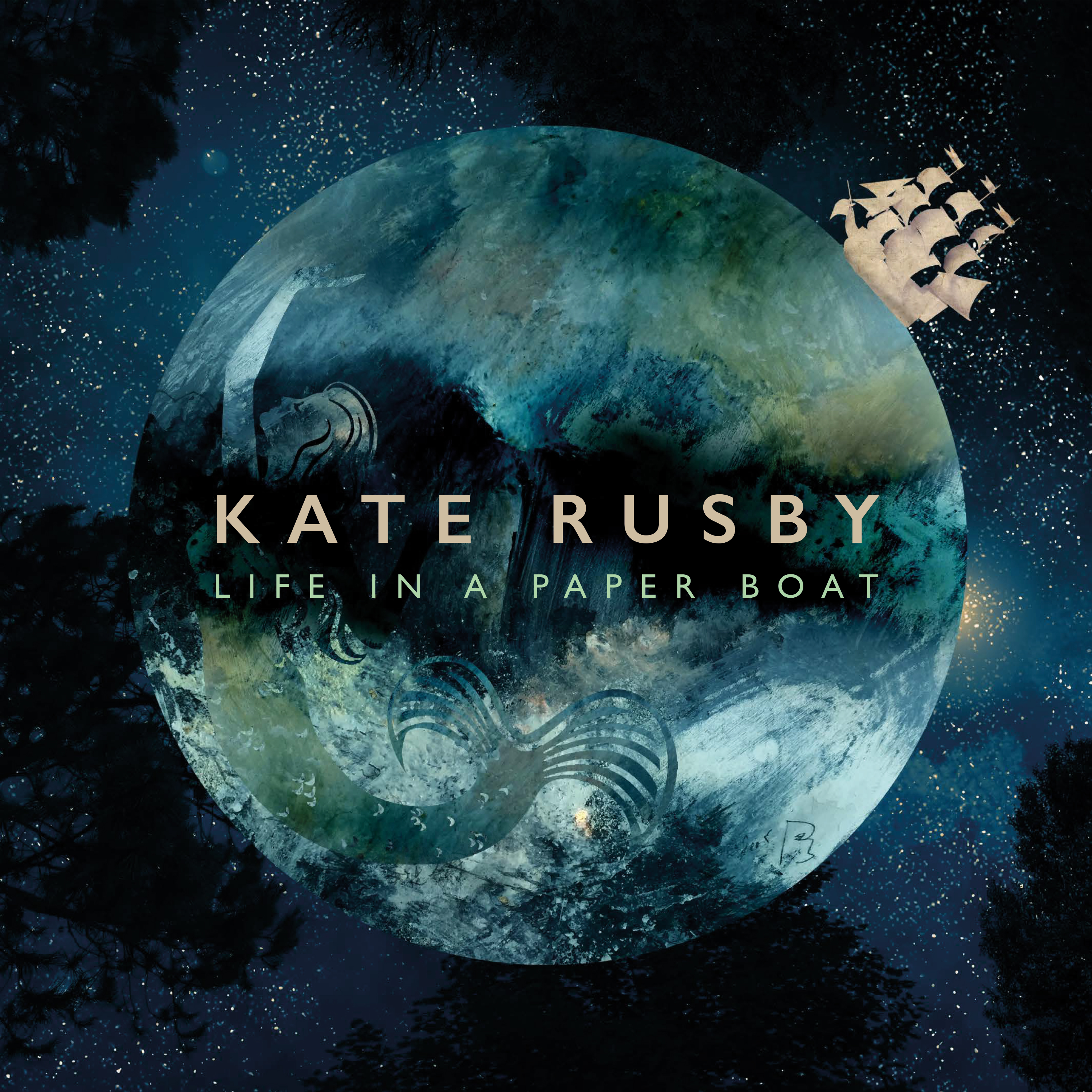 Kate wrote this song in a little romantic moment. It is about the moon being in love with the sun but he (the moon) can never tell her because they are always going around each other in the cycle of the day and he only gets to see her briefly each day so he is always looking forward to seeing her and yearns for her constantly. 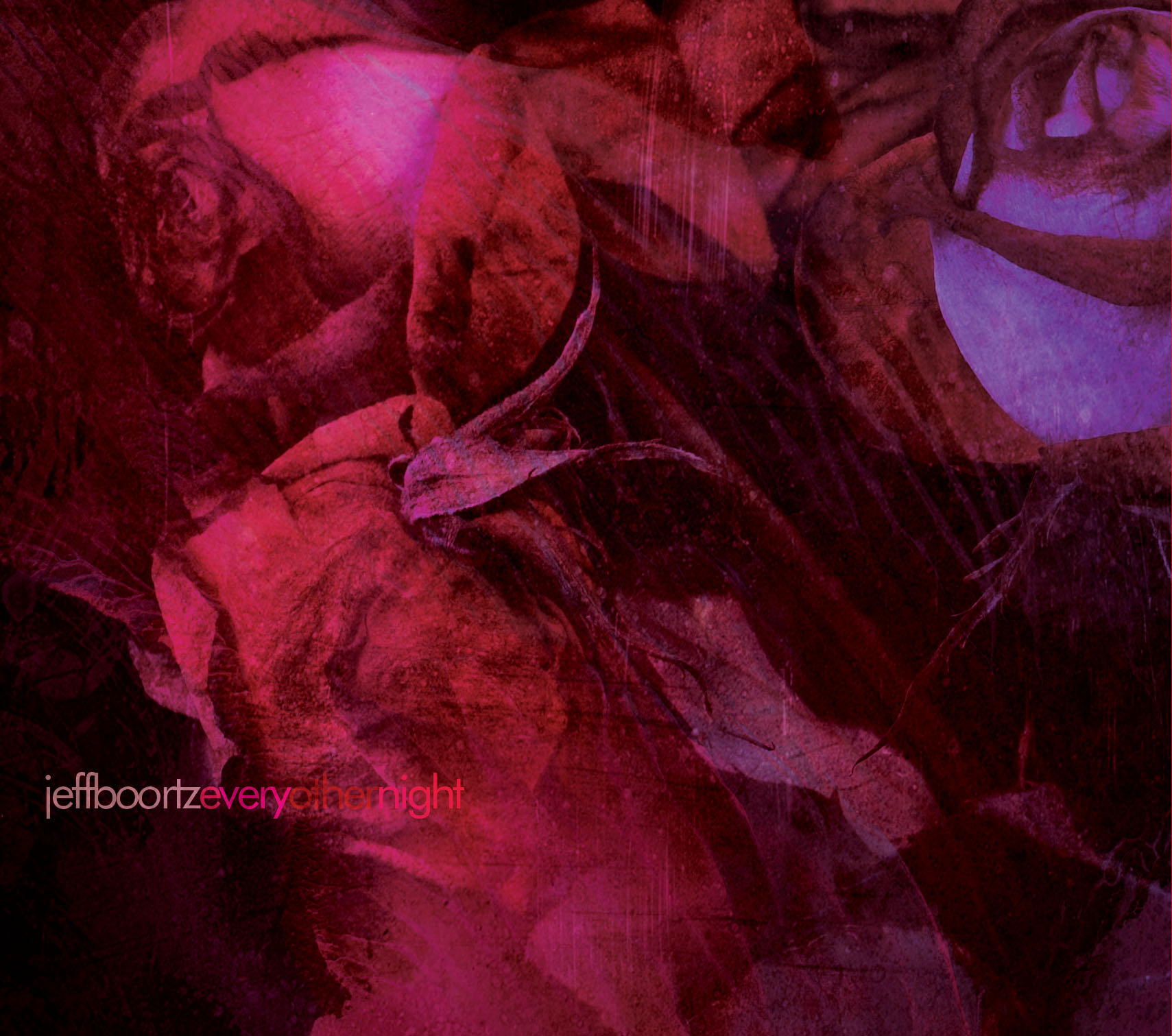 This is probably the liveliest track on the Every Other Night record. I wrote all the songs while in a very unhealthy relationship. Isn’t insanity the act of doing the same thing over and over and expecting a different result? Well, that was me, and I wanted to document the insanity! Ridin’ On is about narcissism turned up loud, sociopathy at its finest! It’s about denial, and having hope for the hopeless. 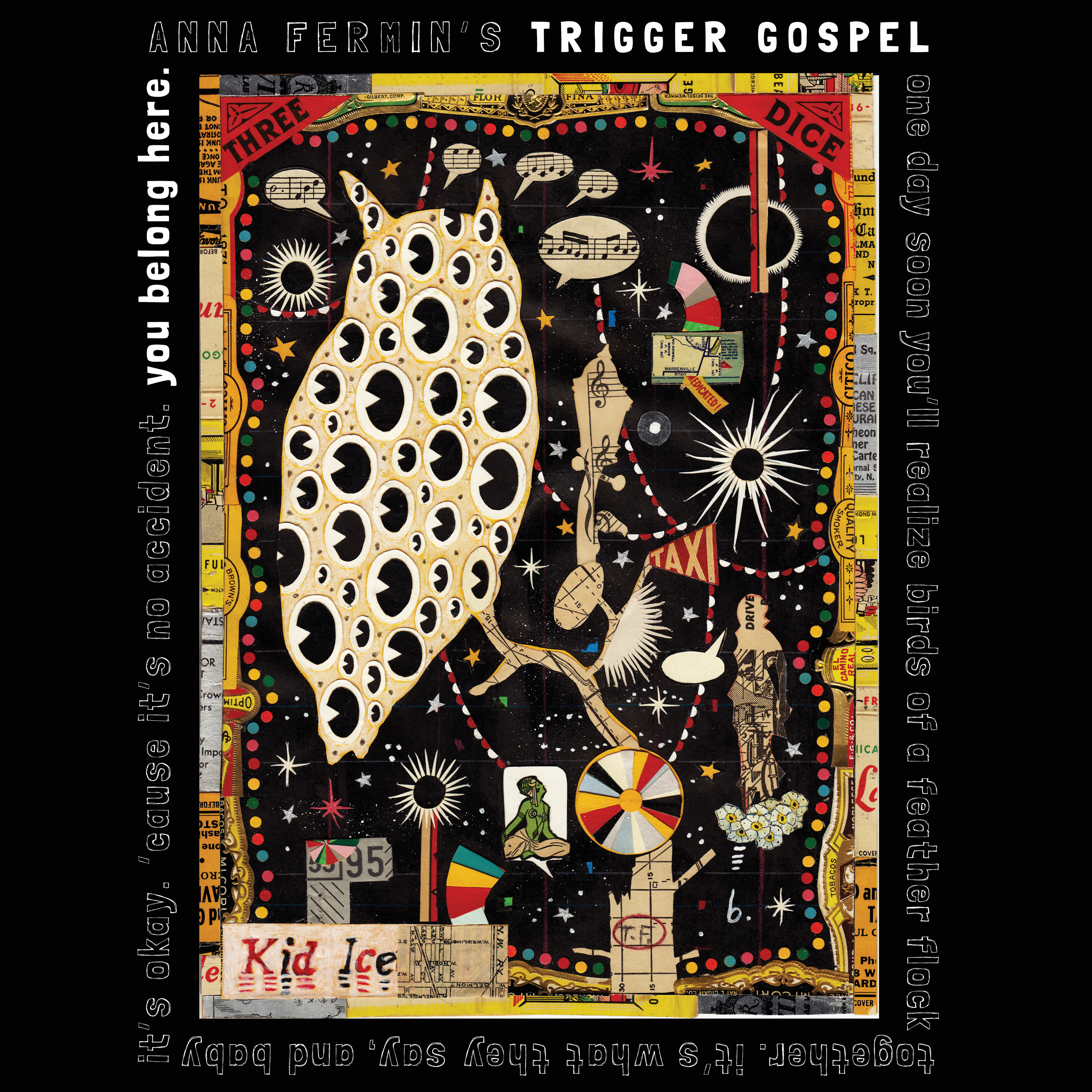 This song is about how the country of New Zealand took my breath away. I took my first trip to New Zealand four years ago and was instantly taken and transformed by it’s beauty. “Aotearoa” is the Maori word for New Zealand. When translated, it means land of the long white cloud. 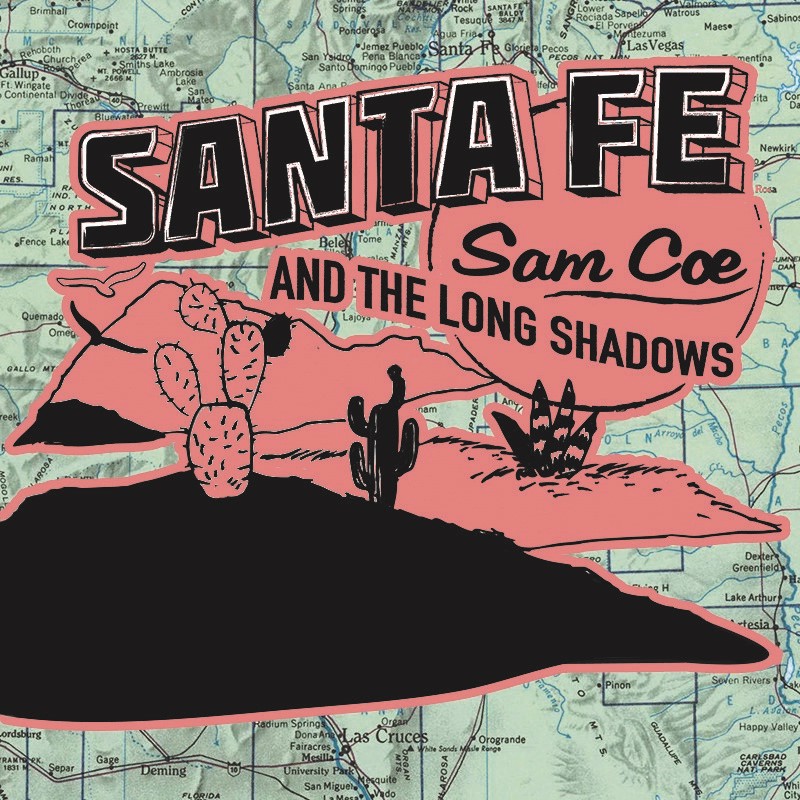 Moving On is the lead track from Sam Coe & The Long Shadows first EP, Santa Fe. With it’s catchy lead riff and laid back western feel, Moving On tells the tale of leaving somebody behind, when the heart doesn’t feel worthy to stay. Noted by BBC Introducing as a “killer first release” this track sets the scene for an EP filled with honest stories and melodic, high quality country.. with just the right amount of pop. 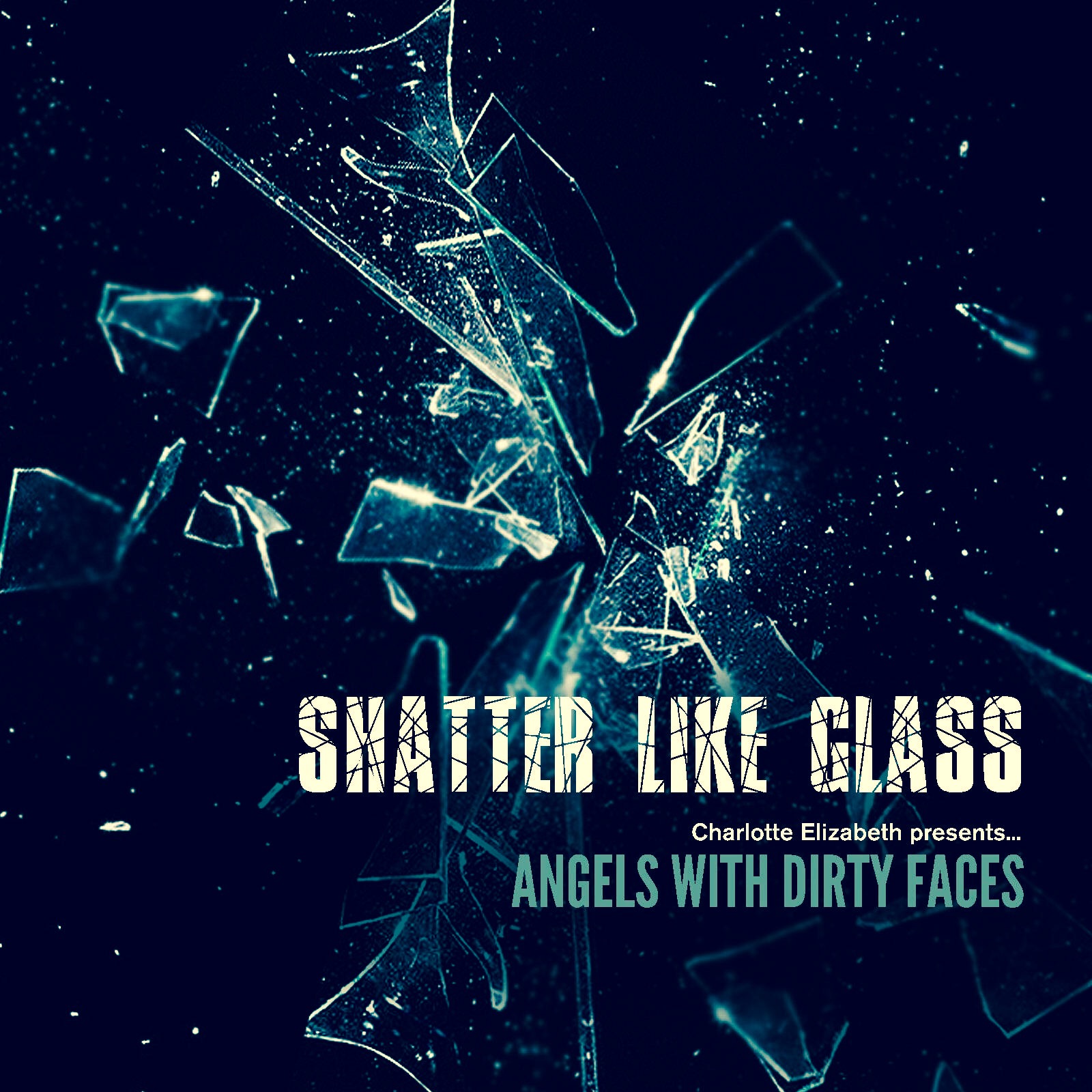 Survive is the debut EP from Charlotte Elizabeth and encompasses her life story into song. The lead track Survive is about the fear, battle and overcoming of Cancer, in which Charlotte was diagnosed when only 16. The EP is an inspiring, cleverly written and unique approach to Country music and a ground breaker in terms of release. 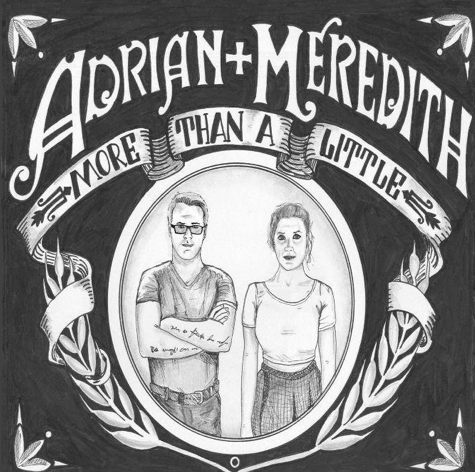 The bouncy rhythm of Take A Boat feels like riding a wave, more than a dance beat and has become iconic to Adrian+Meredith’s roots-rock, punk-folk sound. When Adrian+Meredith hit the studio their Nashville-based band ate up the rhythm and this song came alive. 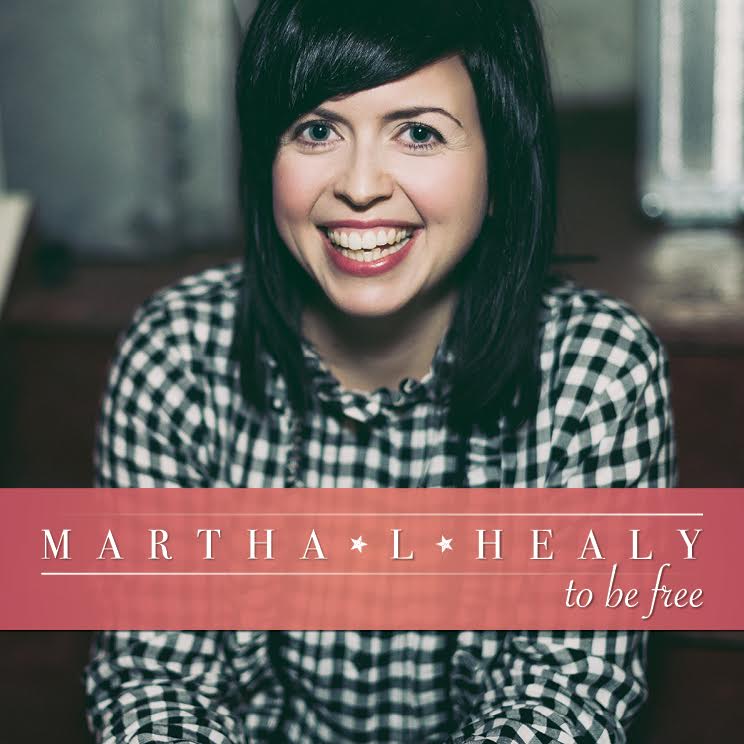 Martha Healy - To Be Free

Half-Scottish, half-Irish Martha L. Healy's song, To Be Free, harks back to a time when country music was ruled by spirited female artists, such as Patsy Cline and Kitty Wells. Beautiful harmonies, traditional acoustic instrumentation - featuring fiddle, banjo, acoustic guitar and upright bass - coupled with Martha's gutsy vocals, give the track a twangsome, old-time feel with a modern twist. 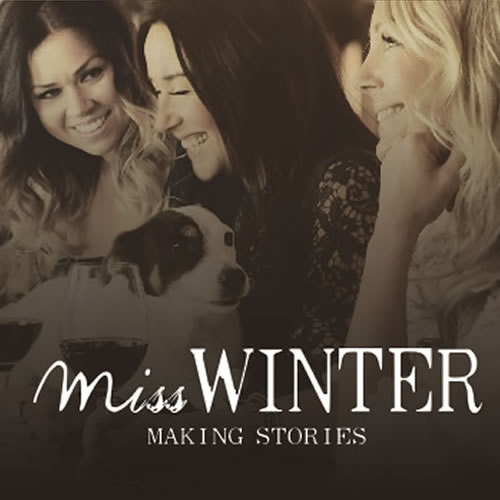 Stories are important. Honest and straightforward, lyrics should have true meaning and tell something interesting and maybe a little bit exiting to the audience. Miss Winter, three Swedish singers with a passion for harmonies, country music and their common Swedish music heritage. 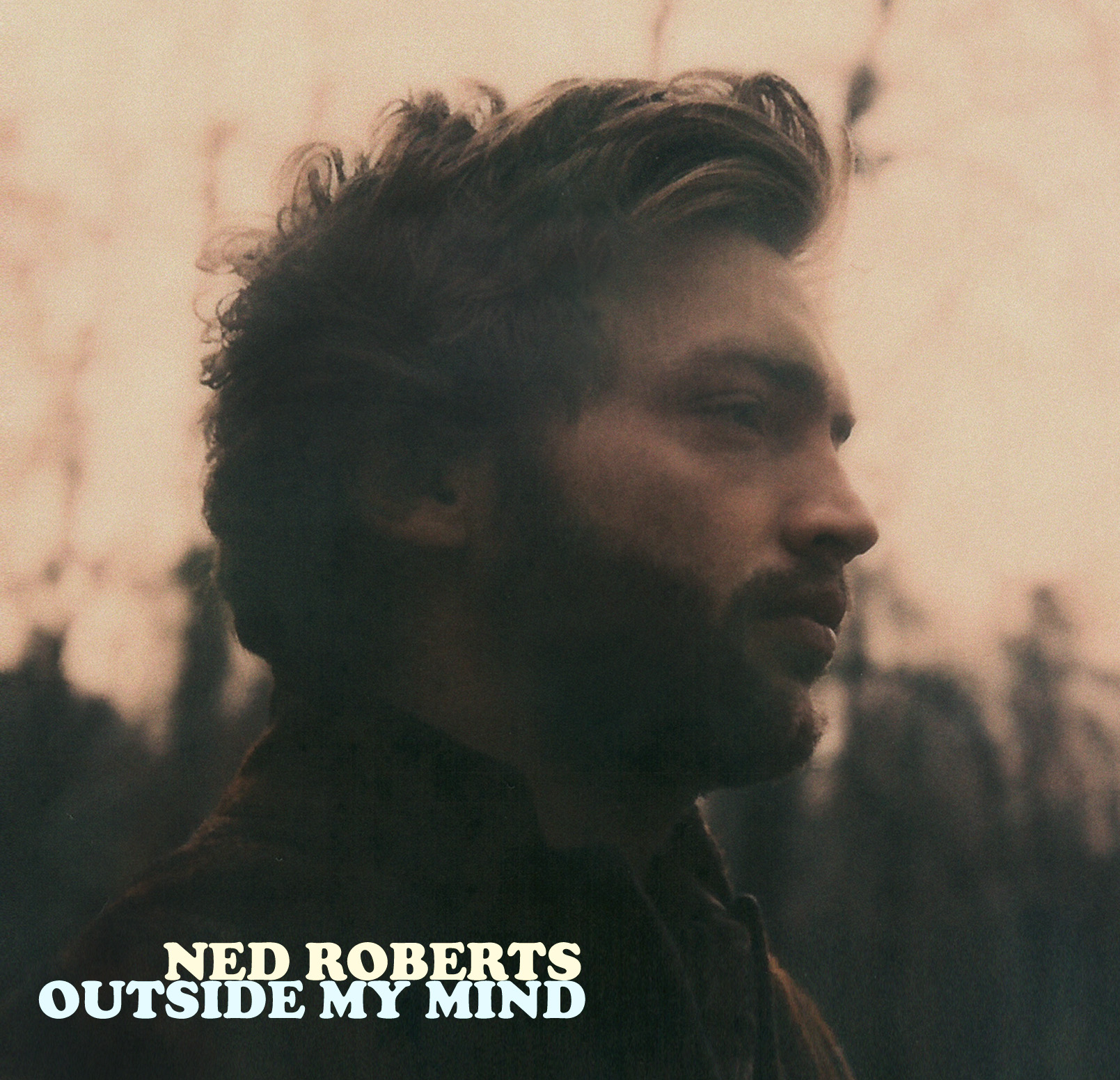 Ned Roberts - Lights On The River

Ned Roberts is a wonderfully accomplished folk musician with a timeless quality to his sound. His perfectly balanced Laurel Canyon-esque songs delivered with a poetic turn of phrase, excellent musicianship and a perfectly judged vocal sensibility sit comfortably amongst the classics of the acoustic folk world. Lights On The River is the first single to be released from his new album Outside My Mind, due for release March 24th on Aveline Records. 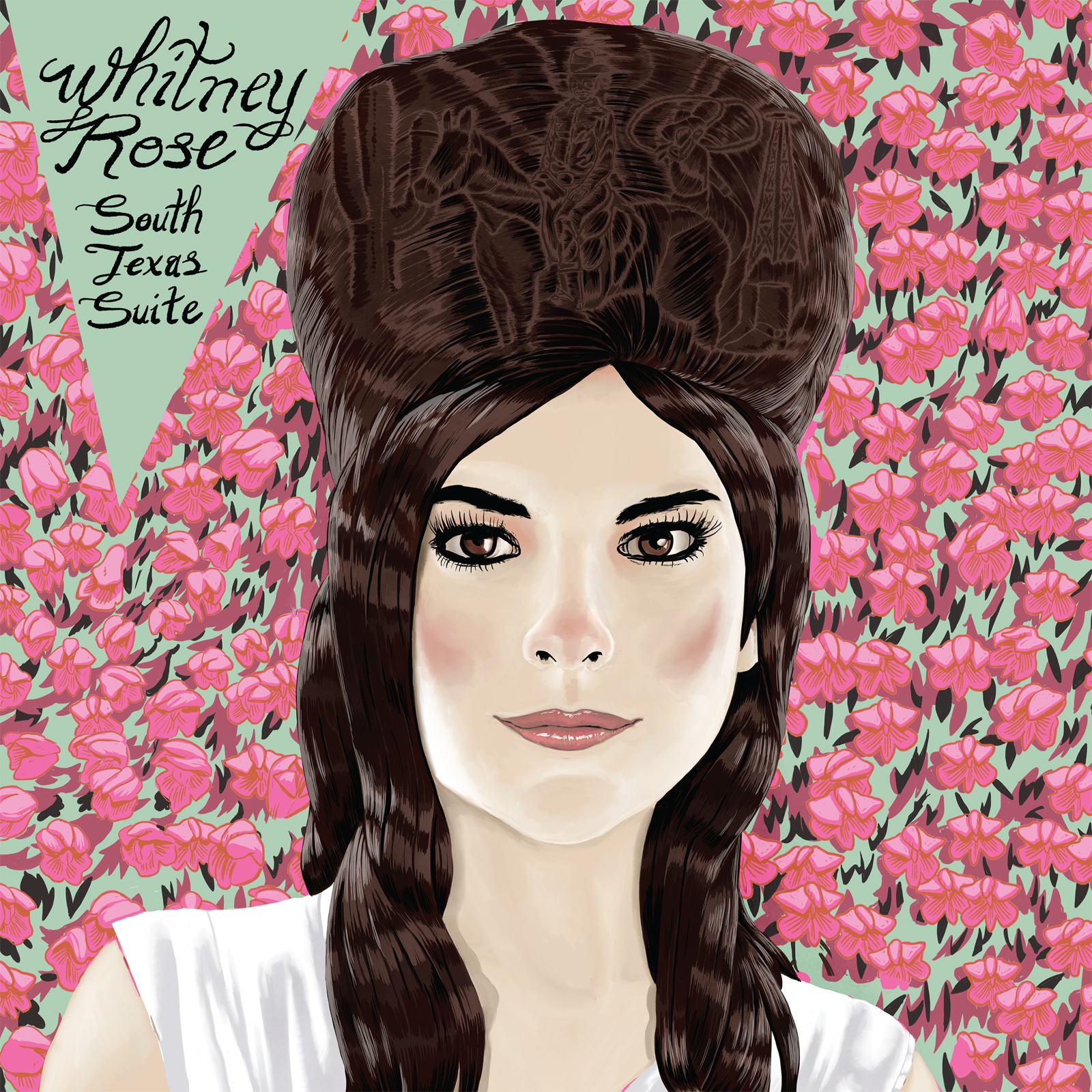 As soon as I moved to Austin, Texas, I immediately fell in love with watching people dance. When you’re on the floor with somebody…you’re lovers for three minutes. South Texas Suite is my love letter to my new home Austin, with My Boots, while ostensibly being about wearing whatever the hell you wanna wear, it’s also about embracing the quirks and flaws that make you, you. 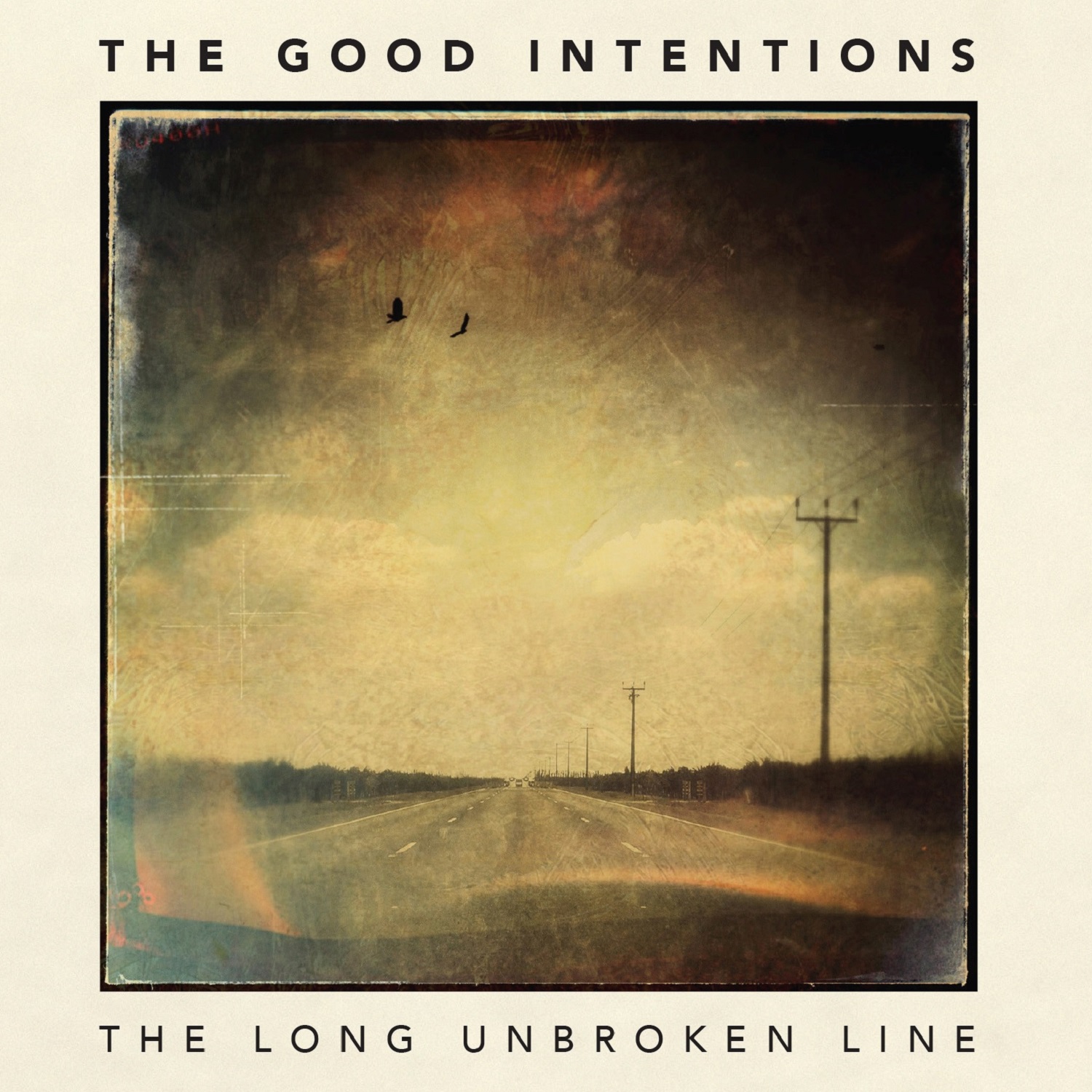 I was inspired to write this song by two people I know, both musicians. She's from Appalachian Virginia and he's from Baltimore, hence the reference in the chorus. It's purely and simply about the joy of being in love: with your partner, with your music, with your history, and with your roots. There's a sense of the wonder of all those things coming together, helped by the wonderful playing of Rick Shea (mandolin), Don Heffington (drums), Eric Gorfain (fiddle) and David P Jackson (accordion). 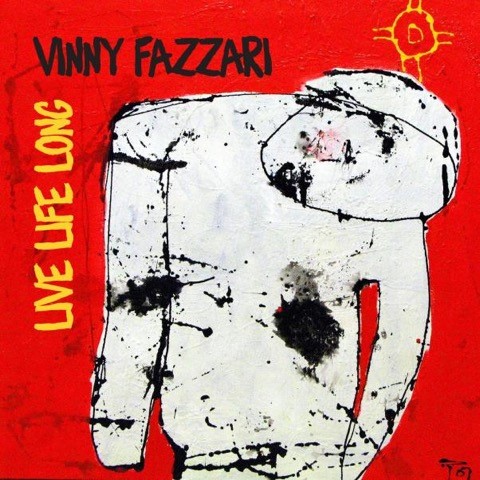 Vinny Fazzari - Welcome To My Home

Vinny wrote Welcome To My Home on his return home to California after many years abroad chasing his musical dream. It speaks of the changes that families endure and the challenges that relationships face after many years apart . Recorded at Jim Henson Studios in LA, the vibe and texture on the track draw from two of Vinny’s major influences , George Martin and Brian Wilson. 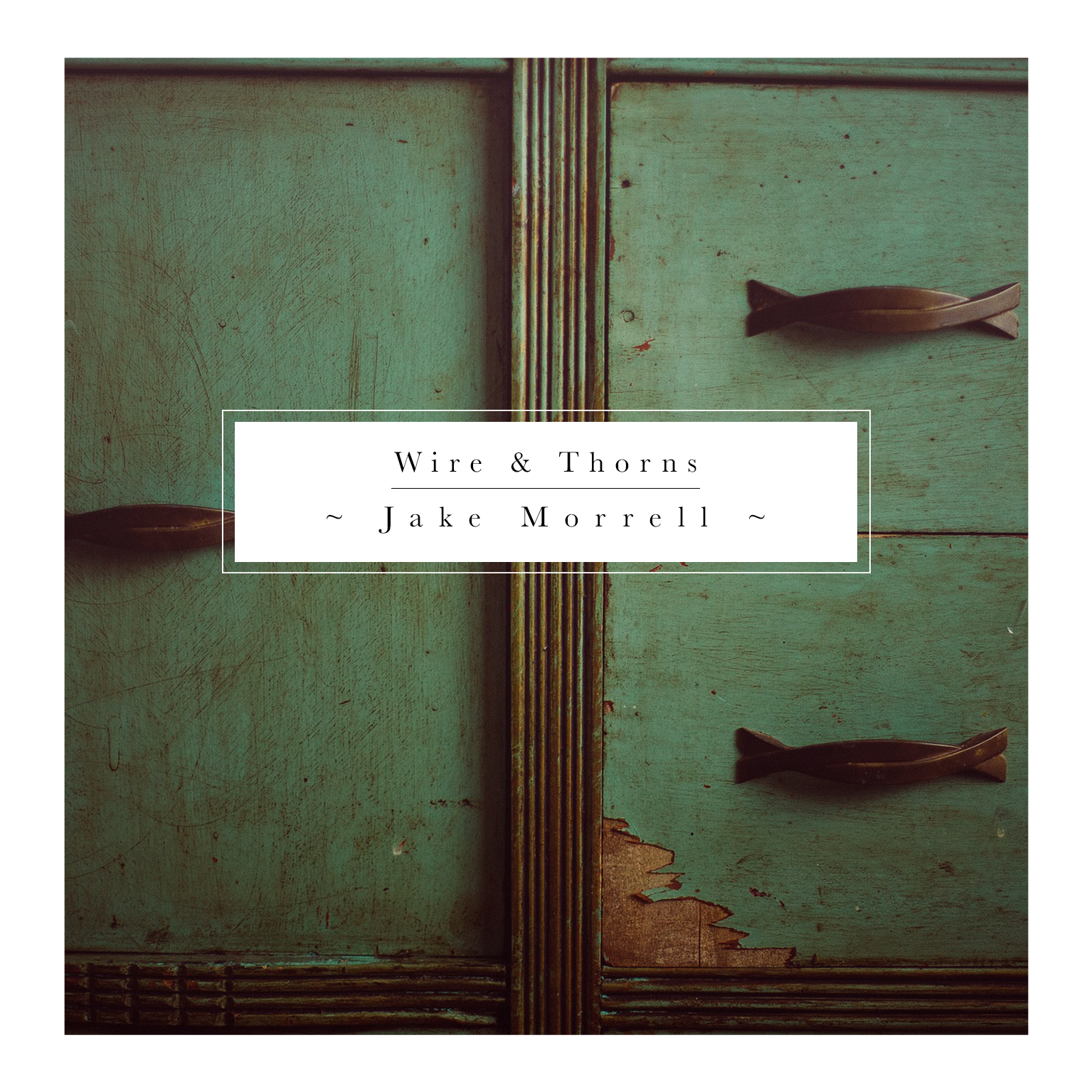 2016 was a busy year for newcomer, Jake Morrell, who’s self released debut Wire & Thorns reached #2 on the UK iTunes Country Music Chart. This eclectic bite size track follows a well worn path but with vitality that brings something fresh to the UK country music scene. A song that opened the door to BBC Radio 2 on Dermot O’Leary’s Saturday Session and then onto Glastonbury 2016. A good song it would seem, is the key to many a door.

Jerad Finck's breakthrough track "Criminal (Stripped)" climbing the Billboard Hot AC Radio Chart and Itunes Pop Sales Chart. Finck is no stranger to radio success as his first single "Runaway" was the #1 independent song in the country, peaking at #3 on the Adult Contemporary Chart, #42 in Hot AC and #25 on the Hot AC Indicator charts. 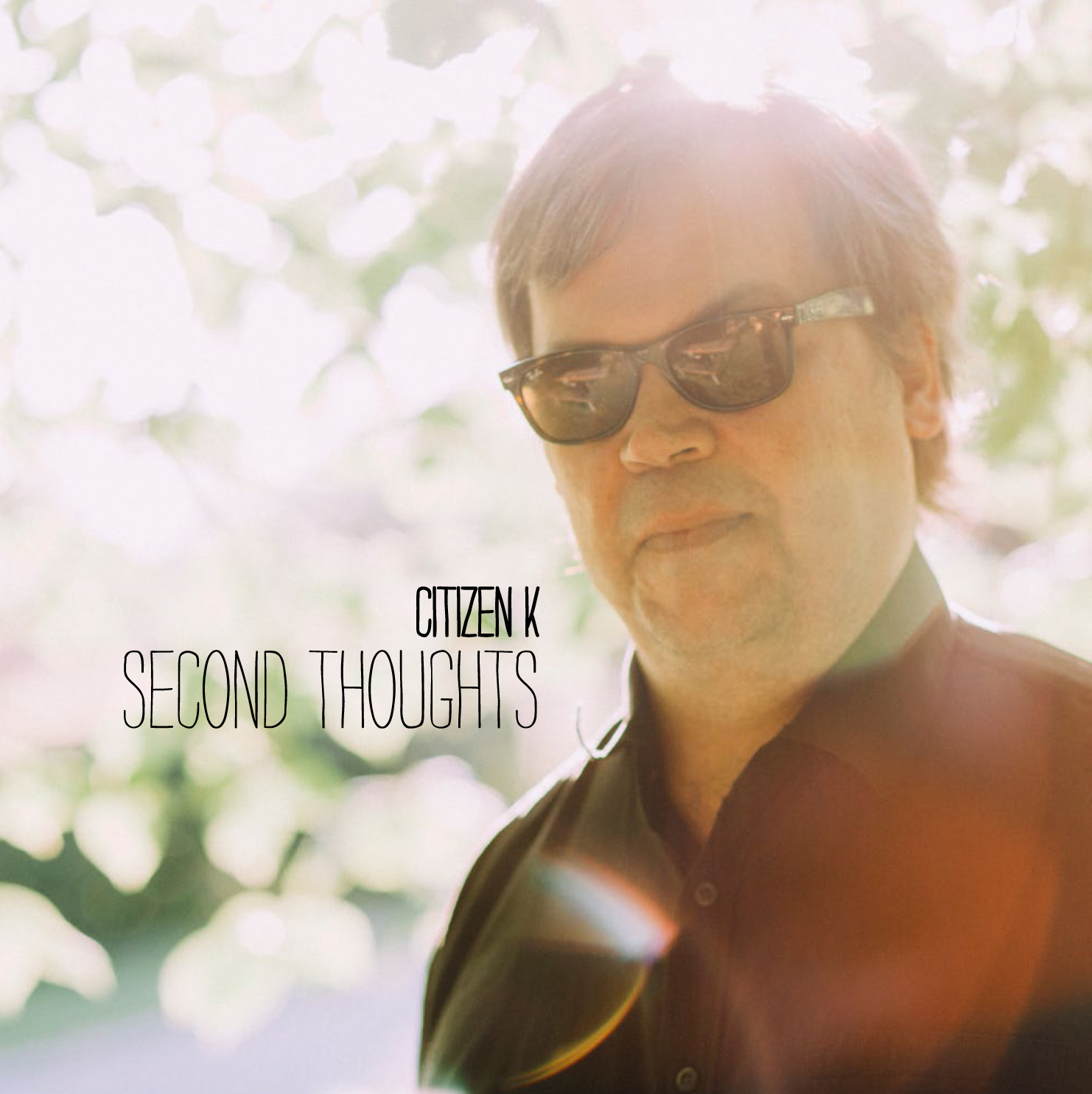 Citizen K -(This Is) Our Town

It's a song about Borås, my own hometown. Sometimes, you might say: "I'm getting out of here", but soon as you say that, you know there are a couple of irreplacable people and things out there - the old man with the pipe and the mustage who's been around forever, your oldest friends and the places. How can you possibly leave? You have already tried at least once, and remember how that ended.