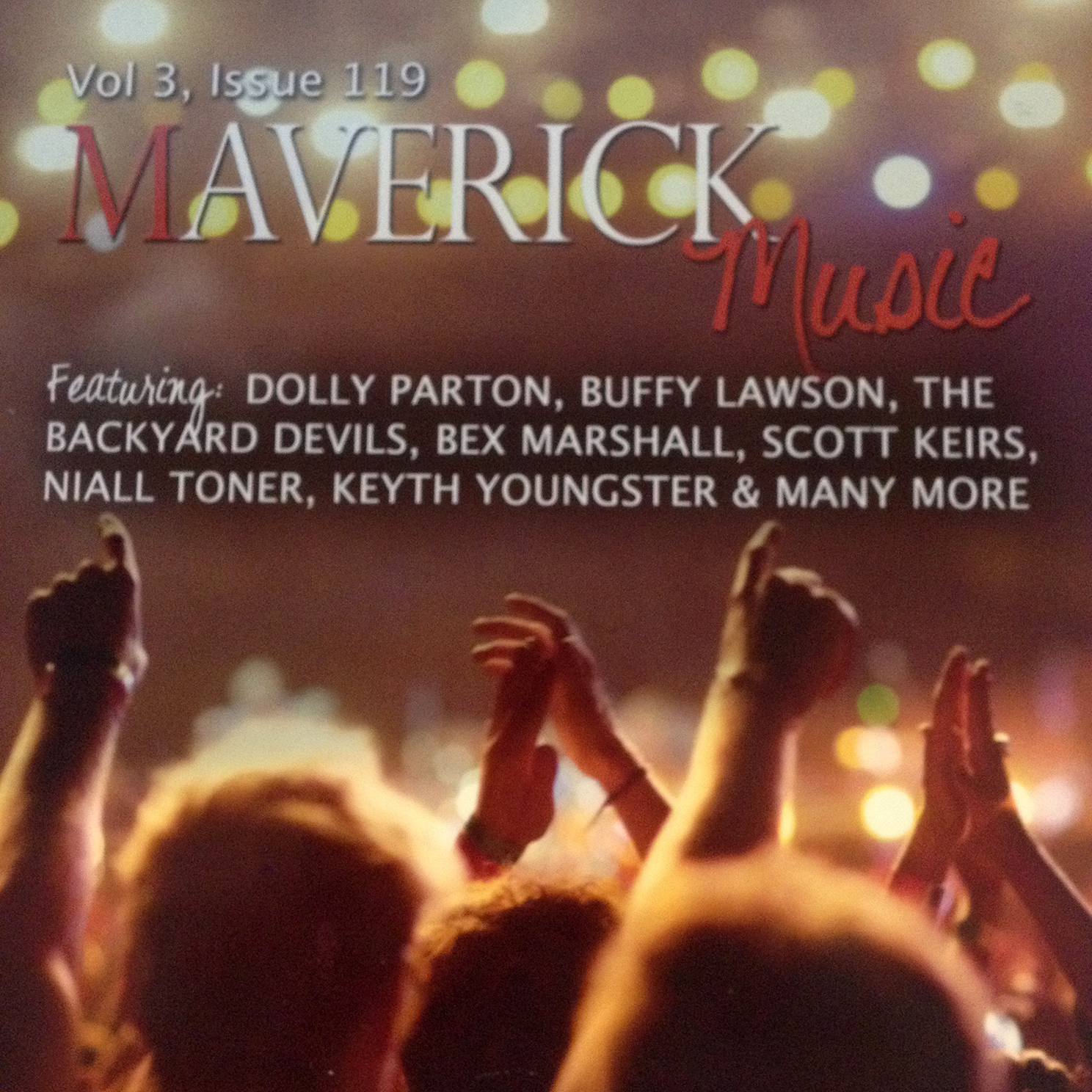 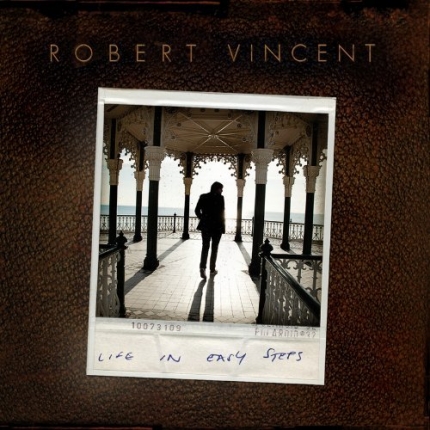 Recently hailed as ‘the scouse Springsteen,’ Liverpudlian singer-songwriter Robert Vincent draws influence from his Merseyside roots on this eclectic little toe-tapper, taken from his debut LIFE IN EASY STEPS, January release reviewed in this issue of Maverick. 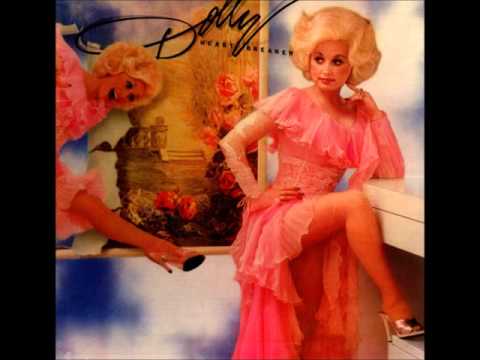 The beautiful, multi-award winning, chart topping Dolly Parton pays homage here to the both musically and lyrically gifted American songwriter, the late Ron Davies (brother to country music singer-songwriter Gail Davies) who lost his life in 2003 after suffering a fatal heart attack. This soaring love song is a perfect tribute and is taken from the 2013 multi-artist album UNSING HERO-A TRIBUTE TO THE MUSIC OF RON DAVIES. 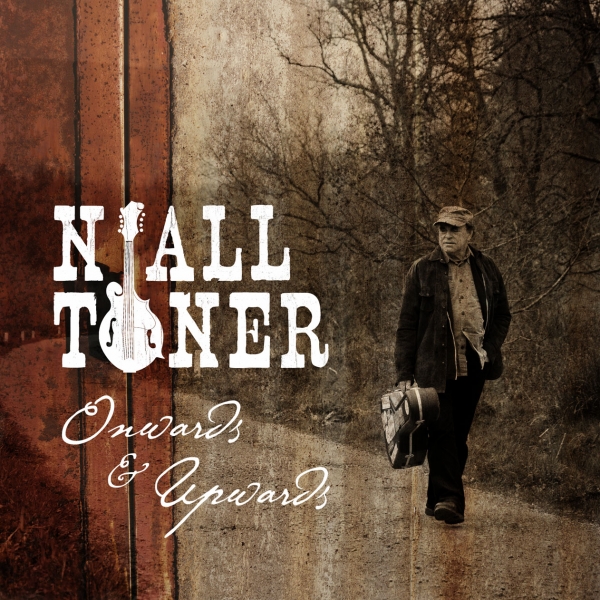 Irish bluegrass musician, songwriter and radio broadcaster Niall Toner, a born and bred Dubliner, is also one third of the Blackstairs mountain trio, the Niall Toner Band. A recent signing of a deal with Pinecastle Records in North Carolina led to the development of his fourth solo studio album ONWARDS AND UPWARDS, released earlier this year. This story-laden bluegrass number is its first single. 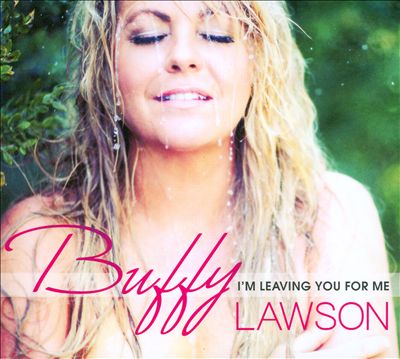 Buffy Lawson – I’m Leaving You For Me

Formerly one half of country music duo Bomshel, born and bred Kentuckian Buffy Lawson really shines through on this powerful gem about being good to yourself in a relationship, taken from her recently released solo album, the widely acclaimed I’M LEAVING YOU FOR ME. 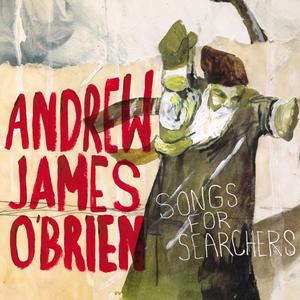 The multi-award winning Newfoundlander Andrew James O’Brien has been making waves in the singer-songwriting waters of late and it’s hardly surprising when his unique blend of contemporary folk, rock and pop, laced with emotion-laden lyrics sounds so good together. This short and sweet number is a brilliant listen. 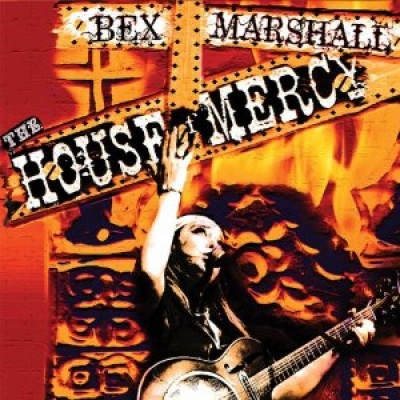 Devonshire singer-songwriter, Bex Marshall wields a unique and powerful baton of blues-fused, rock, ragtime and roots that hits you like a flash of musical lightning. With an unbeatable voice that could tame the devil, and impressive talent for writing to match, she is for sure an artist on her way to high success. You’re just going to love this gem. 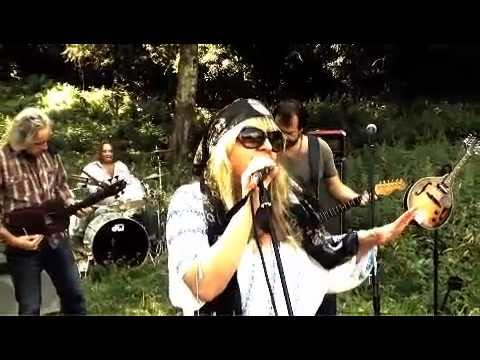 Deborah Bonham – Take Me Down

The younger sister of the late Led Zeppelin drummer, John Bonham, Worcestershire-born singer-songwriter Deborah blends the resonances of rock and blues to create a sound that is utterly her own; her voice possessing a gritty, soulful edge that makes any song she sings a little bit special—this up-tempo number here, taken from her new 2013 album SPIRIT, is certainly no exception. 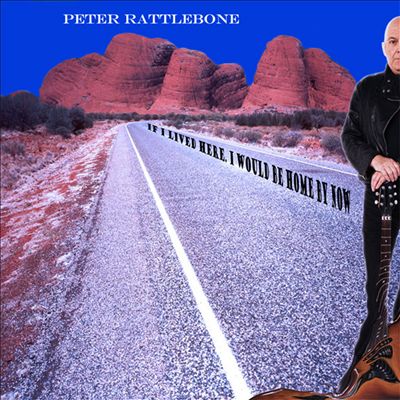 Pete Tindal – If I Lived Here

Also known as Rattlebone Pete or Peter Rattlebone, this Australian blues singer-songwriter and guitarist was in numerous bands throughout his career. Going solo, he’s recorded three albums to date; this song, which carries a memorable bluesy vibe that is an utter credit to the Aussie, is taken from the third, IF I LIVED HERE I WOULD BE HOME BY NOW. 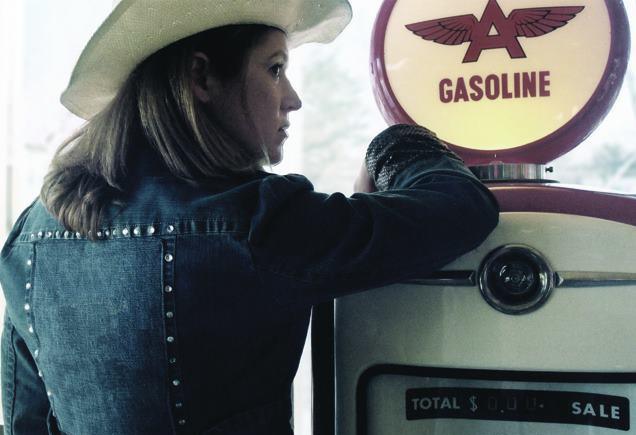 Juliet and the Lonesome Romeos – No Regrets

Given her name after her father’s love of Shakespeare, Juliet Simmons Dinallo and Boston-based roots-rock outfit the Lonesome Romeos really excel with this country-pop fused gem; title track to their debut album released this year. 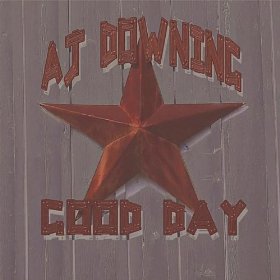 This rocky little number from Americana singer-songwriter AJ Downing carries the sort of infectious, grungy vibe that makes for a great up-tempo hit, with a memorable chorus and toe-tapping chords; taken from his third release GOOD DAY reviewed in this issue of Maverick. 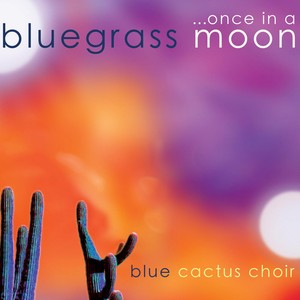 Blue Cactus Choir is friends and musicians Ontarian singer-songwriter Marty Atkinson and Californian singer-songwriter Katy Boyd (both of whom sport already successful musical careers). Together they create a stunning musical partnership that completely washes over the listener and this gentle country arrangement provides the perfect example, taken from their debut release, ONCE IN A BLUEGRASS MOON. 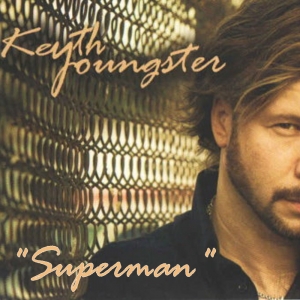 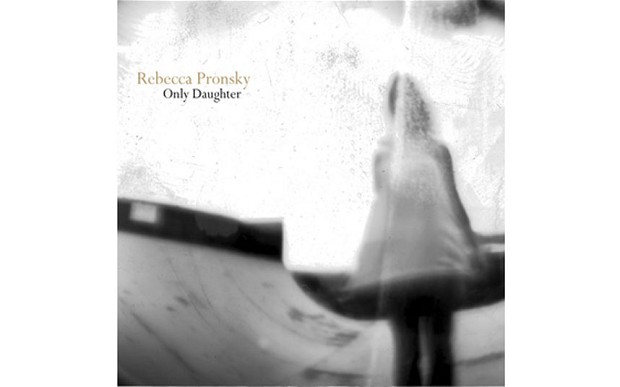 This summery short and sweet folk-drenched gem shows us just what retro Brooklynite Rebecca Pronsky does best, as she blends the vigour of folk and country with image-laden lyrics and chic vocals; taken from her forthcoming spring release ONLY DAUGHTER (2013). 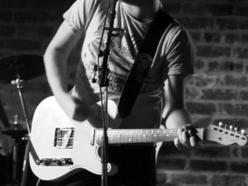 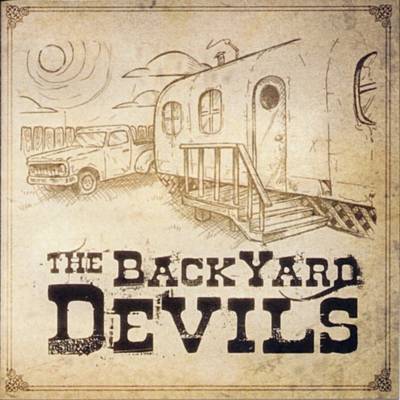 Tightly combing the infectious sounds of dirty country, bluegrass and rockabilly, this devilish, award-winning East Canadian quartet really know how to write a good, foot-stomping hit about anything from guns and girls, to drinking and outlaws; and this one— taken from their 2011 self-titled debut—is certainly no exception. 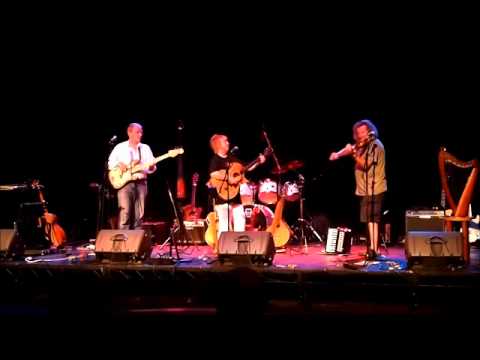 Somewhat of a multi-instrumentalist, Welsh-native Linda Watkins is often armed with a handful of exotic instruments during shows, including the Puerto Rican Cuatro and Greek Bouzouki, and utterly charms with this beautiful acoustic number, musically simple, yet lyrically and emotively deep. 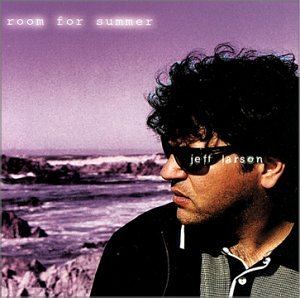 A near-stunning song from Californian singer-songwriter Jeff Lawson, who languidly charms us with his own thoughtful interpretation of West-Coast country-rock, fused with Americana roots. 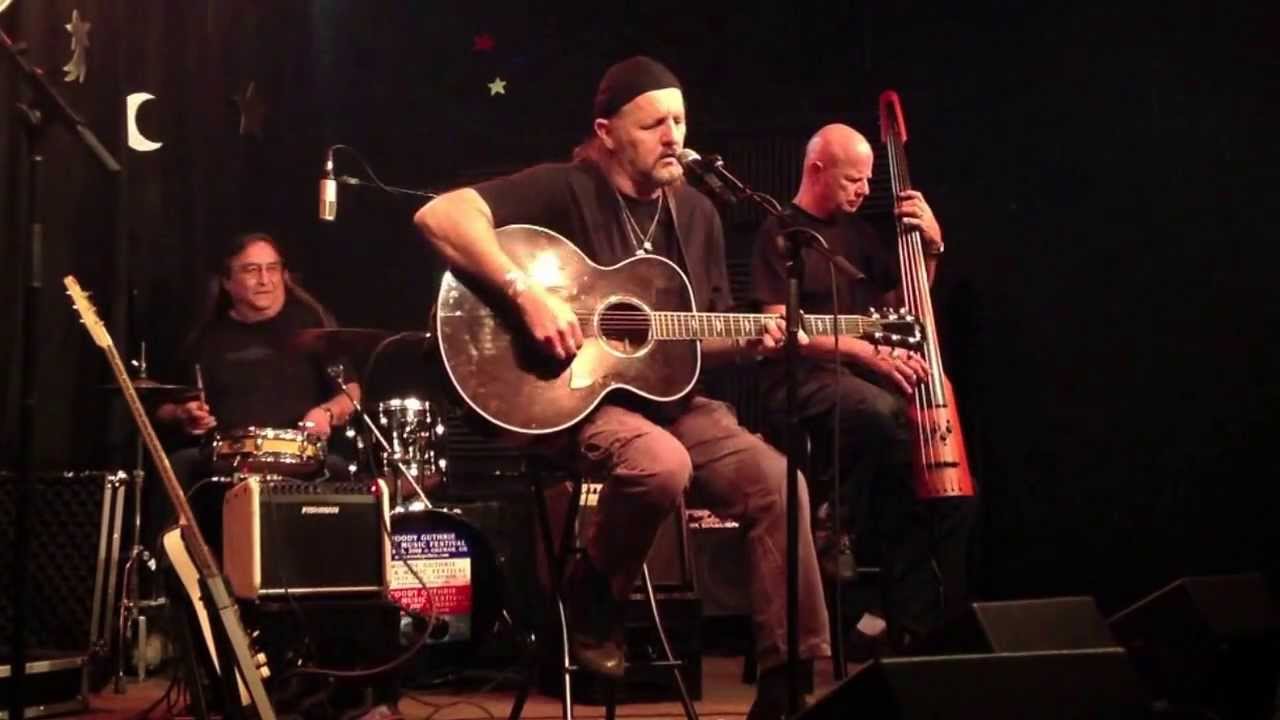 Texan singer-songwriter and folk musician Jimmy Lafave has 17 albums under his belt—2007’s CIMARRON MANIFESTO saw him gain his first number one—from a continuing 34-year career, which has seen him crowned as 1996’s Kerville Folk Festival Songwriter of the Year. This gentle country number is taken from his 2012 release, DEPENDING ON THE DISTANCE.