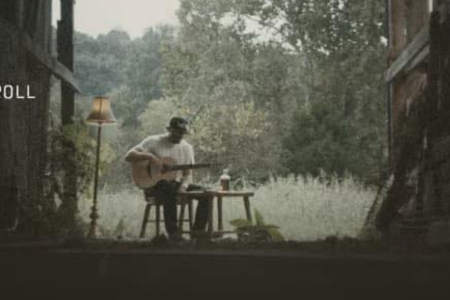 Chase Rice is a popular character here in the UK scene, partly due to his stage presence and energetic performance style. Though he can’t get over to tour right now, he’s still winning over fans with his latest record, ‘The Album’.

Rice loves life on the road, he’s missed it during the enforced lockdown. “We didn’t do a whole lot of road trips as a family but when we did, we’d do it in a motorhome, which was how we travelled. That’s why I love being on a tour bus so much, I grew up in one, just a shittier version of it!” He laughs. Though Rice had a number of other talents he tried his hand at, it was always country music he was drawn to. “I didn’t really listen to music from my parents, it was more from my brothers. We’d listen to Garth Brooks, we’d listen to George Strait. Those are our first two loves, we’d listen to cowboy country growing up, 90s cowboy country and that was it. We had an old jukebox that would play anything from you know, Willie Nelson to Patsy Cline, which is awesome because ‘Crazy’ was just one of the greatest songs of all time. Willie and Patsy and a little bit of Cash.”

It was whilst in college Rice first turned to music himself and he turned to friends and mentors Brian Kelley and Tyler Hubbard of Florida Georgia Line for inspiration. “In college, I was just learning to play guitar, just learning to write songs. I wasn’t good enough to even think that I could do this for real. After I left, I went and visited Brian from Florida Georgia Line, I visited him and Tyler at their house and hung out a few times, they were doing it already. The more I hung with him in Nashville, the more I was like, this could actually be a viable option. I didn’t think I was good enough to do this as a career but I did it anyway. They helped me figure out a path for myself.”

Rice got his first number 1 in 2018 with his song ‘Eyes On You’, “I wrote it with Ashley Gorley and Chris DeStefano” Rice reminisces, “Ashley was playing some melodies on the piano and I thought at first he was playing Closer by The Chainsmokers but then he went into this whole other melody. I had the title in my phone from way back and I thought the melody he was playing and the title worked perfect together. We wrote it in a couple hours, that was one that was different for me, I knew the day we wrote it, that it was a big song and it’s the biggest song of my career so far. So sometimes it just happens like that, you come across gold and you know, right away.”

Rice confesses that it isn’t always as simple as that as he explains the story behind his single ‘Lonely If You Are’. “I wrote that with Hunter Phelps and Lindsay Rimes, it was the first song we’d written together. I didn’t love the song the day we left” he says, “I had a sandwich that day and Lindsay’s dog ate half my sandwich, so I was mad about that. It was just one of those days where everything seemed to keep going wrong, but nothing’s really that big of a deal. And while I was sitting there, eating the half of my sandwich that was left, listening to Hunter, change the melody of the chorus into actually what you hear, I was thinking that nobody would ever hear that song. Then obviously, it becomes the first single off the album. Now, Hunter is one of my favourite humans on the planet, not just as a writer, but as a person.”

‘The Album’ marks the end of an era for Rice who admits he’s already working on the next record and has changed things up slightly. “There’s a lot of different producers and a lot of different writers on this record which is cool but that’s not how I’m working now. I don’t have that many writers that I’m writing with for the next record. And I only have one producer, and his name is Jay Joyce. It’s the end of an era for me with the sound that you’re hearing on ‘The Album’. It’s going to be very different on the next record. What I’m working on at the moment is above and beyond anything I’ve ever done, that’s all I’m going to say” Rice teases with a smile.