Chris Young and his famous friends 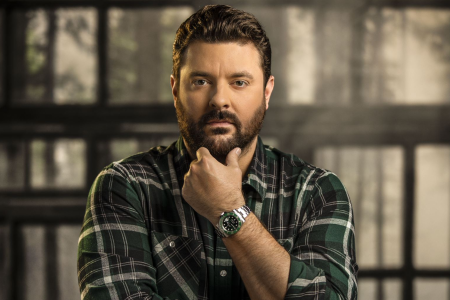 Chris Young is one of the hottest names in the genre right now and has been for a number of years since winning Nashville Star in 2006. Fresh off the back of releasing his eighth studio album, Young reflects upon his proudest achievements, takes us through some of his most personal songs on this latest album and introduces us to his ‘Famous Friends’.

Young co-wrote the majority of this latest album and co-produced it as well alongside some of his friends and collaborators that he’s spent the last fifteen years making music with. “One of the reasons why we’ve named the album ‘Famous Friends’ is not just because of the single with Kane Brown and the success that that’s had but, all of the Songwriters that are on this and the other artists I’ve collaborated with. I’ve got people on this record that it was the first song I wrote with them, in the case of Mark Coleman with Rescue Me. Then I’ve got guys that I’ve been writing with for 14 or 15 years. So really, so many people made this record what it is, it was a cool way to do a little nod to that by calling the album ‘Famous Friends’” Young begins. He teamed up with prolific Nashville writers and producers such as Hillary Lindsey, Chris DeStefano and Corey Crowder as he crafted the record.

“I never tried to nail it down to a formula like ‘I always have to start with the lyric’ because I’ve had success writing a lot of different ways. Sometimes I start from scratch, with no idea what the hook is, or I start with an idea of the hook or just a melody that I sing into my phone. I never really have like a hard and fast way of writing a song.” One thing that remains a constant for Young is his ability to wear his heart on his sleeve in his songwriting, however difficult that may sometimes be. “It’s personal to me, songwriting. It’s real, it’s honest and it comes from a place where I know how to speak to it.” Young reflects upon one of the most powerful songs on the album Drowning “The process of writing this one wasn’t hard, but getting to this idea was. Everybody in the room had a different person in mind while we were writing this, that we lost; I think that’s why so many people could relate to it. It’s something that a lot of people had to deal with – somebody being gone from their lives too soon. I’ve seen it be just as cathartic for other people as it was for me, obviously, it’s very personal to me. I’d started maybe two or three songs over the years where I’ve tried getting this emotion out. This title got brought in by Cory Crowder. We had talked about writing to tempo that day but he says, “I heard somebody say, missing you comes in waves” and instantly I thought a lot of people will be able to relate to this. It’s something that I’m really glad that I wrote and that it did have an impact on other people.”

Over the past fifteen years within country music, Young has scored several number one hits and won a series of awards but his proudest moment came in 2017 when he was invited to become a member of the Grand Ole Opry. “I never imagined that I would get asked” Young begins as he continuously pinches himself to check he’s not dreaming! “Getting asked by Vince Gill as well, who I’m a huge fan of – it was just such a proud moment for me.” However, this latest record is a proud moment for Young also as he brings his friends together in what has been an extraordinary year. The title track with Kane Brown recently topped the Airplay charts. “Corey Crowder, Cary Barlowe and myself wrote that song. I realised that actually this could be a duet. The first person I thought of was Kane, I reached out to him and he was like, ‘dude, I love it.’ So it came together very organically, seeing what it’s done, the success that it’s had since we put it out, it’s pretty awesome.” It’s not the only track on the record that features some of country’s most relevant artists though as Young calls upon Lauren Alaina in Town Ain’t Big Enough and Mitchell Tenpenny for At the End of a Bar, the latter of which is one of Young’s personal favourites on the record. “I just think it’s a cool way to say that and it’s something different from the other things that are on the record.”

From the boy who grew up listening to country music, learning all the words to Randy Travis songs, Young has grown into one of the genres finest artists, perfectly balancing up-beat, fun loving songs such as Famous Friends with conscientious tracks such as Drowning. Young has delivered one of the best country albums of the year.