Cowboy Junkies: Songs of the Recollection 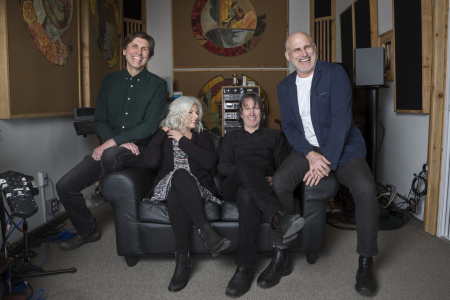 The Cowboy Junkies are returning to the UK this month after releasing their record, ‘Songs of the Recollection’. Michael Timmins has always insisted that before they were musicians, they were music fans and on this album they revisit songs that first made them fall in love with music. It features tracks from David Bowie, Neil Young, Gram Parsons, The Rolling Stones, Bob Dylan, Gordon Lightfoot, Vic Chesnutt and The Cure. Ahead of their ten-date tour, I chatted further with Michael to learn more about the band and what fans can expect at these shows.

Made up of siblings, Michael, Peter and Margo along with their childhood friend Alan Anton, Cowboy Junkies have always naturally gelled together and he takes me back to the beginning, back to Montreal. “We were born in Montreal. Our mum was a nurse, our dad flew airplanes, and he was a big music fan, he was a big band jazz fan. So every day when he came home from work, he’d put on big band jazz music and blare it through the house. We’d take the opportunity to go crazy and run around the house, dancing or whatever. So I think that really inspired us as to what the power of music can do.”

Michael is one of six and though all of them grew up enjoying music, he stuck with it along with Margo and Peter. Before Cowboy Junkies, he and Alan were best friends who were in other bands together. “We got to play music in the late 70s. During that time, that first explosion was coming out of England and coming out of New York, the whole do it yourself attitude, just guitar play. So that inspired us to start playing. The junkies really weren’t formed until six or seven years after that,” he reflects. Although the band began gaining traction, they all did it for the love of the music, “We were young, so we didn’t really care about commercial success. We got a bit of notoriety on the local scene and then when we recorded ‘The Trinity Session’, listening back to that record, we knew we had done something very special. We didn’t know if other people would recognise that, but we recognised that among ourselves.”