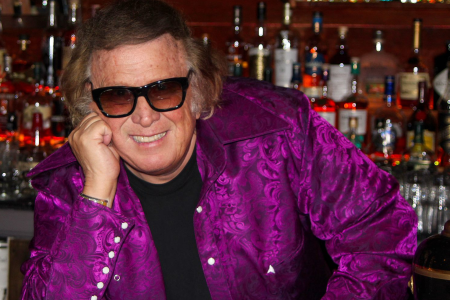 In October of 1971, Don McLean released a song that would not only shape his career as a songwriter but would shape the music industry too. It went against all the rules of songwriting but captured a moment in time, a piece of American history in the most poetic of ways. For years it’s context would have an air of mystery around it but fifty years on from the song reaching the number one spot, McLean celebrates ‘American Pie’ with a documentary that dives deep into the roots of the song.

A combination of Elvis and Buddy Holly captured the imagination of a young Don McLean and inspired his passion for music. “My mother and my grandmother thought I could sing, but most kids can sing. The idea of making a living out of music never really crossed my mind, but every now and then I thought of maybe going on one of those talent shows like Ted Mack hour or something like that back in the 50s. But I thought that was kind of corny so I didn’t want to do that,” he laughs as he reflects back on his early ventures into his craft.

With the help of a good friend he picked up the guitar which changed the trajectory of his life and career. “What changed the picture was the day that my friend, his name was Brad, brought me over to his house, I must have been about 11 or 12 and he said, he had a guitar. He showed me how to play an E chord, an A chord and a B7 chord and that changed my life. Because now I could sing anything pretty much anything that was on the radio with those three chords.”

At thirteen years old, whilst McLean was doing his paper round though, he learned the tragic fate of one of his idols, Buddy Holly and 12 years later, that memory of the moment he found out, would shape the beginning of one of the greatest songs ever written. Before that point though, McLean had to hone his craft and he recalls the very first song he ever wrote. “I wrote a song called ‘Once I had me a baby, now I’ve got me a friend’. It was a ragtime song and I wrote it in 1964. I probably wrote 40 or 50 other songs before I ever started really keeping track of them and performing them and considering them as viable candidates for recording.” McLean was learning something new with every song he wrote, “I was learning as I went along. The only way that you could get a handle on something was to get in front of people who didn’t care about you and see if you could get their attention and perhaps entertain them.”

Two years before the release of American Pie, McLean was working on his debut album ‘Tapestry’ during the student riots. He sat there, writing and wondering what had become of America in the sixties after the assassinations of JFK, Martin Luther King and Robert F Kennedy, the war in Vietnam and the spiralling drug use that gripped America’s youth. McLean was taking it all in and trying to make sense of it through his music. His first album took a while to be picked up and as he worked on his second, he knew he wanted a song that encapsulated all that America was. The lyrics, McLean says, “came flooding out of me like a genie out of a bottle.” Producer Ed Freeman analysed the song as being the “Eulogy for the dream that didn’t take place.”