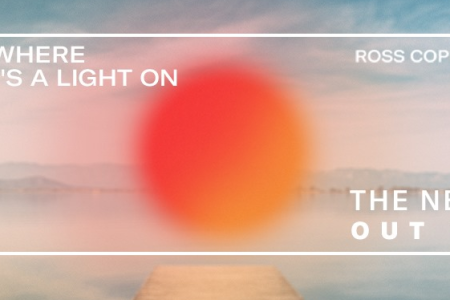 Ross Copperman recently scored his 30th number one as a country songwriter/producer. Now, once again, Ross is stepping out from behind the song and releasing his own EP ‘Somewhere There’s A Light On’ due May 21st.

“I started as an artist in the UK 15 years ago, that fire never went away. I continue to write and produce records in Nashville as well as being an artist again. I worked with a guy named Alex Mondossa, we co-produced this EP. I wanted to do something different sonically and he brought this fresh vibe. It’s representative of me, musically, and what I bring as a writer to Nashville.”

The first song you learnt the words to

Maybe Motorcycle Drive by Third Eye Blind, I don’t know them now but I did. I used to love those Third Eye Blind songs, I used to shout them in my truck as I drove along, those songs made me feel so much.

A song that makes you think of touring

John Cougar, John Deere, John 3:16 which I wrote for Keith Urban makes me think of touring because the last concert I was at was a Keith Urban concert. Myself and Shane McAnally were standing in the front row and he played that song and gave us a shout out in this huge arena and Shane and I were just hugging each other, dancing to this song that we wrote. We were seeing Keith Urban playing it on stage and we were crying, it was a beautiful moment so every time I hear that song it takes me back to live music and touring.

A live show that changed your life

Wow, there’s so many to choose from! Probably Cold Play in Chicago at Soldier Field, it was on their last tour actually. My wife and I were sitting in the pit, it was one of the most beautiful experiences I’ve had; it wasn’t just a concert, it was like a full body experience. Since then, I’ve wished every concert could be like that, we were laughing and crying and singing every word!

A song that reminds you of growing up

Born in the USA by Bruce Springsteen because I used to sit and watch MTV as a kid, that’s what was always on, so it takes me back to childhood. I learned a lot from watching MTV and guys like Bruce.

A song you can no longer listen to

What Does The Fox Say because my kids have played it so many times I can’t stand to listen to it ever again.

An album that made you want to be a musician

Definitely The White Album by The Beatles.

Nobody But You – Blake Shelton and Gwen Stefani, it takes a simple idea and a simple melody and marries the two. When the emotion the melody is eluding to matches the lyrics, those are my favourite songs and I feel that song does that to me.

The story behind latest single Not Believe

I wrote that with Emily Weisband and Jordan Reynolds. It’s a beautiful subject – at your lowest point, when you look into the eyes of the one you love, how could you not believe in a higher power? The song was sitting around for three or four years, no one wanted to cut it but I was so attached to it. It happens a lot, I’ll write a song and wish it could be for me to sing but I became a songwriter to reach the most people as possible and right now that’s with Kenny Chesney releasing it or Dierks Bentley so if someone wants to release one of my songs, I’m honoured!

READ THE FULL ARTICLE IN THE LATEST ISSUE OF MAVERICK MAGAZINE! GET YOUR COPY HERE!