Getting to know Jordan Davis 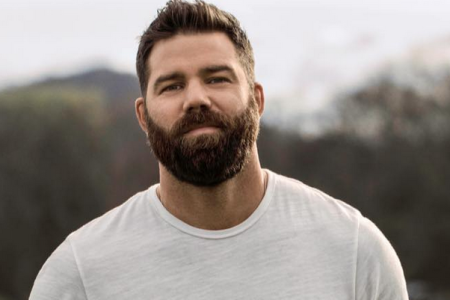 What did your parents play to you on long car journeys and what are you choosing to listen to now?

My dad was the songwriter of the family and my mum played piano, she let him take over the music. We listened to John Prine, The Temptations, Cat Stevens, Roy Orbison, old school singer-songwriters. When I got to an age where I could pick my own stuff, I got into southern rock, pop and rap. Those early days though were John Prine and Kris Kristofferson!

You pay tribute to John Prine on your latest record ‘Buy Dirt’ with the song Blow Up Your TV?

John is one of the reasons why I started writing songs, I think he’s one of the best songwriters who ever lived and unfortunately we lost him in the pandemic. I didn’t feel like we were able to celebrate him like we should have done. That was just my way of saying thank you to him for the influence he’s had on me and my music. That chorus lead us to write ‘Buy Dirt’ so that’s why I thought it’d be awesome to lead with that song and roll in to ‘Buy Dirt’.

It really is different every time. Sometimes I’ll come in with an idea or we’ll sit around with coffee and just talk until we figure something out. My favourite way of writing is when we already have an idea or title but overtime is different.

How did the collaboration with Luke Bryan come about?

I sent it to him in a text message and told him how much it meant to me. From the second we finished writing it we had Luke in mind to sing on it. So I told him to listen to it and I said ‘if it hits you in some way and you want to be a part of it then hit me up, if it doesn’t then no worries, I know you probably get sent 100 songs a month!’ I was able to develop a friendship with Luke over the past two or three years so it meant a lot to me that one of the superstars out there wanted to be a part of the song that meant so much to me. It was awesome, it was a good day, we did a lot of celebrating the day he told me he wanted to sing on it.

What’s your proudest moment so far and what would you like to achieve in the future?

‘Buy Dirt’ is such a special song to me and my co-writers, how it came about, to having Luke on it, to it’s release exceeding our expectations – thats something I’ll always be able to look back on and be really proud of. It’s going to be a tough one to beat! I always try to focus on goals I can control such as becoming a better songwriter, make better albums. Sometimes people have goals to sell stadiums out but there’s a lot of variables that go into that! My goal is to make sure every release is better than the last.

Who are your favourite people to collaborate with?

I write a lot with my brother Jacob Davis and Josh Jenkins and Matt Jenkins, we write together a few times each month. I feel when we all get together we either write a really great song or if we don’t, we have great conversations. Music business is tough so it’s always good to sit down and talk to those who are in the same area within the industry and talk about life.