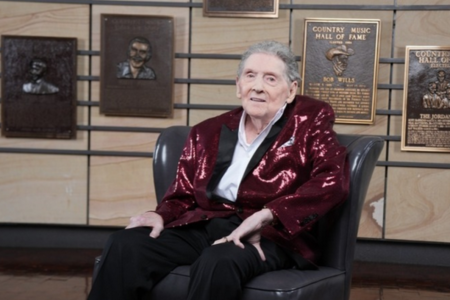 Jerry Lee Lewis was a dynamic entertainer known for his flamboyant style and energetic stage presence as both a singer and pianist. Last month, he passed away at age 87, but just days before, he was inducted into the Country Music Hall of Fame.

Throughout his extraordinary career, Lewis, also known as “The Killer” for the way he knocked out his audiences, mastered a unique, piano-driven sound of his own. He placed 28 Top 10 Billboard Country singles across four decades, including hits, “Great Balls of Fire” and “Whole Lot of Shakin’ Going On,” both of which have been inducted into the Grammy Hall of Fame. Lewis was also the first person inducted into the first class of the Rock and Roll Hall of Fame in 1986 and the Recording Academy honoured Lewis with a Lifetime Achievement Award in 2005.

His career began at Sun Studios where he became a solo artist and session musician. Along with Elvis Presley, Johnny Cash and Carl Perkins, Lewis was a part of the Million Dollar Quartet. Lewis appeared on the Grand Ole Opry just once and disobeyed the rules by going over his allowed time, ignoring commercial breaks playing for over forty minutes instead of the typical eight.

During this set, he played classics such as ‘Whole Lotta Shakin Going On’ which features on the classic album, ‘Golden Hits of Jerry Lee Lewis’ released in 1964. The album captures the very best of Lewis in the prime of his career. It was his first record after leaving Sun Records, and was distributed by Smash Records. It featured such songs as ‘Great Balls of Fire’ and ‘Your Cheatin Heart’. The album boasts a bigger, booming sound than the original, with backup vocalists and a brass section but the achievements of the originals outweighed the slicker production of the revisited versions and many critics at the time were quick to point that out. It briefly entered the charts at 40 and quickly left again.

What the record did do though, was highlight Lewis’ ability to take a song and really make it his own with his piano skills and voice. The energy that mesmerised so many people in a live setting was captured on this record. The album, though not explosive upon it’s first release, has aged well and is a great starting point for those younger generations discovering Lewis’ music now.