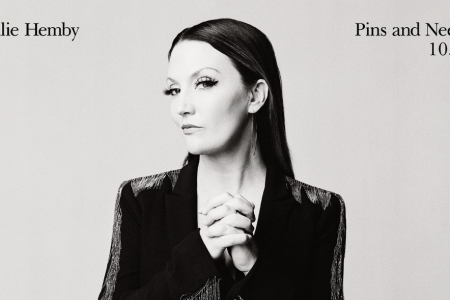 Her songs may be heard across radio stations everywhere, but even 2x GRAMMY-winning songwriter Natalie Hemby is not immune to radio silence. On her new song “Radio Silence,” available everywhere today, Hemby showcases her acute metaphorical lyricism as she details the deafening sting of a fading friendship.

“This song is basically about being ghosted by a friend, only not because of a fallout, but because your friend doesn’t want to drag you into their struggles, so they shut down,” says Hemby. “I was the friend, and Rosi Golan was the one reaching out. She and I wrote this song with our friend Daniel Tashian.”

In addition, Hemby was just named Female Songwriter of the Year for the 2021 MusicRow Awards.

Last week, Hemby launched her “Hemby Sessions” series on her YouTube channel, in which she will perform some of the best songs she’s written for other artists.