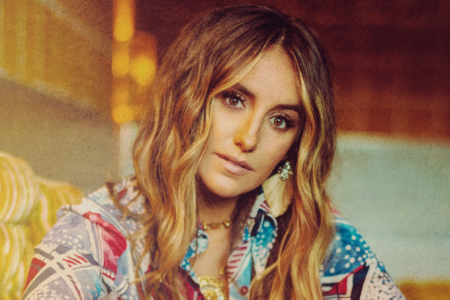 Lainey Wilson is having the time of her life at the moment! Following the success of her first number one hit ‘Things A Man Oughta Know’, she has been nominated for six CMA Awards, is heading out on a sold-out world tour with Luke Combs and has just been announced as one of the main stage acts for C2C 2023. From her days queuing for hours outside the Bridgestone Arena to see her idols, idols she’s now nominated alongside, Wilson’s rise to stardom has not been without it’s struggles but the view from the top was worth every set-back.

That’s where she starts, “I feel honoured and humbled. It feels good to be recognised. I’ve been in Nashville now for 11 years, trying to do this thing and it’s been hard. But country music is truly my life and I’m so glad that things are finally coming to fruition,” she grins.

Her new album, ‘Bell Bottom Country’, named after the genre of music she coined herself, is out now and though she sticks with some familiar collaborators when it comes to the writing and production of the album, it is perhaps her finest work to date. Calling upon her friends and dream collaborators, Wilson enjoyed every step of crafting this record. “Jay Joyce did this record again, I feel like Jay and I have just become such great friends. He did my first record too. You learn a little bit more about each other and each other’s stories, and he really helped me nail what Bell Bottom Country truly is, and that’s country with a flair.” Capturing Wilson’s personality in the songwriting and production was an integral part of the creative process. “It’s about finding whatever it is that makes you you and different and leaning into it as much as you possibly can, and being unapologetically yourself. Because at the end of the day, everybody else is taken.”

She teamed up with strong, female hit-makers such as Jessi Alexander, Nicolette Hayford and Emily Weisband to pen some of these songs as well as Jordan Schmidt and Josh Kear to name a few. “All the co-writers that I collaborated with on this record, are songwriters here in Nashville that, either we started out at the same place, or they’re writers who I have looked up to for years. A lot of the songs I wrote on a writer’s retreat out in Arizona as well.”