Mickey Guyton: Changing the world, one song at a time 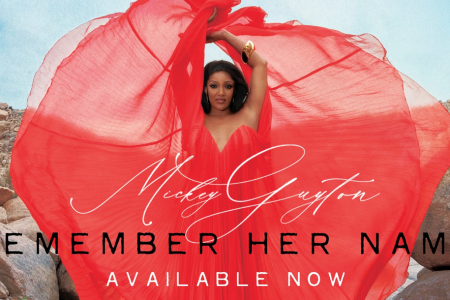 Mickey Guyton has been the voice of change within country music for the last couple of years, her debut album continues to bang the drum for marginalised artists within the genre.

Mickey Guyton’s debut album has been a long time coming. The songstress has released a series of EPs previously and has been the catalyst of change within the country music scene in recent years. I’ve followed her career for many years but despite her incredibly powerful voice and thought provoking lyrics, it’s only recently that the country community has started to take notice of theTexas-native.
In February 2020 Guyton stunned everyone with ‘What Are You Gonna Tell Her?’ a song she debuted at the Ryman Auditorium as part of the Country Radio Seminar. The irony did not go unnoticed, that a song about gender discrimination was played in front of professionals who have admitted to favouring the songs of male artists over female artists when it comes to country airplay. Guyton received a standing ovation and for what felt like the first time, people began to listen to what she really had to say! “It’s extremely important to me to be able to use my gift as a singer and songwriter to raise awareness of these issues. It wasn’t intentional, that I became an advocate writer. It took time, it took pain, it took trial and error to get me to this point.”
‘What Are You Gonna Tell Her?’ was not the only song that shone a light upon the injustices Guyton has faced during her career. She followed this up with the GRAMMY nominated single ‘Black Like Me’. “When I wrote songs like ‘Black Like Me’, and ‘What Are You Gonna Tell Her’ it was just therapy for myself, I needed an outlet to get it out and to move forward. I never had the intention of people hearing the songs. It’s just what happened, then I guess it’s my purpose, that I didn’t even realise was my purpose. It’s so important for people to be heard, especially in a time where there’s so much pain around the world with this pandemic and the oppression of women, which is also a pandemic, that is so important for me to sing about.”
Her new album ‘Remember Her Name’ features these two breathtaking songs as well as a number of other inspiring tracks such as the title song whose video tells the story of a young girl trying to follow in her firefighter father’s footsteps. Her latest single ‘I Love My Hair’ also speaks up against discrimination. “So I wrote love my hair after I saw a YouTube video of a little girl with braids being sent home, because the school said her hair was distracting. It just brought me back to my own insecurities with my own hair as a child and me thinking that I didn’t have beautiful hair, when in fact I have gorgeous hair just like everybody else. So I wanted to write a song about loving yourself, you’re allowed to love exactly who you are.”
Guyton has a solid writing team that she calls upon. “I call these women my Canadian Army – Emma-Lee, Victoria Banks, and Karen Kosowski they have been absolutely essential and crucial to this album. Victoria Banks was one of the first people that I started working with in Nashville. We stopped writing for a while because I was going through the whole Nashville assembly line of writers. When I finally stopped and wanted to focus on people that have gotten me as an artist, that have always been willing to write with me, Victoria Banks was the first person I thought of. Karen Kosowski, I met her a few years ago, and she was the first person to ever record my voice where it stopped me in my tracks, and I was like, ‘Wow, like she actually really hears me’. Whenever we build and write songs together, she focuses on my voice first, and she is going to blow up as a producer.”
These writers helped Guyton tap in to her personal trials and tribulations. “I wrote ‘Lay It On Me’ about my husband because he was really sick. For a year, I had to watch him go through all of these tests, like even a bone marrow biopsy to try to figure out what was going on with him and to watch someone that you love so much that is your superhero, struggle and be in a vulnerable space, that’s really hard to watch. I wrote that about him and it’s a beautiful love song.”
The new mum has delivered one of the most thought-provoking and powerful records that you will hear all decade. Guyton is intent on changing the world, or at least the landscape of country music, one song at a time!