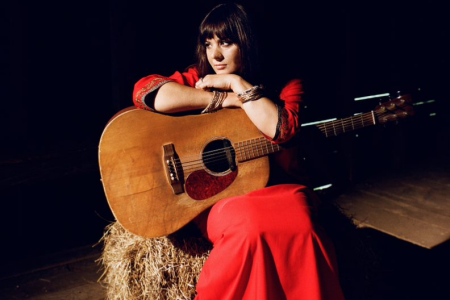 Following the release of her ‘B Sides and Rarities Vol. 2’ album, Rumer is set to take to the stage at a series of festivals this summer including The Long Road. Since the turn of the century, Rumer has been on a rollercoaster ride through the music industry but through the ups and downs she has found a happy place where she can make the music she wants, that she can be proud of.

“I left the music business in 2013,” Rumer begins as she reflects on the last few years. “I literally went to live in the woods and loved it. There was just nothing there, just trees and deer. That was the beginning of trying to remember who I was. So it was really nice to just get out of the business, and then go back in slowly, come up with some projects with an independent label.” It was during this time away from the industry that she began working on her album ‘Nashville Tears’ which includes covers of Hugh Prestwood songs. “I went to live in the American South, and then had a baby in Arkansas. I adopted my dog in Arkansas. So I had this whole interesting experience living there, and then Georgia. I was raising my child and I was just doing other things, helping produce a book, and working on ‘Nashville Tears’, learning about Southern culture, being basically a housewife in the south. That’s when I started to really learn about country music and love country music, because it was the soundtrack of my life, at that time.”

It had taken Rumer a while to get to this point after a tumultuous few years as a major label artist. She reflects upon the experience all these years later with a renewed sense of perspective and from a much happier place, “When I started as a major label artist, it came as quite a shock. You don’t go to meetings, all the meetings are between the label and your manager, you’re excluded and I took that personally because I wanted to be involved in everything. Now I look back, I think the reason why they have these sort of clunky systems is because they are so huge, and they are moving fast. They don’t have the ability to do bespoke campaigns, so it’s a one size fits all, and it’s easier to talk to the manager. And in some ways the manager protects you. It can make you go mad, I feel like I’m a music industry survivor but I know now it wasn’t personal.”

Coming from a big family, Rumer and her siblings inspired each other when it came to music, “I’m one of eight kids and I was really influenced by my brothers and sisters,” she reflects back, recalling road trips with them and the different records they would play. “They all played instruments. My three older brothers had like a band room where they set up their equipment and had microphones. I wanted to get on the microphone. Around the same time, I was obsessed with Judy Garland films and listening to sort of old movie musicals and stuff like that. So I was immersed in music.” It’s that immersion that ultimately drew her back to the industry she loves.

She began writing songs from an early age inspired by her older brother who also wrote songs and the original tracks on ‘B Sides and Rarities’ are real gems! “I tend to like to work to a concept, for example, when I wrote ‘Aretha’, it was just a title, but I knew what it was, I knew the feelings I wanted to talk about. Sometimes you just improvise and see what ideas come up and if something interesting comes up I’ll write it down and I can always revisit it later, it’s like sifting through gold. There are writers that do it all day every day, that’s the Nashville way but I’m still very reliant on the magic.” She opens up on the story behind her song ‘Roses’ and the process of getting that song out into the world. “‘Roses’ and ‘Old Fashioned Girl’ were part of an original demo collection and when I took them to the label they said we’re not sure about these songs, can you start again. That really affected my confidence and it set me back about six months” Now, years later it is taking on a life of it’s own as the lead single from the album. “I don’t remember exactly when I wrote it but I had a feeling of hope that something was around the corner. I have a husband and child now but at that time I didn’t. In my 30’s I was craving that, and it felt very elusive. So I think Roses represented a lot of the feminine desires and the blossoming of those things.”

‘B Sides and Rarities’ is a unique concept that allows Rumer to revisit songs that never quite fitted her other projects for one reason or another and bring them to life on their own project. “I tend to have a look what I’ve got and pick the most coherent because at the end of the day, they didn’t get picked for whatever reason the first time. ‘My Lover Lies Under’ by Simon Aldred, the label asked me to record that song so they could pitch it for a movie but it did not get picked. Whilst ‘Mona Lisas and Mad Hatters’ was an outtake from ‘Boys Don’t Cry’. Those sessions were really expensive. That was a song that never quite never made it because I was tired and I didn’t quite finish the vocal.”

Now, the happiest she’s ever been, Rumer begins her next chapter as she plays The Long Road and connects with that UK country audience in a live setting she also channels her experiences living in the American south into her writing. “I feel like I’ve gathered a lot of ideas and experiences that I feel like I can put on my next record. So everything is about writing now,” she concludes.