Scotty McCreery: 10 years to the top 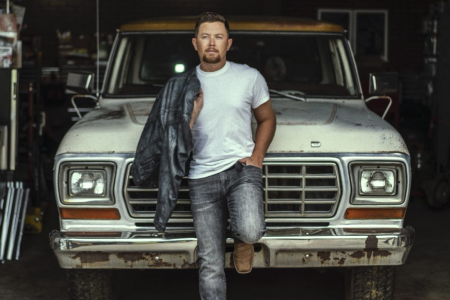 It was over ten years ago that we first saw Scotty McCreery rise to fame as he won the tenth series of American Idol. Since then he has released five studio albums and several singles, four of which have topped the Country Airplay charts. Now, after several attempts to get back over to perform in the UK, he returns to play the main stage at Country 2 Country. “We can’t get over there fast enough!” McCreery exclaims.

Reflecting upon his breakthrough into the industry McCreery divulges the key things he learnt from his time on American Idol, “It’s crazy to think about, it feels like yesterday,” he laughs. “It was like a little boot camp for the entertainment industry. So I learnt about recording songs, I learnt about being on stage, and turning that on when the cameras are on, and people are watching – how to entertain. So getting to work with those judges really helped me with that.” Before that though, McCreery always knew he wanted to be a musician, “I think it was just kind of, in my blood,” he says as he reminisces on his childhood and he learnt by impersonating the best. “There’s not really a time I remember not singing. I was always singing songs at church, or I was imitating Elvis at a young age. I just always had that in my mind. So I figured, if I can do that for a living, that’d be fun but it was just a dream, I never thought it would actually happen. So, it’s pretty amazing to be able to do this.”

Recently, McCreery released his fifth studio album ‘My Truck’ which entered the top 10 on the Country Albums chart and produced the chart topping song ‘You Time’. It’s a personal song to McCreery who divulges the story behind the track. “You never really know how successful a song is going to be but some get stuck in your head, that’s what happened with ‘You Time’,” he begins. “Me and my wife – she was working in a hospital and I was on the road, and we were not seeing each other at all that first year of marriage. Every time I was gone, she was home and every time I was home, she was working. So I just wanted to slow things down and get to spend time together and that’s where the song came from. Then lo and behold, we got to spend a lot of time with each other the last few years!”

McCreery found the last few years tough being unable to tour. “Having done it the last 10 years in a row, that first month, I was kind of like, oh I get to be home, I haven’t had this since I was 15 years old. But that quickly wore off and I was ready to get back out there. It’s one of those things, we all just had to adapt and learn new ways of doing things.” Though he was initially reluctant to write over Zoom he soon realised that was what he was going to have to do in order to keep things moving forward. “I was very hesitant, then eventually I was like, well, you either do this or you don’t get to write with your buddies. I ended up really loving it. I thought it was a great way to write songs and we got some good stuff out of it.”

McCreery’s writing process varies from session to session now. He has found a good group of friends in the industry that he likes to work with on a regular basis and says, “There’s no right way to write a song, that’s the fun part about it, you never know, when you walk in the room, what’s going to happen that day.” For his latest album he co-wrote ten of the album’s twelve tracks with some of the same writers and producer’s that he’s worked with since arriving in Nashville. “My producer, Frank Rogers is a guy that’s seen it all, worked with everybody from Brad Paisley to Darius Rucker and Josh Turner. You name it, he’s worked with them. I write with him a bunch. Ashley Gorley, and Zach Crowell, are two guys that I’ve written with, all the way back to the start, and I still continue to write with today.”

Aside from his own records, McCreery has been collaborating with a number of other artists recently that he’s really excited about. “Me and Chris Lane just did a song together and there’s a couple other things we’re working on as well. So any chance you get to do a duet is cool for us, but also cool for the fans.” McCreery and fellow country star Lauren Alaina often duetted whilst they were competing on American Idol and McCreery reflects upon those early collaborations. “Lauren was probably my first duet that I did in my life. All of a sudden, you realise that, hey, it’s not all about me, I’m trying to sing my part but also want the other person to shine. I want both of us to make this thing and let everybody enjoy it as one piece instead of just one. I still love doing duets.” McCreery says if he could have duetted with anyone though, dead or alive, it would have been Elvis! “He inspired me, just the way he was so creative, and you never knew what to expect from Elvis, you know, so I love that about him.”

Though McCreery seems on top of the world right now, it hasn’t been a completely smooth ride since winning American Idol. In 2016 he parted ways with his record label Mercury after a single failed to perform well on the charts. With the release of ‘Five More Minutes’ McCreery became the only country music artist in Country Aircheck/Mediabase history to chart a song without the backing of a record label as he tried to go it alone. “’Five More Minutes’ and getting that song to number one on the charts is probably my proudest moment,” he reflects as he demonstrates how hard work and determination paid off. “It was a lot more than just getting that song to number one, I hadn’t gotten one before, it was a song written for my grandfather and we went through a lot of career changes right before that song came out. So we kind of had to fight to even get it to radio, let alone to get it to number one, there was a lot that went into that song. So to get it all the way up there and for that to be my first was pretty huge for me.”

Now, McCreery heads back out on the road and the excitement builds for his performance at C2C. “We’re gonna have a lot of fun. We’ve been waiting and hoping to get on Country 2 Country for a long time now as well. We’ve got a brand new record. So we’ll be playing some of the new songs. But, luckily, over the last few years, we’ve had some songs do well at radio. So we’ll play all the hits.” A major thing that he learnt whilst doing American Idol was how to connect with the audience and bring them into the show so he is bound to put on quite the performance. “I’m people watching from the stage and I’m looking out and seeing what other folks are up to, what do they drink? What does their sign say?” He laughs, the excitement clear in his voice.

McCreery has had a rollercoaster of a ride since that very first audition but his music and live show has never been better than what it is now. He will be playing Dublin on Friday 11th, London on Saturday 12th and Glasgow on Sunday 13th March, so make sure you have your Hot Dog and Drinks in hand before he takes to the stage!