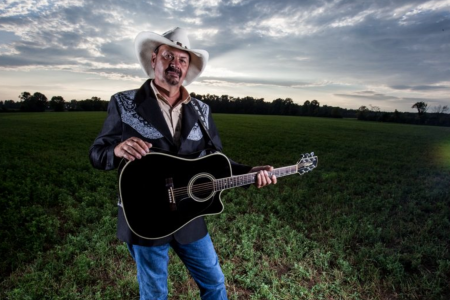 I knew I wanted to be a country music singer, entertainer about the age of 8 when my Dad got me up on stage with him when he was opening for Porter Wagoner. I sang ‘I’ve Got a Tiger by the Tail’ and the crowd loved it. I was bit by the country music bug and knew I had to do what my Dad had been doing, entertaining folks who love traditional country music.

Who are your main influences?

Besides my Dad, Woody Lynch, I have been heavily influenced by the likes of Conway Twitty, Keith Whitley and George Strait.

When it comes to your own songwriting, where do you draw inspiration from lyrically?

Can you tell me the story behind ‘Radio Friend’ please?

I was listening to the last show of a retiring 50 year DJ, Gary Cohn on my local radio station. Gary had also been on WSM, Nashville years ago and his shows were always full of the real good traditional country music I love. Gary’s parting words were:  “If you don’t hear me on the air, you will hear me up there”. That inspired me right at the moment to put pen and paper to the story of long time DJs doing what the love. And then shortly after I wrote the song, a very close family friend, who was a Hall of Famer musician and also a long time country music DJ passed away at age 96. And the song seemed to tell his life story, ‘Radio Friend’ was played at Ray “Chubby” Howard’s funeral, a very big honor to me. And the following week Ralph Emery also passed away and several DJs reached out and asked if they could play ‘Radio Friend’ on their shows in tribute to Ralph, another big honor as these DJs have been great friends playing my music for years.

What can you tell me about the new music you’ve been working on?

I have 6 songs recorded ready to put on the new album we will release by the end of the year. I also have several more songs on paper ready to get in the studio and record, just got to get an opening in our schedule to get back to the studio. All the songs I have written or co-written and I am very proud of them, including ‘Radio Friend’ which will be on this upcoming album. The songs are diverse and there is something for every country music lover. This album will continue my collection of real traditional country music with great lyrics and the true country sound.

I have performed a lot of concerts with some of my country music heroes and stars. I have also gotten to record music with several country music stars and legends. But recently I performed on a great event during CMA Fan Fest week in Nashville with a long list of my heroes and those country music legends. The Country for a Cause show at 3rd & Lindsley was a big highlight for me in my career.

A few silly questions now, in a movie about your life, who would you cast to play yourself and what would be the opening theme tune?

I really like Kevin Costner, hey why not go for the best actor out there? The theme song would have to be “I’m Just a Country Boy”, that’s what I am.

On stage are you completely focused or do you let your mind wander?

When I am on stage I am focused on the audience and delivering the best performance of the traditional country music I love to sing for them.

I have quite a few shows scheduled for the rest of the year and I am working on writing and recording more great country music. 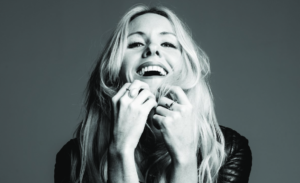 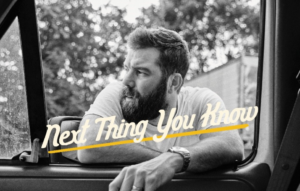