The Meteoric Rise of Cassa Jackson 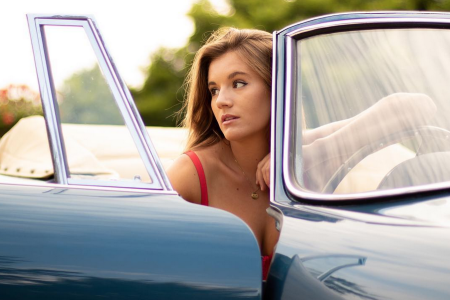 UK singer-songwriter, Cassa Jackson, takes a break from revising for her finals as she jumps on zoom, bursting with energy, to discuss her new single Learning How To Love. Jackson’s exuberant personality, which shines through on the call, coupled with her meaningful lyrics and pure, yet powerful voice, played a major role in propelling her from school girl to superstar seemingly overnight. A few years on, with exams out of the way, Jackson is focusing all her attention on the music industry.

“I was always in charge of the music” Cassa reflects, as she casts her mind back to growing up and those earliest inspirations. “We’d play ‘Name That Tune’ and I’d put my little iPod shuffle on. I listened to a lot of JoJo. When we went to America on holiday we did a road trip round Utah, and we’d put country radio on.” Though her music is deep seated in the pop genre, the country influence is tangible in her lyric writing, something she acknowledges herself; “I do feel theres a lot of undertones of Country in there. Lyrics are my favourite part of songwriting, I try to make sure it has a story and that it means something so I think that has influenced me.”

It was one of Jackson’s teachers that first saw her songwriting potential at an early age. “It was a bizarre entrance into the industry as my teacher entered this song I had written into this Song Academy competition. I got to the final and had the chance to perform at Westfield.” Little did Cassa Jackson know that it would be the start of a blossoming music career; “A lady came up to me and asked me to perform at Wembley arena for this event that she ran. It was 2017 and my first gig ever was in front of 10,000 people at Wembley Arena!” Cassa exclaims, still in amazement. Many musicians can only ever dream of playing a venue such as that, but that was Jackson’s first gig. The only way was up and luckily, that first gig had a ripple effect on the rest of her career. “This DJ saw me there and asked me to write for him, so he flew me out to Athens and I was performing in front of 40,000 people at this massive festival there and I loved it and knew that’s what I wanted to do for the rest of my life.”

All of this experience early on in Jackson’s career helped her to mature both as a person and as a writer and it’s evident in the way she approaches the process. “If I see a good phrase I always make a note of it or if a melody pops into my head I’ll record a little voice note. it’s always autobiographical so I go into a session and it’s a bit like a counselling session for me.” Her latest single further demonstrates how far she’s come as a writer and how much she has grown since those early days. “Learning How To Love, is an unusual song for me. I feel like a lot of love songs are about how everything is perfect, they don’t talk about any of the bad stuff. I’ve been in a relationship for the past six years and the song is about how we’re still together because we’ve been through all these ups and downs. It’s saying a relationship can never be perfect but what makes it perfect is the fact that you’ve been there through all the ups and downs.”

Through the midst of releasing these last couple of singles Cassa Jackson has been finishing up her degree in French and Spanish. “I’m doing a degree in French and Spanish, my parents wanted me to have a plan B. If I wasn’t a musician I always wanted to be a barrister but maybe I could combine everything and be a music lawyer practicing in french or something! Although now, I can’t see myself doing anything other than music.” With her studies behind her, there is nothing in Cassa Jackson’s way as she continues on her meteoric rise to the top!