Wade Bowen: A Guitar, A Singer and A Song 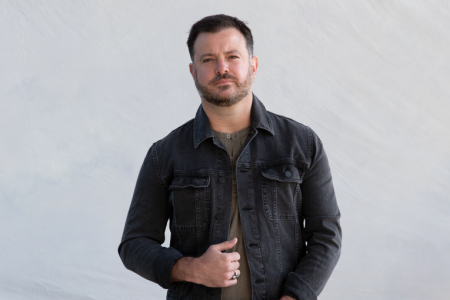 Wade Bowen’s ‘Somewhere Between The Secret and The Truth’ is one of the strongest albums you’ll hear all year. He has worked with esteemed Nashville songwriters such as Lori McKenna, Randy Montana, Eric Paslay and Heather Morgan to name a few and teamed up with Vince Gill for single ‘A Guitar, A Singer and A Song’. The Texas native was always keen to pursue music and it’s led him on quite the journey to this point, playing alongside one of the pillars of the country music community.

“I think I always wanted to do it,” he says looking back on when he first longed to be a musician. “Growing up as a kid, my mum was really into it and really kind of pushed me to do it. Music was always around the house. I didn’t really play guitar, or start writing songs till I was about 16 or 17 years old. So I was kind of late to that. But I think I always knew I wanted to play music. I just didn’t know how to do it yet.” He was influenced by the sounds of the 80s and 90s country artists and still draws influence from them today, which you can hear in his music.

In tune with the industry though, he listens to what else is out there today, helping to influence him when it comes to selecting writers to get in a room with. “I listen to what’s new out there that I need to compete with. Who’s writing a cool new song?” He laughs. When he gets in the writing room, he shares his real life experiences, “I usually take something from real life. I think in the past, I’ve always been a pretty open diary, I let let my normal thoughts and darkest secrets out – against my will sometimes or against the will of my wife!” He chuckles again. “I try to write songs that I feel are true and real and honest. I feel like I’m writing the best songs of my life with this new record, and they’re just simply trying to be as honest as possible.”

Born and raised in Texas, he’s not just had the mainstream or Nashville scene to influence his style but the Texas country scene which is a genre unto itself. “I’m born and raised here in Texas and although I’ve had major record deals through Nashville and major publishing deals and all of that through Nashville, I’ve always stayed living in Texas. I love it here. It’s beautiful we can be supported so well by by people that love original music. Whether it’s a huge 10,000 person festival or 500 capacity, smoky bar. People here really, really love all genres. They love country, they love swing, they love blues, they love rock and roll. It’s just such a great mix of music that I’m so proud to be a part of. I love it here and I love the fact that I’m based out of Texas and very proud of it.”

His new song with Vince Gill is a beautiful ballad about leaving a lasting legacy. “I started thinking about what we do every night, to grab a guitar and walk on stage with nothing but your guitar and your songs and your voice. It’s a pretty dramatic and crazy life, career if you call it that. I just wanted a song that represented the ups and downs, strengths and weaknesses of being a songwriter, and doing what we love to do. It’s not always easy, but that’s what makes it great.” Bowen reflects on the songs creation – he wrote it with Lori McKenna.