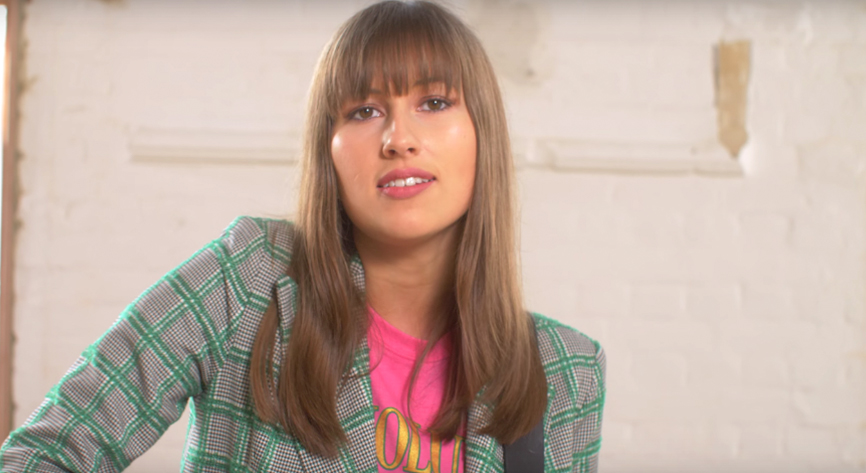 Amy Lawton has released the video for her new single ‘Hurts Like Paradise’. The new single is an upbeat country-pop love song reminiscent of the likes of Suzanne Vega, Alanis Morrisette and country-era Taylor Swift.

The video finds Amy acting out the story of the song as she explains, “‘Hurts Like Paradise’ is a song I wrote when I was at school. It’s kind of a story about a relationship from start to finish, only it’s told from the perspective of someone who feels like they’re an outsider. I like that there are details in the song which show this character as they talk about their experiences. Even though it’s a sad song, I like to juxtapose sad lyrics with upbeat sounds.”

About recording the video she continues, “The filming of the video was a fun day as we tried to visualise the song and acting out a story for a video was a new experience for me. We shot the video down the same road where the track was recorded and where I write most of my songs in London. I really enjoyed shooting at the locations – great spaces and it was nice to be in familiar places!”

‘Hurts Like Paradise’ has been created alongside the multi-platinum selling hit songwriter Matty Benbrook (Paolo Nutini, Jack Savoretti, Dido) who discovered the fresh-faced singer on the London live scene.

She has announced two London shows to celebrate the release of ‘Hurts Like Paradise’ and will to play Ronnie Scott’s on June 5th and The Lock Tavern, Camden on June 12th.