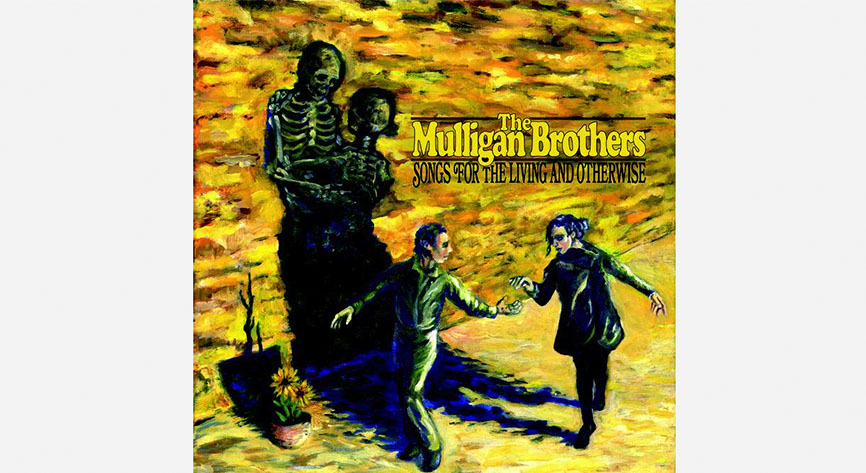 The Mulligan Brothers announce new album, ‘Songs for the Living and Otherwise’

The Mulligan Brothers are releasing their third studio album, Songs for the Living and Otherwise this summer. The album brings joy and pleasure from dark songs about life, loneliness, death and spirituality. Lead singer/songwriter Ross Newell’s warm, sincere voice brings out every emotion between pleasure and pain and makes you want to feel them over and over again.

The band’s name means second chances, but they took the biggest chance of their career and produced this album on their own, creating songs that are truest to them, so far. Converting the upstairs of Newell’s home in the heart of Mobile, Alabama into a recording studio allowed them the freedom to get to the honesty of who they are.

“Recording and producing this album ourselves gave us the luxury of seeing the vision all the way through to the end without outside influences making us second guess ourselves,” says Newell. “There is a new confidence in this album and we are thankful for the great people who support us and gave us the courage to try something new. It is freeing to let go and create an album that we will enjoy playing on the road every night.”

The broader arrangements are driven by the band’s signature harmonies and dramatic transitions from drummer Greg DeLuca with Ben Leininger adding electric and upright bass and Melody Duncan on fiddle and piano. The band is evolving but the songs are still built around Newell’s tight lyrics that stab you in the heart or define life in new ways. Songs of abuse and knowing a man like “the back of his hand” or coming home to a woman who makes him feel that “If you told me that heaven was just like tonight, then maybe I would start acting right.”

Newell, one of the South’s best songwriters, speaks up about the South in “Great Granddaddy’s War.”

“We were born here crying with our egos bruised, below the Mason Dixon with the red state blues. We’ve got a lot of heroes here screaming southern pride, but a hero is just a villain to the other side. There’s a hundred years of bitterness in our blood and it flows with the conviction of a forty-day flood. Until we are out of ammunition and the rivers run red over what Jesus meant but what he never said.”

“Some of the beliefs in the South are challenging for me,” says Newell. “Just because someone in my family believes something doesn’t mean I have to believe it, too. This is a song about what I think is wrong and if you feel that way too, then you aren’t alone.”

“Possession in G Minor” is the band’s first character song, Newell plays the devil searching for souls. “I like the subtleties of telling the story without telling the story and maybe not everyone will get them,” he says. “I am the devil you almost feel sorry for, Melody is the innocent girl who lets it slip that she is left alone and for a friend she would sell her soul. That was the knock on the door my character needed.”

Recording this album was the best time they have had in the studio, but getting started writing the songs was tough on Newell. Life on the road leaves little time for writing songs and they stopped touring for several months to give Newell the time and space he needed.

“There is a lot of pressure on the songwriter in a band,” says Newell. “It was a relief when the songs started coming and a bigger relief when I knew we had enough songs.”

Duncan has grown from the new member playing fiddle and adding haunting harmonies to a voice who needs to be heard. There are duets with Newell and her own song “The Basement,” about returning one more time to the memories of a lost one. “It’s not the wick I smell, it’s memory burning with the question how the power of the dead can make the world stop still.”

The Mulligan Brothers started playing together five years ago in bars on Dauphin Street in Mobile and now play around the world. They have played on the Cayamo music cruise and 30A Music Festival and will soon play on NPR’s Mountain Stage and make their fourth appearance at Jazz Fest in New Orleans.

Songs for the Living and Otherwise was mixed by Grammy-winning producer Trina Shoemaker at Dauphin Street Sound in Mobile and is the follow up to Via Portland and their debut album, The Mulligan Brothers.