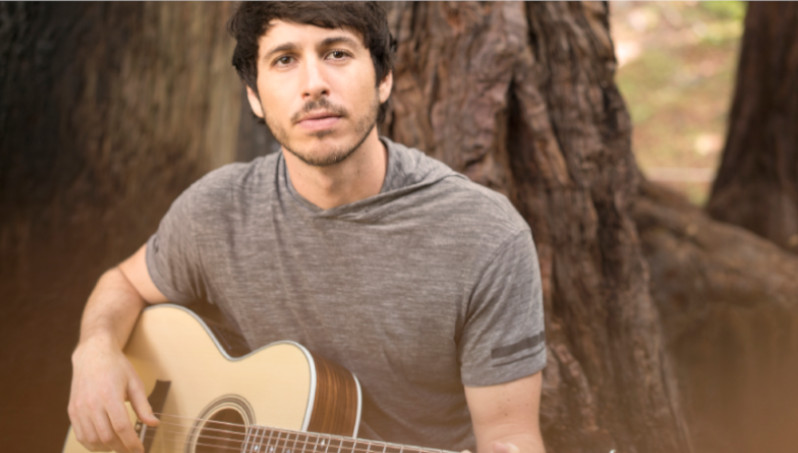 Australian artist Morgan Evans is set for a busy summer and will be back in the UK and Ireland for five dates, including a slot at The Long Road Festival.  Maverick caught up with the singer-songwriter to find out his thoughts.

So Morgan, you’re coming back to the UK later this year – excited?

This is the first chance we’ve had to speak to you since the album was released – how have you found the reception to the album?

But then when you release it, it becomes everyone else’s and it’s up to them how to interpret it and to see if they like it. Out of all the music in the world, I love the fact that these songs are finding homes with people in their memories and in their lives.

It’s a crazy feeling and as nerve-wracking as it is to release something like that, the pay off when people are digging it is the reason you do all of that. It’s been incredible to read all the comments on social media

These UK shows will be the first real chance you’d have had to play songs from ‘Things That We Drink To’, to audiences over here, how are you feeling about that?

I get so many comments on Twitter, Instagram and Facebook with people saying “come back to the UK!” I was over there really briefly for C2C 2018 and the reception was so warm and so welcoming and, to be honest, really bloody loud and that just made me excited to get back and play my own shows.

I feel like, UK aside, it’s going to be the first time I get to play a lot of these songs from the new album for the first time. I’ve spent a lot of time on the road and opening up for people where you only get half an hour or 45 minutes to play, so there’s a lot of music that you leave on the table.

At these shows, I’m really stoked to stretch the set out and share the album as much as possible.

You’re playing The Borderline in London, which is a really cool venue. How do you feel about playing club shows?

I love it, man. I love playing smaller rooms like that and I love being able to look into people’s eyes in the audience as they’re singing or smiling or in the moment.

Obviously playing huge places is a big thrill, but when you actually have that real human contact and you can reach out and kind of literally touch it, it’s pretty special.

I feel like all the smaller rooms that I get to play are in legendary cities and getting to play my own show in London is a pretty big deal for a guy from Australia and I feel like these are the kind of shows I’m going to remember forever.

Absolutely! There’s a lot of great artists playing that too – I’m a big fan of Kip Moore as a person and a musician and I love the guys from LANCO, too.

I only have one festival experience in the UK other than C2C and that was playing the Buckle and Boots festival. That was just a riot, it was a party in a field and I’m excited to get over and play.

I feel like the country fans in the UK are similar to the country fans in Australia in that they’re just real, true music fans. You’ll play and they won’t just sing the singles, they’ll sing the words to every song on the record and as a songwriter, that’s like the pay off for all of the stuff that you get to do.

For those who haven’t seen you before, what can UK fans expect from a Morgan Evans gig?

Man, it’s me – I have a one-man show and it seems to grow with every tour that I do! It started off with me and a loop station and now it’s me with a keyboard and a loop station…now it’s a banjo and some electric guitars and it’s growing every day.

In short, it’ll be me, but it’ll be me making as much noise as I’ve ever made on a stage. And it’s fun – from someone who used to play with a band, the most connection I’ve ever had with an audience is being up there by myself and getting to create a moment live every night.