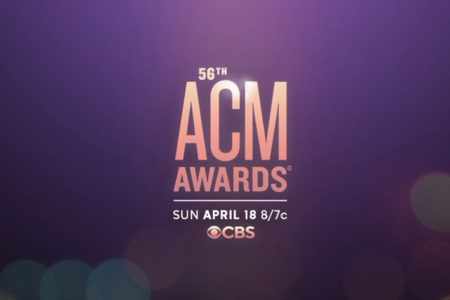 The ACM Awards put on a fantastic weekend of music, starting on Saturday night with the ACM Lifting Lives Concert which saw New Male Artist of the Year, Jimmie Allen perform alongside Cassadee Pope, Tenille Townes and Kameron Marlowe to name a few. The ACM’s philanthropic arm donated the funds raised from the pre-taped lifestream to ACM Lifting Lives COVID-19 Response Fund and Packages From Home.

This was followed on Sunday night by the three hour ACM Awards show which showcased the very best in country music. Unlike many award shows the ACM’s provided performance after performance and hit after hit, they showed the world how we could come together in the midst of a pandemic, how the world can be united through song. In between performances Mickey Guyton and Keith Urban lead the introductions, they managed to show their passion for the genre they love whilst getting straight to the point, meaning the entire night was completely engaging!

The first award of the night was awarded to Old Dominion as they retained their Group of the Year status. Chris Stapleton, who took home the award for Album of the Year, performed ‘Maggie’s Song’ with Miranda Lambert who had a busy night as she opened the show with a duet with Elle King at The Ryman and later joined Jon Randall and Jack Ingram for a rendition of ‘In His Arms’ off their upcoming record ‘The Marfa Tapes’. The most nominated Female country star in ACM history really showed the world why she’s the reigning Queen of Country, despite not taking home a prize at this years ceremony.

Instead, it was Maren Morris who took home the award for Female Artist of the Year and after performing a magical, romantic duet with husband Ryan Hurd just minutes earlier, was visibly emotional as she accepted the award for Song of the Year for ‘The Bones’ without her co-writers Jimmy Robbins and Laura Veltz by her side.

Gabby Barrett showed why she deserved to take home the award for New Female Artist of the Year as she performed her song ‘The Good Ones’ featuring a prominent fiddle that came into it’s own in the iconic Bluebird Cafe.

Dierks Bentley and War and Treaty paid tribute to JT Gray, the owner of The Station Inn before they performed at the iconic bluegrass venue. Meanwhile, Carrie Underwood teamed up with Cece Winans to showcase their powerhouse voices on a gospel medley which features on Underwood’s My Saviour album. Despite watching it from home, the performance gave us goosebumps, with many of their peers tweeting the same. The two ladies stole the show!

Luke Combs accompanied by a socially distanced string section donned a smart suit as he sung Forever After All. The sound was awe-inspiring, truly breathtaking. It was a shock that Combs failed to take home a prize on the night. Back at the Bluebird Cafe, Brad Paisley showed up to surprise Jimmie Allen as they sang their duet ‘Freedom Was a Highway’.

Martina McBride announced the award for Single of the Year which went to Carly Pearce and Lee Brice for their duet of ‘I Hope You’re Happy Now’, the last song that producer Busbee worked on. Brice and Pearce had already picked up the prize for Musical Event of the Year and have now become the fourth male/female duet to win single of the year.

There were a few throwbacks on the night too as Alan Jackson performed a classic hit and Blake Shelton showcased how far he’s come in the past twenty years as he performed his debut single ‘Austin’, followed by his latest single ‘Minimum Wage’.

After performing at the top of the show, Thomas Rhett, who is days away from releasing his fifth studio album took home the award for Male Artist of the Year, beating tough competition from the likes of Luke Combs and Eric Church. He lost the title of Entertainer of the Year though to Luke Bryan who unfortunately couldn’t be in attendance due to a positive covid test.

Both ACM Awards hosts took to the stage to perform as well as Mickey Guyton performed ‘Hold On’ a song that featured in the film ‘Breakthrough’ and Keith Urban gave a rousing performance of his song Tumbleweed, with a camera attached to his guitar so we could see his insane playing abilities.

Kelsea Ballerini and Kenny Chesney took to the stage together to sing ‘Half Of My Hometown’ in a debut performance of the song, their voices blended so well together as if they’d been duetting together their whole lives.

Despite the star studded performance, that showcased the live industry that we’ve been missing this past year, there were stark reminders that Covid 19 is still very much dictating our lives as a depleted Little Big Town performed on Broadway without Phillip Sweet who was isolating due to a positive covid test.

Nashville really lived up to its name of music city as cameras panned across the banks of the river Cumberland as various artists such as Lady A and Ashley McBryde rocked out on the riverfront stage, whilst Underwood gave us a taste of gospel at the Grand Ole Opry, whilst traditional country rang out from the Mother Church of Country Music in the form of Alan Jackson. The sound quality was impressive throughout the night, so credit should be paid to the technical teams involved too! The 56th ACM Awards were the most entertaining awards ceremony I’ve ever witnessed, the performances really captured the heart and soul of what country music is and from across the pond I felt like I was there!