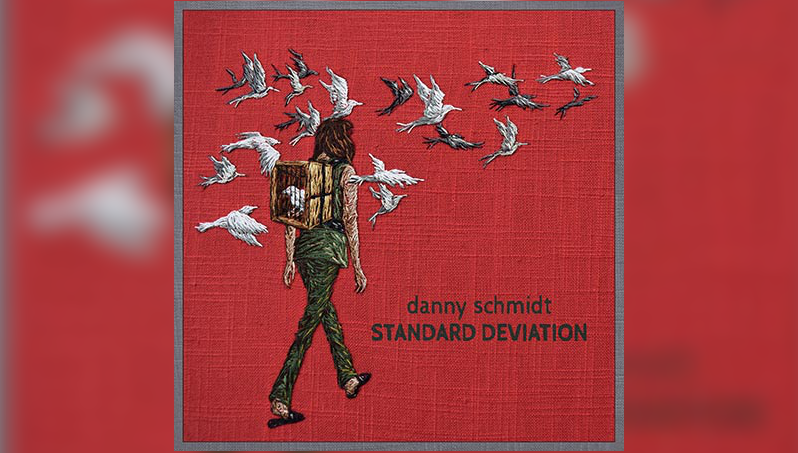 Danny Schmidt has been out there making a name for himself for the last 20 years and this is his 10thalbum. It’s a largely acoustic affair with terrific singing, a wonderful band and songs that will stay with you. The opening track, Just Wait Til They See You, highlights Schmidt’s expressive voice and some lovely acoustic guitar. His themes are big and across the album, he sings of gentrification, honesty and the importance of family.

Having said that, one of the real plus points here is just the tone of his voice that just draws you into the songs and that feeling is enhanced by the warmth of the bands playing. The title track, Standard Deviation, sounds quietly epic as it opens with a lovely acoustic guitar figure and his plaintive vocal and a lonely fiddle and strong characters emerging from within the song. It builds gently to a lively climax with talk of “poetry and greed” with some heavenly backing vocals and a rolling piano. A quiet masterpiece.

Schmidt’s influences come from Appalachian folk music and he cites strong writers like Dylan, Leonard Cohen and John Pine as his main influences. That’s not to say that he is in any way a copyist as he has his own gentle style and songs like Blue Hole in Time have their own template and it’s Danny’s voice and urgent delivery that give this album a unique feel that’s a rare thing today.

Perhaps the standout track here is Newport ’65 that seems to be an oblique tribute to Bob Dylan and his world shaking performance at that famous US folk festival back in 1965 when Bob went electric and there’s talk here of “shepherds and sheep” that might be a reference to those attending that historic festival.

The lyrics tells us that “the path of the prophet is crooked and cruel where every false turn means a fall from the truth”. Then there’s some very Dylanesque harmonica playing that precedes a snatch of The Times They are A-Changin’. It’s a heartfelt cheeky tribute that tells you were Schmidt is coming from. So if you like your music articulate, thoughtful, intelligent and melodic, then get your plastic out for this one – it’s an understated corker.