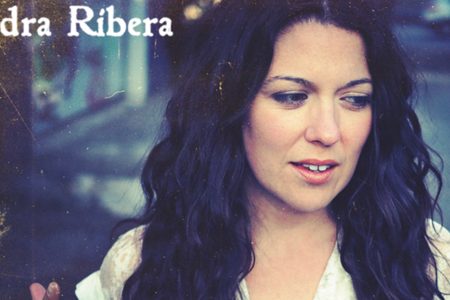 Having spent the last two years living in Europe to support the release of La boca, Alejandra
Ribera returned to Canada in 2016 to begin recording her follow-up album at Kingston’s Bath-house Studios. Alejandra was deeply affected by the events happening around the world during the creation of the album, and with the recent events in Orlando, Florida has decided to offer a brand new song from the album as a tribute to the victims and also to help those affected by these and similar events cope with their loss.
Alejandra said: “Audre Lorde said ‘Your silence will not protect you’ and it is a sentiment I have always taken to heart. Yet in the days following the shooting in Orlando I found myself paralyzed by my sadness and wanting nothing more than to retreat from the world. Grief is an unpredictable beast and the truth is that the only way that I really know how to respond in moments like these is with art. So I’m breaking my silence.”
“Songs often function like prayers for me and I look to them for both guidance and comfort. The week of the Orlando shooting I received the final mix of the album that I’ve been working on since February. I wrote the track Orlando in 2015 and recorded it this past winter. Originally it began as a poem inspired by the character in Virginia Woolf’s novel by the same title. I wrote it whilst in Paris the week of Charlie Hebdo shooting. At that time I needed to remind myself of the potential for transformation that can only come in our most vulnerable moments. I believe that when we feel totally stripped bare by sadness we are given a particular kind of opportunity to soften towards ourselves and see the pain as an invitation to be more present and awake.”
“Orlando and the theme of rebirth feels as pertinent to me now as it did a year and a half ago when I wrote it. I mainly wrote it to soothe myself and so it is in that same spirit that I’m humbly offering it now.
I wish you all light. Take care of each other starting with yourselves.”

You can stream the track from her site here: http://alejandraribera.com/news/new-song-orlando/
This is the direct soundcloud link to the track: https://soundcloud.com/alejandraribera/alejandra-ribera-orlando-album-vers