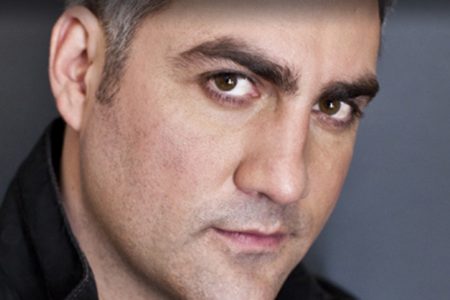 If the music industry is a game of chess, then Taylor Hicks is the black knight, carving an indirect path across the board. Equally as likely to move forward as back, he is more than likely to give his hips a good shake as he goes. He was born to the blues, raised on soul and schooled in the dimly lit bars and clubs of the South. He has since danced on Broadway, sung the blues in Chicago and headlined in Las Vegas. Now Taylor Hicks is writing a country record. He has never fitted the mould. The American Idol winner stood out from the beginning. More salt than pepper in his hair, Taylor’s appearance belied the 28 years stamped on his driver’s license, prompting officials to check and recheck his credentials. In the audition room he surprised with a compelling version of Sam Cooke’s “A Change Is Gonna Come”-hands clasped behind his back and torso swayed by the emotion of the verse. The power and tone of his voice impressed and the enthusiastic approval of two judges was enough to send Taylor to the Hollywood round. Head judge, Simon Cowell cast the lone dissenting vote, convinced of the singer’s limited commercial potential. As the season progressed, Taylor captivated a growing television audience with songs and performances that set him above pop music standards and apart from his less experienced competition. There was soul in his voice as he sang “Takin’ It To The Streets” by Michael McDonald and “Trouble” by Ray LaMontagne. He evoked memories of Otis Redding and Joe Cocker with renditions of “Try A Little Tenderness” and “You Are So Beautiful”, respectively. While others performed behind the microphone, Taylor used the entire stage and audience to his advantage, dancing in the aisles with an endearing clumsiness. He was delightfully and decidedly different. Denied the use of an instrument onstage, Taylor circumvented the rules by blowing blues harmonica offstage, yet in full view of the television crews. He sang and danced with an air of funkiness. If the camera moved left, he moved right. He refused to dye his grey hair or change his quirky performance style. He attempted (although failed) to organise the American Idol finalists as a bargaining unit. He declined his American Idol coronation song and was given another. Taylor Hicks brought millions to their living rooms, glued to the television every Tuesday and Wednesday evening for months. He brought passion to his performances and smiles to the faces of the “Soul Patrol’-the fans who offered their fervent support throughout the competition. He sang with heart, laughed with abandon and charmed a willing audience. On finale night he sang “Do I Make You Proud”, and the answer from viewers was a resounding yes.

On one of the decade’s highest rated television shows, and following a nationwide poll that tallied more than 63 million votes, Taylor Hicks was named the fifth season winner of American Idol. Move the chess piece two triumphant squares forward, one cautious square to the side. The newly crowned Idol created ripples within days of his coronation. In a May 2006 interview with Rolling Stone magazine, Taylor described his talent show tenure as: “…dancing with the devil…’ referring to the commercialism of the Idol business machine. Controversial at the time, his remark reflected the mindset of a veteran musician, one who had spent more than ten years on the road knocking on doors, singing for pennies and looking for the break that would lead to a record contract. As Taylor told a scowling Simon Cowell: “I want my voice heard,’ the talent show competition was simply the means to an end. Victory in hand, Taylor planned to use his newfound fame to showcase his original roots music and talent. There was no expectation of, nor the desire for the glamour of pop music stardom. As a child, Taylor realised very early that music was his calling. He studied the great soul musicians, Otis Redding, Sam Cooke and Marvin Gaye, amongst others. He listened to Hank Williams, George Jones, and Johnny Cash-the heart of country-and to Ray Charles who brought modern soul to country music. He sang for family and friends, and at the age of 15 made a casual purchase at the local flea market. An old harmonica proved the catalyst for an intense focus on music performance. Whilst still a teenager, Taylor was already singing the blues and playing the harp in smoke filled bars; his youth disguised by the occasional grey hair. By the age of 18 he had picked up a guitar and penned his first song. “In Your Time” would later become the title track for the young musician’s first album, pressed and self-released at the age of 21. That album-as well as Taylor’s subsequent independent recordings-offers original music that easily crosses genres.

While there are songs clearly written with a blues or rock intention, others are easier to brand as roots or country music. One of the strongest songs from the first release, “The Fall” laments the end of a relationship. Written for simple acoustic guitar and given a subtle emotional delivery, the break-up song borrows deeply from traditional country music for both subject and style. From 2005’s UNDER THE RADAR, “The Deal” and “Hell Of A Day” confirm a consistent country soul influence on Taylor’s original songwriting. Taylor has described his music as a fusion of styles-country, rock, blues, soul and Cajun spices all tossed into a cooking pot, stirred, and served with a generous side of harmonica. He credits the diverse musical flavours of his southern home base for guiding his writing and performance styles, but might also cite the influence of mentor Keb’ Mo’. Like his student, the legendary blues musician defies categorization. When asked, Keb’ explains that his music is not strictly blues, but the sum total of all his musical experience: “I’m a product of the kind of music I listened to, which was blues, soul, country and folk. I’m kind of a hybrid version of all those things thrown together.’ A product that is difficult to define can also be difficult to market, especially when that music represents a clear departure from the company’s usual pop music output. While the post Idol eponymous debut album, TAYLOR HICKS was certified platinum early after its 2006 release, the artist and record company (the now defunct Arista label) were an uncomfortable fit, and agreed to quietly part ways after the album release. Taylor then elected to pursue an independent course, accepting both the creative freedom and economic challenge of establishing his own Modern Whomp music label. Move the black knight one frustrated square back, two determined squares to the side. In March 2009 the new label released THE DISTANCE, an album of original Taylor Hicks music produced by Simon Climie. Well known for his collaborations with Eric Clapton, the former lead singer of pop duo Climie Fisher was instrumental in returning the organic, rootsy feel that had largely been missing from the production of Taylor’s major label debut. Standout songs from THE DISTANCE include “Maybe You Should”-a country ballad of love and regret, co-written by Taylor Hicks with Nashville songwriters Mike Reid and Gary Nicholson-and “Nineteen”, the story of a fallen soldier, written by Jeffrey Steele, Gary Nicholson and Tom Hambridge. THE DISTANCE was made available from the usual online and in-store retailers, but also enjoyed a more creative means of distribution.

From December 2008 through to May 2010, Taylor reprised a well received summer on Broadway with a cameo performance during the national tour of GreaseThe Musical. The role of “Teen Angel” was made uniquely his own by adding horn lines and a harmonica solo to the traditional delivery of Beauty School Dropout; changes that prompted the audience to erupt in cheers upon his stage reveal. The Variety review of the performance confirmed that: “… to his credit and to the audience’s enjoyment, nobody else could be this Teen Angel, and there’s no point in even trying to compare him to Frankie Avalon.’ Following each performance of Grease, Hicks reappeared alone onstage for an encore performance drawn from THE DISTANCE. The album was conveniently available for purchase in the theatre lobby. Taylor often insists that his goal is to be a consummate entertainer, not merely a singer. While writing a new, yet untitled album of country music in Nashville, Taylor was also busy preparing to stage his own show in Las Vegas. The first American Idol to headline Sin City, the musician brought a six piece band and unparalleled energy to his summer 2012 residency. One reviewer coined the nickname “Hurricane Hicks’ to describe the singer’s powerful vocals and stage presence, suggesting that the unsuspecting audience had best batten down the hatches before taking their seats! Las Vegas may also provide a showcase for his new music; country songs that Hicks promises to deliver with soul. It’s that deep emotional charge that Taylor feels will differentiate his music from other country artists. When asked for a description of the new songs, Taylor simply replies: “It’s like Zac Brown meets Jackson Browne,” leaving the details to the imagination and the anticipation to linger. With contributions from songwriters including Gary Nicholson and Victoria Shaw, input from Keb’ Mo’ and production by Nashville singer-songwriter, Jason Deere, the album will come with solid country credentials. So does this southern soul singer, turned American Idol; this Broadway star turned Las Vegas headliner plan a career in country music? “There is no doubt in my mind,” says a very serious Taylor Hicks, “that I belong in country music.” As evidence, he cites the diversity of today’s country music and performers. He emphasises the changes that have followed the launch of internet radio, opening the field to artists who have “…the right songs.” He is confident that the songs on his new album will be the right ones for country music fans; fans whom he compliments as “…the best listeners,” receptive to good, honest music and stories that come from the heart. Will these fans open their minds and their wallets for Taylor Hicks, country soul artist? He’s counting on it, and if history describes a precedent, then the odds are looking mighty, mighty fine. Two confident squares forward, one to the side. Check. Checkmate? Holley Dey