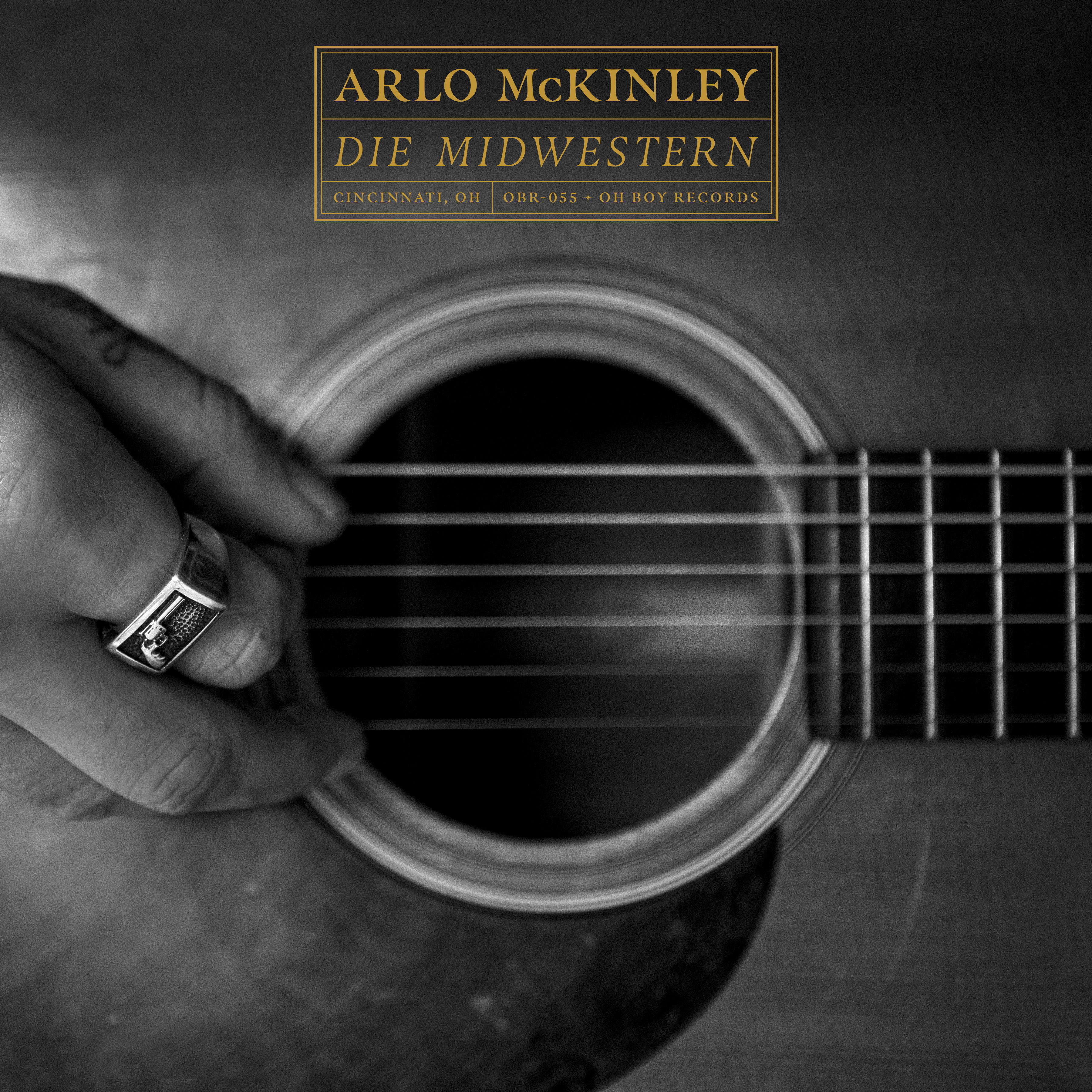 Deeply rooted in street soul, country, punk, and gospel, with lyrics stark and arresting in their honesty, ​Die Midwestern sees 40-year-old McKlinley poised for success, after he almost gave up on music altogether before he caught the attention of Prine.

Living proof that great songs will eventually reach the right ears, mcKinley reflects, ​“I’m a little wiser in my ways and a 20 something me would’ve found a way to destroy the one dream that has stuck with me my entire life.”

Arlo is the last artist John Prine and his son Jody signed together to their label Oh Boy Records. Jody stated, ​“John was reserved in his praise for songwriters. I played him a couple of Arlo’s songs and he heard Bag Of Pills and said, “that’s a good song” which for him, was very high praise. He loved Arlo’s voice, this big guy with a sweet, soulful, gospel voice. He loved the dichotomy of the hard life lived, presented through such beautiful songs and John was very excited about the promise of the album’s release.”

McKinley added, ​“The feeling of knowing that a hero of mine took time out of his day to come see me perform is such an accomplishment in itself to me that if it all ended the next day and I found out music just wasn’t in the cards for me, I would’ve still considered everything I have done as a success”

McKinley almost missed his big break, which came when he was offered an opening slot for Tyler Childers. His now manager was trying to reach him to offer him an opening slot and Arlo initially dodged the persistent unknown caller. Since, McKinley has been humbly sharing stages with kindred musical spirits John Moreland, Jason Isbell, Justin Townes Earle.

McKinley recorded ten remarkable songs – some dating back fifteen years – all penned with a weight, honesty and gritty-hope that comes from living in Cincinnati, the rustbelt city where his songs were born.