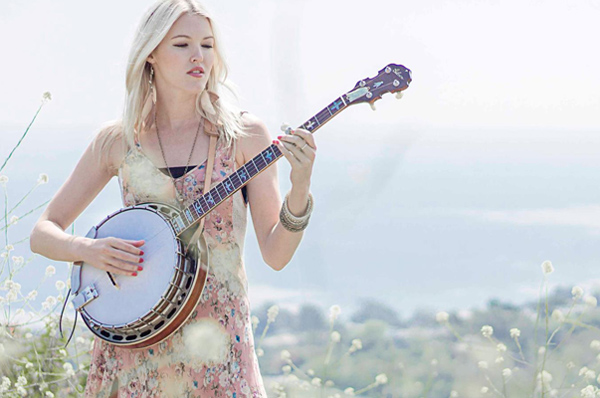 Millport Country Music Festival are delighted to announce that Ashley Campbell, daughter of the legendary Glen Campbell and fast rising country star in her own right, will be playing the festival on Saturday 8thSeptember 2018. Along with Jesse Dayton and Robert Viincent, Ashley will play a full set on the Nashfield stage during the Saturday afternoon.

An accomplished banjo player, Ashley released her excellent first solo album, The Lonely One, last month which went straight into the top 10 UK Country chart and this week dropped her new single, Better Boyfriend. Having played with her father during his farewell album and tour, Ashley is already well known to UK country fans and her addition to the line-up is another demonstration that Millport will be the place to be during 7-9thSeptember.

Ashley is another exciting addition to the stellar line up at this year’s Millport Country Music Festival, which has already announced artists such as Shane Richie, The Wandering Hearts, American Young and Raintown as part of the huge line-up. Also announced earlier this week was one of Nashville’s top DJs, HISH, who will host the Nashfield stage over the weekend and play one of his blistering sets for the end of festival party on Sunday evening.

Located within the Garrison House grounds at the heart of the beautiful seaside town of Millport on the Isle of Cumbrae, less than an hour from Glasgow, Millport Country Music Festival will offer access to all four music stages with one cracking value ticket. Daily and weekend tickets can be bought at millportcountrymusic.com and facebook/millportcountrymusic.

More than 35 artists will appear over the weekend, representing some of the best country music talent from Scotland, across the UK, Ireland, Sweden and the USA.