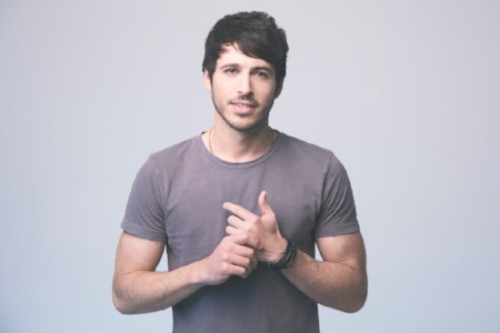 Following the release of his single ‘Kiss Somebody’ and new track ‘I Do’, Australian-born country star Morgan Evans will be returning to the UK next month to perform at this year’s Country 2 Country Festival in London and Glasgow.

“I visited the UK for the first time last year and just fell in love with the country and its music fans,” says Evans. “There’s a depth of passion for music there unlike anywhere else. C2C 2018 will be my third visit and I couldn’t be more stoked to return to London and Glasgow.”

Already a bona-fide music sensation in his native Australia, and highly acclaimed by the likes of Rolling Stone and Billboard in the US – both of whom have tipped him for success in 2018 – his new music is shaped by a love of artists like Ed Sheeran and Keith Urban, alongside many other Nashville greats where he now resides, having signed a global record deal with Warner Music Nashville / Warner Bros. Records.

Last year Evans released his debut US single ‘Kiss Somebody’, which he wrote with Chris DeStefano and Josh Osborne. The track has become a major radio hit in multiple countries and debuted on Spotify’s Viral Charts at #15 in the US and #26 globally, with over 19 million streams to date.

The visually impressive, one-of-a-kind accompanying video was released in December 2017 and features a nearly single-shot film in extreme slow-motion.

His newest track ‘I Do’, pays homage to loved ones and was inspired by his now wife and fellow country artist Kelsea Ballerini. As a result of these two tracks, Evans has made a huge splash in the US and in addition to Rolling Stone’s praise for his “velvety voice rasping in all the right places” he has been crowned as one of CMT’s #18for2018 artists.

The upcoming performances at C2C mark his third time back on UK soil after playing a run of headline dates last June, before returning for his acclaimed visit here in October. He’s also set to join James Blunt for three landmark shows in Australia, before heading back to the US for shows in April with Chris Young and Kane Brown.