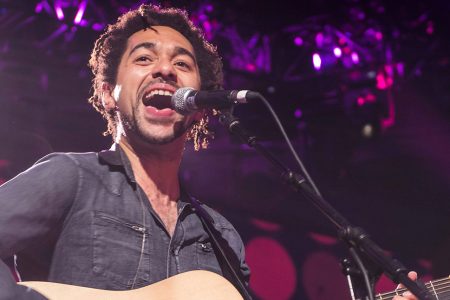 4 singles set to be released Friday 9th September through Decca universal across all online retailers.
“It was an incredible opportunity to be able to work with Ben Earle and Dan McDougall on such an exciting project and we are thrilled with the end result.” – Dexeter
It’s an exciting time for UK Country Music and none more so than this Friday. Four brand new songs all written by Ben Earle of The Shires, the pioneers of UK Country, are set to be released through Decca in a bid to showcase the best new acts in the UK Country scene. The songs, recorded with Dan McDougall, who has co-writing credits on Made in England, Beats To Your Rhythm and Not Even Drunk Right Now, are set to be released Friday 9th September by artists Dexeter, Dahlia, Megan O’Neill and Liv Austen. This won’t be the last of the collaborations though as plans are being made for an “in the round” style event to further showcase the songs live.
Undeniably the facts speak for themselves regarding Ben’s success as part of The Shires but this new project will no doubt showcase his talent as a writer as well as help the artists and the genre gain more exposure. Speaking about the project, it’s creator Ben Earle had this to say; “It’s been such a fun process recording with Dexeter, Dahlia, Liv and Megan. I had a vision for this project but they all brought the songs to life so much in a way I never imagined. They really put their individual spin and personality on each song. I really want to thank each of them for their amazing artistry. It’s such an exciting time for UK Country, and I’m so thankful to Decca too for helping support and showcase these wonderful musicians. Hopefully it’s just the first of many to come”
Though all four songs are written by Ben, they showcase each artists strengths, the acoustic Only Human and its beautiful melodies suit the voices and three part harmonies of Dahlia, who have not released anything prior to this. Nashville, You and Me is an upbeat, fun, foot stomping song which Dexeter say they’d “defy anyone not to be tapping away after the first four bars.” Over demonstrates a vulnerable side and speaking of the moment she first heard the song, Liv said “I got tears in my eyes! I am truly honoured that he trusted me with both singing and playing on this song, I’m completely in love with it.” Last but by no means least, the poignant Can’t Put A Price On That sung by Megan O’Neill tells a beautiful story and a powerful message lies behind it – “The song spoke to me the minute Ben played it for me – a beautiful story.”
It’s an exciting time to be involved in UK Country both for artists and fans alike, Dahlia spoke of Only Human saying “Its an honour to have recorded it and its quickly become a favourite in our live set both for us and listeners in the audience.” This project is a beacon of what the UK Country scene is about, supporting and collaborating with fellow artists. Dexeter were full of praise for everyone involved stating “We’d love to thank everyone involved in the project, especially Ben for his faith and support.”
All four songs will be available from all online retailers as of the 9th September.
“Being a part of the UK country music scene is an honour! Everyone is treated like family & in this instance things are no different.” – Megan