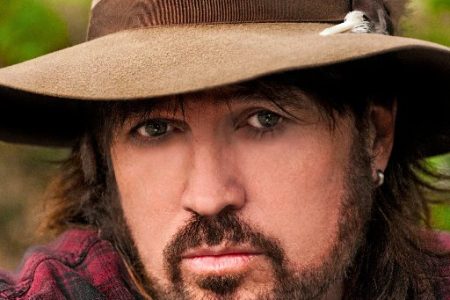 In celebration of the 25th anniversary of “Achy Breaky Heart,” which hit No. 1 on Hot Country Songs and peaked at No. 4 on the Billboard Hot 100, Cyrus re-recorded and released a Muscle Shoals edition on iTunes.

“When the song was released 25 years ago, the world was very divided. Perhaps 25 years later it might be even more divided so through the magic of a little song, people can come together for just a moment to dance and sing and celebrate life, that’s all that matters,” Cyrus said.

Recently, Cyrus has been all over television, including appearances on “LIVE with Kelly and Ryan,” “The Wendy Williams Show,” and many more to promote CMT’s hit comedy “Still The King,” airing Tuesdays at 10/9c.

“Still The King” averaged 3 million weekly viewers during season one and in season two, Vernon (Cyrus) is fresh out of jail and determined to reclaim his position as a country music superstar while being present in the lives of his daughter Charlotte (Madison Iseman) and her mother Debbie (Joey Lauren Adams). Faced with the possibility of being a father to Debbie’s unborn child, Vernon must balance his desires for fame and family.