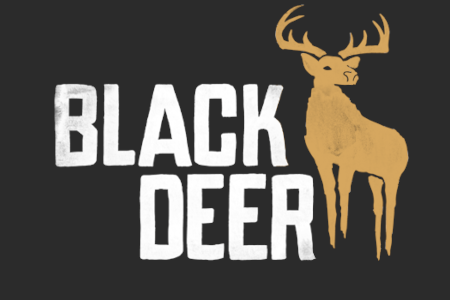 The award-winning Black Deer Festival today reveals the first wave of artists on the bill for the 2023 edition of the festival, taking place at Eridge Park, Kent on June 16-18 2023. From established and legendary performers to fresh, exciting newcomers, the line-up is an eclectic and diverse mix of incredible talent from the world of Americana, Folk, Country and beyond.

Priding themselves on a true sense of community, one that is accessible to all, Black Deer Festival is on a mission to bring the authentic Americana way of life to the UK, with festival-goers able to immerse themselves in the music, food and storytelling of a culture like no other. Following 2022’s triumphant event that hosted some of the biggest, brightest and most notable artists including Wilco, Van Morrison, The Waterboys and more, Black Deer is excited to announce the first set of artists for 2023.

Joining Black Deer’s 2023 line-up is one of the defining faces of Americana, Bonnie Raitt. In a career spanning 50+ years, Bonnie has won 10 Grammy Awards (as well as the Grammy Lifetime Achievement Award), released 18 acclaimed studio albums, and has been inducted into the Rock and Roll Hall of Fame. She continues to inspire, with her 2022 Grammy-nominated Americana Album Of The Year, Just Like That… being a timely reminder of her songwriting prowess and exquisite precision over her slide-guitar. She is no doubt an artist who has inspired many other names on the Black Deer bill and definitely not one to be missed.

All the way from Colorado, Nathaniel Rateliff & The Night Sweats have established themselves as an exhilarating and unique offering, effortlessly weaving the sonic styles of folk, R&B and rock ‘n’ roll into a genre-hopping sound that flourishes even more in a live setting. The band, spearheaded by multi-instrumentalist Nathaniel Rateliff, released their third LP in 2021 entitled The Future – which was capped off by a triumphant performance of their single, ‘Face Down In the Moment’ on The Tonight Show, capitalising on the marker set by 2016’s Billboard Number One, ‘S.O.B.’.

The Teskey Brothers have rapidly amassed a legion of fans around the world with their soulful recordings and stunning live shows that have made them a festival favourite. The four friends from Melbourne, Australia, have warmed the hearts of listeners via their melancholic, analogue tones, with their recent cover of The Zombies’ classic, ‘This Will Be Our Year’ showcasing this, alongside their own international hit ‘So Caught Up.’

Another legend on the Black Deer 2023 line-up is Lucinda Williams. Widely considered one of the greatest songwriters of all time, with Time magazine making it official by naming her “America’s best songwriter,” Lucinda is a fiercely independent artist who had to fight for the creative freedom that has allowed her to do her best

work. The trailblazing artist has an incredible back-catalogue of hits and deep cuts to cherry-pick from for her performance that will no doubt be one of most memorable sets across the weekend.

Calexico has spent the better part of the past three decades exploring the dusty musical borderlands of the American Southwest, crafting singular, cinematic songs as mysterious and magnificent as the arid desert landscapes that inspired them. Their 2022 album, El Mirador is one of the year’s standout releases, blending a kaleidoscopic mix of sounds and influences.

Canadian singer-songwriter, musician and activist Allison Russell, is another 2022 Grammy-nominated artist playing Black Deer. The singer has been part of several successful bands including Birds of Chicago and Our Native Daughters , but it was her 2021 debut LP that really catapulted her to international acclaim, with Variety describing it as an album flowing with “emotional potency, melodic fluency, social significance and heartrending beauty.”

With many more big names and upcoming artists set to join the bill, as well as news on the festival’s much-loved artisan streetfood & drink offering (including the hugely popular ‘Live Fire’ Arena names, brought to you by Grillstock founders and popular authors Jon Finch and Ben Merrington), The Great Americana Songbook, The Songwriter Sessions, Gospel Brunch, Ozark Holler Hootenanny, Arkansas Porch Sessions, Young Folk area, and much more, be sure to keep an eye out for further exciting updates and announcements for Europe’s premier Americana playground, Black Deer Festival.

Founders of the Black Deer Festival, Gill Tee and Debs Shilling, add: “We are thrilled to reveal the first names for Black Deer Festival 2023. Bonnie Raitt, Nathaniel Rateliff, Lucinda Williams, Allison Russell… it reads like a who’s who of Americana music past and present. We can’t wait to welcome our community back into the deer park to enjoy it all!”

A limited amount of Tier 1 day & weekend tickets, along with add-ons and VIP upgrades are now available here.