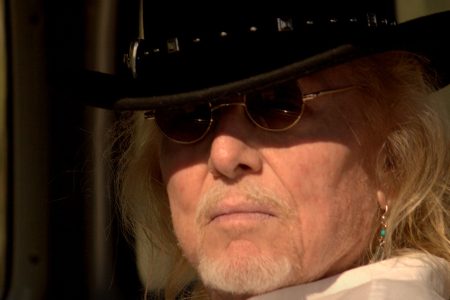 Celebrating his 50th year as a songwriter with over 3,000 songs to his credit, Bob Cheevers’ 5-disc, box-set retrospective is appropriately called FIFTY YEARS. It spans half a century of his writing covering 10 genres featuring 83 songs culled from his 10 previous CDs along with unreleased master recordings that have been gathering dust in his vault for decades.
After college in his R&B flavored hometown of Memphis, he spent 25 years on the West Coast in the Pop field followed by 16 years as a journeyman writer in Nashville. His creative road then led him to what he describes as his “wonderful life in Austin”. After only 3 years in Austin and on the heels of his TALL TEXAS TALES CD, produced by Texas Music Legends Hall Of Fame member Stephen Doster, Bob was awarded the 2011 “Texas Music Awards “Singer/Songwriter Of The Year”. His half-century journey included winning an Emmy, opening for Johnny Cash and touring Europe and the UK for a dozen years; all of which earned him the respect of his peers world-wide. FIFTY YEARS is a celebration of his musical gifts that resulted in this career achievement.
Howlin’ Dog Records is proud to include Bob in a lineup of artists who’s art tops their list of best intentions. FIFTY YEARS is an extremely unique and comprehensive look at the creativity of a man who has never taken his eye off the ball. The long list of great artists he has shared stages with, his massive catalogue and the way his songs glide seamlessly from one genre to another speak to his versatility as a story teller whose rootsy, blues-flavored songs spin tales of life in a conversational language of the heart. Bob modestly calls FIFTY YEARS his masterpiece.