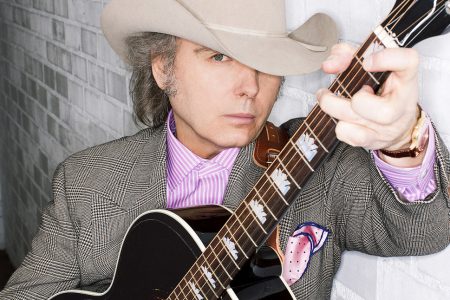 Four-time GRAMMY nominee Brandy Clark, and 21-time nominated, multiple GRAMMY Award winner, Dwight Yoakam release a recorded version of their highly-regarded duet performance of Clark’s Hold My Hand today. The two teamed up at the 2015 GRAMMY Awards, where Clark was nominated for Best New Artist, for a beautiful performance of the song – then for a recording of the duet after that. The original version of Hold My Hand is off Clark’s debut album, 12 STORIES, which was GRAMMY-nominated for Best New Album the year they performed. Yoakam has been part of well-known collaborations in the past, including his rendition of Same Old Train that featured Clint Black, Joe Diffie, Merle Haggard, Emmylou Harris, Alison Krauss, Patty Loveless, Earl Scruggs and Marty Stuart and earned him a GRAMMY nomination for Best Collaboration with Vocals. Yoakam contributed his unmistakable harmonies on the Hold My Hand recording, and when they got together for a show in Arkansas in August, 2016 they revisited the recording. Ultimately, they decided it was too good not to release.“Dwight added something so special to Hold My Hand both at the GRAMMY performance and then on the track itself,” said Clark. “We had both forgotten about it until we had a show together. In catching up backstage one night we came up with the idea to put it out – for no other reason than we both loved it so much and thought it was a shame to just be ‘sitting on a shelf.’ Music is made to be heard and we definitely wanted this version to be shared.”