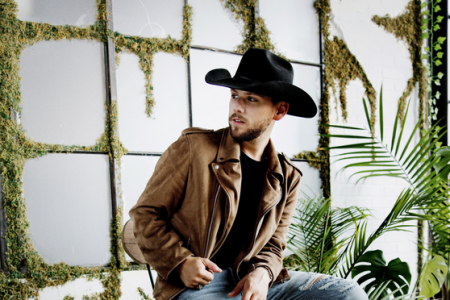 Platinum-selling country artist Brett Kissel has released a new single titled “Watch It.” This sentimental, heart-wrenching song expresses the importance of soaking up every moment with loved ones, no matter how little or insignificant they may seem, because eventually, the world around you changes without slowing down. The song is now available on all streaming platforms.
“Watch It” is a slowed, piano-focused production written by Blake Bollinger and Matthew Joseph Rogers and produced by Bart McKay and Brett Kissel. The song starts by immediately having the listener reminisce about the days when they would “climb that maple tree so high / you won’t find your way back to the ground” and “watch it with your tone / when you butt heads with mama.” It then jumps into Kissel becoming a parent and being blessed that now he is the one who gets to watch his children grow up, and one day they “will be too cool for me.” The song reminds us we won’t get these days back when we get older, urging you to take every day one step at a time and watch every moment, whether it’s with your friends, children, or family.
Kissel commented on his feelings behind the song, saying, “As a young kid on the ranch, I used to run around, climb the trees surrounding the valley, jump fences, and just enjoy the freedom and adventures that you have as a child. Now, as parents, my wife and I are watching our three older children do the same thing. It’s crazy how quickly time is going by and how quickly they’re growing up. The song is a symbolic reminder to me and to us to savor the little things and recognize the passage of time, but also be present in each and every moment – because before you know it, time does pass. Things change, but those little things… they become the most special of memories.“
Kissel has become a household name with his two Gold-certified albums, three Platinum singles, eight Gold singles, and 15 top-10 radio hits. He won the JUNO Award (equivalent to the American Grammy) for Country Album of the Year and earned the Canadian Country Music Association’s Fans’ Choice Award, following a record-breaking 112-date tour.
In 2021, Kissel released his fifth album, What Is Life? The track “Make a Life, Not a Living” debuted by setting a record as the most-added song on Canadian country radio in a single week. Later, it became his fourth Number One single on Canadian country radio. In 2020, Brett was the big winner of the CCMA Awards, earning four trophies, including Fans’ Choice, Male Artist of the Year, and Album of the Year. He also won the CCMA for Fans’ Choice in November of 2021.