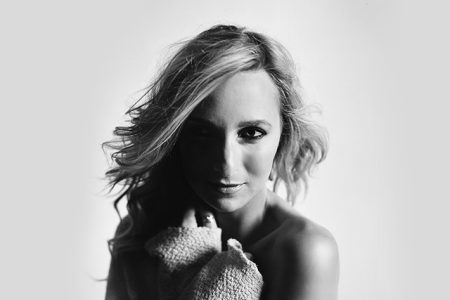 As scientists desperately search for new ways of saving our oceans and the animals whose survival depends on it, singer-musician Emma Stevens is using her own platform to inspire others to care for our planet, hosting a series of free pop-up environment gigs leading up to World Environment Day.
The first time that I saw Emma Stevens perform I was filled with a sense of optimism, the delicate melodies ringing out, filling the intimate space of the historic building with lively tones that spoke of a warm summer’s day, spent on the beach or around a campfire. It is perhaps what makes Emma so memorable…like most of her music, her attitude is positive and welcoming. It was clear from the performance that evening just how much Emma delights in sharing her talents with those who come to watch her perform.
Now the free-spirited songstress is taking her passions to the next level, offering a free outdoor performance in every town she visits during her To My Roots tour this spring and sharing dozens of sunflower seeds with attendees in a bid to raise awareness for the environment. It isn’t the first time that Emma has sought to get the conversation going on environmental issues – last year the singer-songwriter and multi-instrumentalist began an enormous tree planting session that saw plenty of fans do their bit for the environment.
This year World Environment Day falls slap bang in the middle of Emma’s tour and she’s making it her mission to shine a light on the need for communities to engage in preserving natural habitat. “I’ve always been really passionate about looking after our planet and raising awareness…the environment was something that my mum got me into in my early childhood days, I love nature and a lot of my music reflects that. There’s lots of lyrics and symbolism with nature in my music…I’ve got a platform here and I take my platform really, really seriously.”
Emma’s mother died from cancer six years ago, but her influence continues to live on. Live performances are dedicated to her and there is an overall feeling that she is never far from Emma’s thoughts in her music and songwriting. It’s an opinion that Emma seems to confirm to me: “Because ‘Sunflower’ was the first song I wrote after I lost my mum, the word sunflower and the picture it paints has always been really close to my heart.
“My mum was my greatest inspiration. If it wasn’t for her I don’t know if I would be doing this, she was the one that always encouraged me to pursue my dreams and when I lost her I realised how short life can be.
“In the two weeks before I lost her, I told her I’m going to commit to doing music, so she designed the artwork for me for my first album, which is really special. She was an amazing artist.” 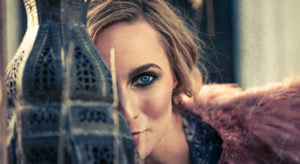 In the past, Emma has spoken of having an “absolute addiction” to string instruments and a “love” of country music, so it’s no surprise that her third album TO MY ROOTS released last year put guitar, banjo, mandolin and ukelele on full display. It’s something that has emerged from going it alone in the music industry – something that is fairly new to Emma.
“Before I decided to commit to being an artist full-time (five year’s ago) I battled with confidence and I battled with not being good enough. That turning point for me was when I lost my mum and I thought, do you know what, I am so lucky and privileged to be alive and to be able to have the ability to write songs, I want to go out on the road, I want to meet people that have been through something the same as me and I want to connect to as many people as I can through my music. It’s been cathartic and healing.”
So is being a solo artist proving more fun that being in a band? “I love being able to go out there with my guitar and be totally self-sufficient and self-contained, I could be anywhere and as long as there’s a guitar, I can create songs and there’s something really special about that. It can be a really lovely, intimate moment when you’re performing at a set, just with your guitar, on the mandolin or on the ukulele, and the song can just speak for itself…”
This year will be the second To My Roots tour – the last one, back in 2017 involved the full band, whereas this time around Emma will be touring as a three piece, rich with harmonies and acoustic instruments that are apparently “a little bit more intricate than a full band with a drum set”.
From a surfer chick in South East England to amassing three million Spotify plays (that’s not to mention over a million video views on the back of four EP and three album releases), it’s clear that Emma has her eyes set on bringing even more folk-pop fusion to the table. Right now, she’s working on new music that should unfold later this year but her dream is to collaborate with some of her music idols: “There are so many artists I’d love to work with. I’ve always loved Kate Rusby, she’s one of my favourites and I think our voices would compliment each other really well. In terms of a group, I have always loved the Dixie Chicks – they have been one of my favourite bands growing up, I was just so influenced by them, they’re the reason I picked up the banjo.”
I can’t resist asking whether there are any future plans to revisit Nashville and whip up some collaborative material. “I’ve got to a point now where it’s not about how quickly I can put music out it’s about the quality of it. [Nashville] has been a place that has just called to me ever since I listened to the Dixie Chicks but my main focus at the moment is this tour and then finishing the music that I’ve started writing, because I’m so excited about it and I just can’t wait to share it with people.”
I’ve enjoyed speaking with Emma about her music, but if there is one thing that I will take away with me forever it is her determination to drive change and encourage a love for the world around us.
“I want to be able to send out good messages and be a good influence, for me it’s really important. That’s not to say that other artists have to follow suit…but I do think when you develop such a great platform, why not use it for a positive effect?”


World Environment Day takes place on June 5. The 11-date To My Roots tour starts on May 5 in Guildford, UK. Head to emmastevensmusic.com/shows to find out more.