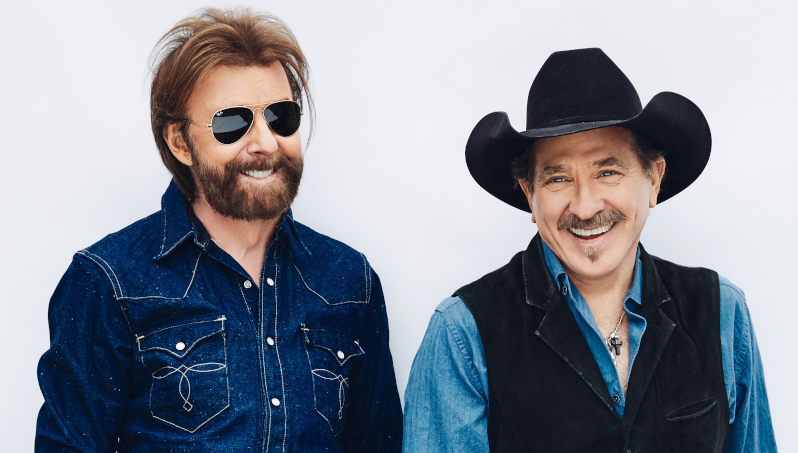 Brooks & Dunn have announced that they embarking on a US tour from April 2020, which includes four Las Vegas residency stays. You can find all the dates on the tour here.

It is the first time in a decade that the duo will be touring and comes a few months after the group released their first album in 12 years with ‘Reboot’, with another record pencilled in for this year.

Since Brooks & Dunn released ‘Reboot’, they have re-emerged on the live scene in a brief way – at CMA Fest, they appeared during Brothers Osborne’s set and brought Ashley McBryde out for the occasion, while they also performed Hard Workin’ Man  with Brothers Osborne at the CMA Awards.

As such, it was speculated that the pair may well be returning to the live scene, especially given the largely overwhelmingly positive reaction to the pair’s performances at the CMA events.

Out of their tour dates, Brooks & Dunn have 22 dates in total pencilled in for Las Vegas alone, with their first residency stay at Caesers Palace kicking off in April and lasting six dates, a further six at the same venue begins in June, a further six in October and then the final four in December.

While as of yet there has been nothing said about tour dates outside the US, people are hoping that they can find the time to venture over to the UK, Europe and Canada.