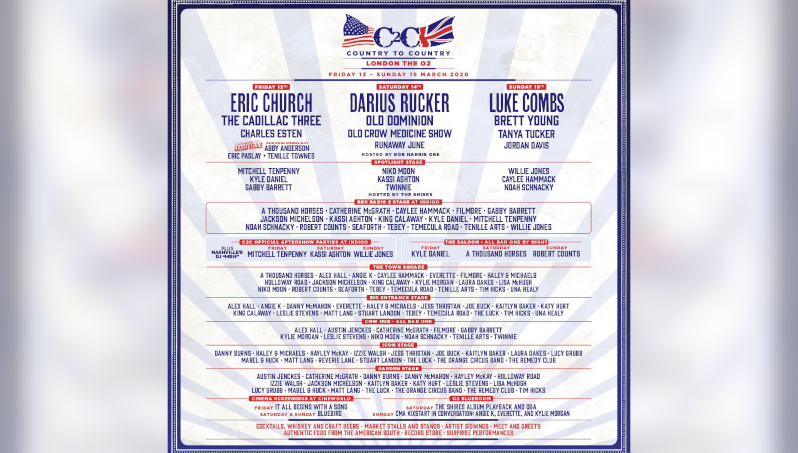 The rest of the C2C 2020 line-up has been revealed, with the likes of Catherine McGrath, Austin Jenckes, Tenille Arts and Katy Hurt being announced. Tickets are available here.

The names for the Town Square, Big Entrance CMW Hub in All Bar One, Icon Stage and the new Garden Stage have all been announced and there are some big names on the list, as well as a raft of up and coming artists from both the UK and the US.

There will be additional sets from some of the Spotlight Stage artists too, with Twinnie, Niko Moon, Kyle Daniel, Mitchel Tenpenny, Gabby Barratt and Caylee Hammack all doing more than one performance over the weekend, while of course Kassi Ashton, Tenpenny and Willie Jones will be doing the C2C official aftershow parties at indigo.

Also, The Shires will be in attendance in some capacity, as they will be hosting the Spotlight Stage on the Saturday in London, while there will also be a special album playback and Q&A in the O2 Blueroom.

The Saloon – All Bar One by Night

CMW Hub – All Bar One