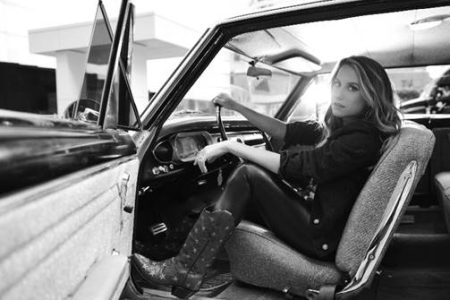 Caitlyn will visit the UK in March to perform at the prestigious CMA Songwriters Series on March 10 at Indigo at The O2, part of the C2C (Country To Country) festival. Look out for more live shows to be announced.

With a penchant for storytelling, The New York Times boasts Smith “has a striking voice of her own…with glimmers of both the girl-next-door naturalism of Sheryl Crow and the way ward attack of Sia,” while NPR declares “Caitlyn Smith has a voice that grabs you the first time you hear it,” all while being an in-demand songwriter who has had cuts by Dolly Parton, Garth Brooks, Jason Aldean, Miley Cyrus, Meghan Trainor, John Legend and more.

“To jump into a song like “The Card You Gamble” that has so much drama, suspense and mystery was such a fun experience,” says the Minnesotan. “I love that the Love Junkies wrote the song almost as its own character in the show. The music is so central to the storytelling in MONARCH, and I’m just excited and honoured to be a part of it.”

“The Love Junkies wrote an amazing song that encompasses the themes of our show both lyrically and musically, but stands on its own legs,” shares Anders. “Caitlyn’s voice perfectly matches the sonic landscape that Peer and I wanted to create.”