Callaghan opens up on the concept of her song 'Broken' 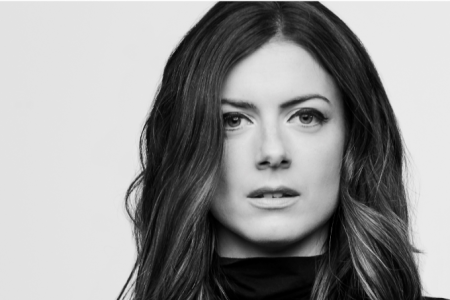 Following the release of her recent self-titled album, Callaghan has shared the new video for her song, Broken, and here she gives us an exclusive break down on what the track is all about.

“I wrote this song with one of my producers, Starr Parodi,” she explains. “This was the first time we’d written anything together and this song felt like a real release of emotions for us both. It was written around the time of the US elections in November 2016 and, for me, really captured some of the feelings I was experiencing at the time of confusion and that the world you thought you understood had been turned upside down.”

“I find this a very powerful and emotional song to sing whenever I’ve done it at live shows,” Callaghan says. “In fact, when I recorded the vocal for the demo, I felt so strongly about the exact emotion that was captured in that moment straight after writing the song that we actually ended up using that vocal take on the finished recording. So you’re hearing me singing it just a few moments after we had finished writing the song.”

Broken is taken from the recent album – ‘Callaghan’, out now. She’s currently in the UK on tour performing songs from the album. The tour finishes this week, with the final show November 9 at Thornton Hough Village Club in Wirral.

For the new album Callaghan has been developing her sound in California working with producers like Anthony Resta (Elton John, Duran Duran and Blondie) Starr Parodi and Jeff Fair, who have made music for some of Hollywood’s biggest films including Harry Potter, Mission Impossible and James Bond.
“Working in LA has allowed me to embrace elements of modern pop and cinematic sounds into my song writing,” Callaghan describes. “Working with these producers encouraged me to dig deeper as a performer and artist and as a result, this album reflects me more than anything else I’ve ever recorded.”

‘Callaghan’ the new album is out now, and there’s still time to catch her live: