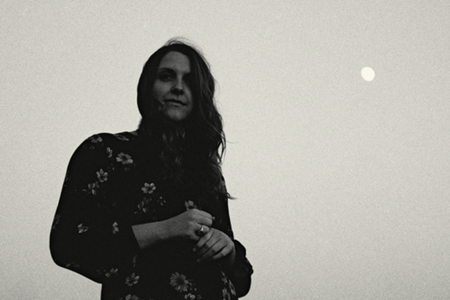 While Caroline Spence may not look like one of the road-hardened troubadours of America’s past, the latest record from the young songwriter from Charlottesville, Virginia proves she is every bit as serious. Her highly-anticipated sophomore album, Spades & Roses, is due out on March 3, 2017.
It’s is a rare but unmistakable authenticity and emotional resonance that can’t be faked, all delivered from  a “feather-light voice that evokes the best singers of the Lilith Fair era” (Rolling Stone Country). Somehow Caroline Spence manages to be both ethereally pristine and yet profoundly raw and human–a disarming union of self-assuredness and vulnerability that runs throughout the record.  Under the guidance of Producer Neilson Hubbard, Spades and Roses strips away all of the sonic barriers that might stand between Spence and her listener, allowing her fragile melodies and first person confessionals to do their work– reaching out and empathizing, providing a soundtrack to our own hidden stories.  Every song on the record–whether pop or meditative, glib or heartbreaking– asks the essential question of whether or not the listener can recognize himself.
Having won numerous songwriting awards from industry mainstays like the Kerrville Folk Festival and American Songwriter Magazine, and garnered nods and admiration from both Miranda Lambert and her fellow writers in the Nashville underground, Caroline Spence has delivered a record to meet the expectation: Quite simply, 11 songs of gorgeous Americana that remind us of why we fell in love with the genre in the first place.
So who is Spades and Roses for? Songwriters who need a sympathetic shoulder?  Song lovers who are tired of the latest gimmick? Modern ladies who still enjoy knitting? Older men who have seen enough to not find that intimidating? In the end, it’s for all of us that demand a lot of life and love, and yet still have the grace and hope to go on loving the world in spite of what it is sometimes. It’s for all of us that still like to hear our story told in song.  In Caroline’s own words, which seem to summarize the record, “It’s all love, and it’s all pain. And after all, I can’t complain.”