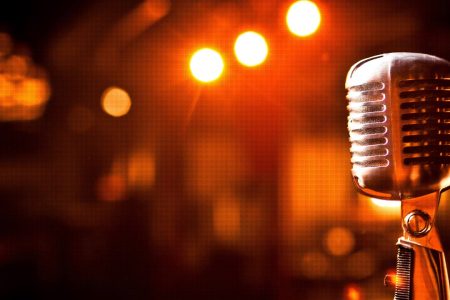 Texan singer-songwriter Charley Crockett is set to release Lonesome As A Shadow, his new album on Thirty Tigers on April 20th.
The album, a follow-up to 2017’s collection of favourite honky-tonk songs, Charley Crockett presents Lil G.L.’s Honky Tonk Jubilee, features twelve timeless originals that run the gamut from old-time Cajun, southern blues, honky-tonk, through to glorious blue-eyed country soul.  It’s an album that will undoubtedly underline  Crockett’s reputation as one of America’s distinctive roots talents.
The first single, ‘Lil’ Girl’s Name’ will be released on March 2nd.
Growing up with a single mother in San Benito, Texas, the hometown of Tejano star Freddy Fender was not easy for Charley Crockett. Hitchhiking across the country exposed Crockett to the street life at a young age, following in the footsteps of his relative, American folk hero Davy Crockett, who also lived a wild life on the American frontier. After train hopping across the country, singing on the streets for change in New Orleans’ French Quarter, busking in New York City and performing across Texas and Northern California, Crockett set off to travel the world and lived on the streets of Paris for nearly a year before searching for home in Spain, Morocco, and Northern Africa.
Crockett returned home to Texas and released his debut solo album titled A Stolen Jewel in 2015, receiving critical acclaim in Dallas and ultimately landing him a Dallas Observer Music Award that year for “Best Blues Act”. A record “rich with Southern flavour, a musical gumbo of Delta blues, honky-tonk, gospel and Cajun jazz,” Jewel proved that Crockett, born into poverty in the Rio Grande, had come home to make his musical mark on the South. Crockett, who is self-described as elusive, rebellious and self-taught, has been compared to legends like Bill Withers, Merle Haggard, and Gary Clark Jr.
He released his sophomore record In The Night, an admirable nod to his Texas country and Louisiana blues roots, in 2016 and played over 125 shows that year. “In the Night” and Crockett’s song “I Am Not Afraid” received international recognition from top tastemakers after being picked by NPR Music as one of the “Top 10 Songs Public Radio Can’t Stop Playing” and selected by David Dye to be featured on World Cafe in late July. The Fort Worth Star-Telegram called it “an impressive calling card, full of Crockett’s plaintive soulfulness and swinging tempos” and Central Track noted the artist as having “the well-rounded songwriting capabilities of Van Morrison and a vocal approach that finds common ground between Bill Withers and early Dr. John.” Crockett graced the cover of Buddy Magazine in May 2016, who called him “the archetype of the new American vagabond.”
Crockett returned to Austin, Texas to record Charley Crockett presents Lil G.L.’s Honky Tonk Jubilee which was his first release under his new label deal with Thirty Tigers.  The album featured songs originally performed by Hank Williams, Ernest Tubbs, Loretta Lynn, Tanya Tucker, Roy Acuff, Webb Pierce, and other great heroes of honky tonk. “Playing on the streets of New Orleans I heard traditional Jazz, Blues and Country all day long. Young folks were playing it everywhere. Especially the travellers. New York, Nashville, Texas, the Colorado Rockies, California.” Crockett said. “ I love this music. It’s the blues and it feels good to sing. A lot of folks are imitating this sound and for good reason. It’s the American struggle. It has the kind of soul that’s hard to find nowadays and all I know is you gotta get a lot of mud on you before you can make folks believe you when you sing these songs. You just can’t fake it. I’ve lived these songs, I wanted to walk alongside and pay my respects to the artists and songwriters who went through so much to give us this music we still know and love today.”
He has shared the stage with artists like Justin Townes Earle, Turnpike Troubadours, Leon Bridges, Lucero, Citizen Cope, Alejandro Escovedo, Joe Ely, Sean Hayes, Tab Benoit and many others.

Crockett is in the UK this month and March supporting JD McPherson, including a show at London’s o2 Shepherd’s Bush Empire on March 2nd.