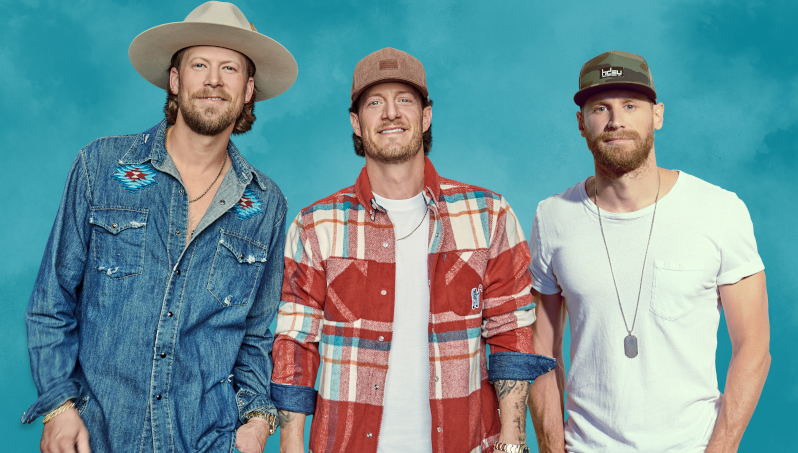 Rice has been abandoning the traditional release schedule in an attempt to be more active musically, releasing his most recent album in two different parts and singles as and when he pleases.

Speaking about the track, Rice opened up on the meaning of the track, while FGL said it has been a dream of theirs to hit the radio with their close friend.

“We actually wrote this song before the pandemic, which is crazy because it’s almost like God was intervening in the song just to say, ‘Hey y’all, get ready. You’re gonna have a lot of time to sit around a fire, drink some beer and hang out with me,’” Rice said. “It’s a special song in that way because it really is a celebration of what 2020 became for us and a lot of other people – slowing down to enjoy these moments with our loved ones and having deeper, more meaningful conversations with each other.”

“We are so excited to be on this jam with our boy Chase,” Florida Georgia Line added. “We’ve dreamed of being on the radio together ever since we were roommates 10 years ago.

“This song is the perfect one for us, as we often find ourselves drinking beer and talking God when we get together. We hope this brings lots of good times and great conversations. Cheers to making music with friends!”

Prior to lockdown, Chase Rice toured the UK and included a date at the O2 Shepherd’s Bush Empire in London.