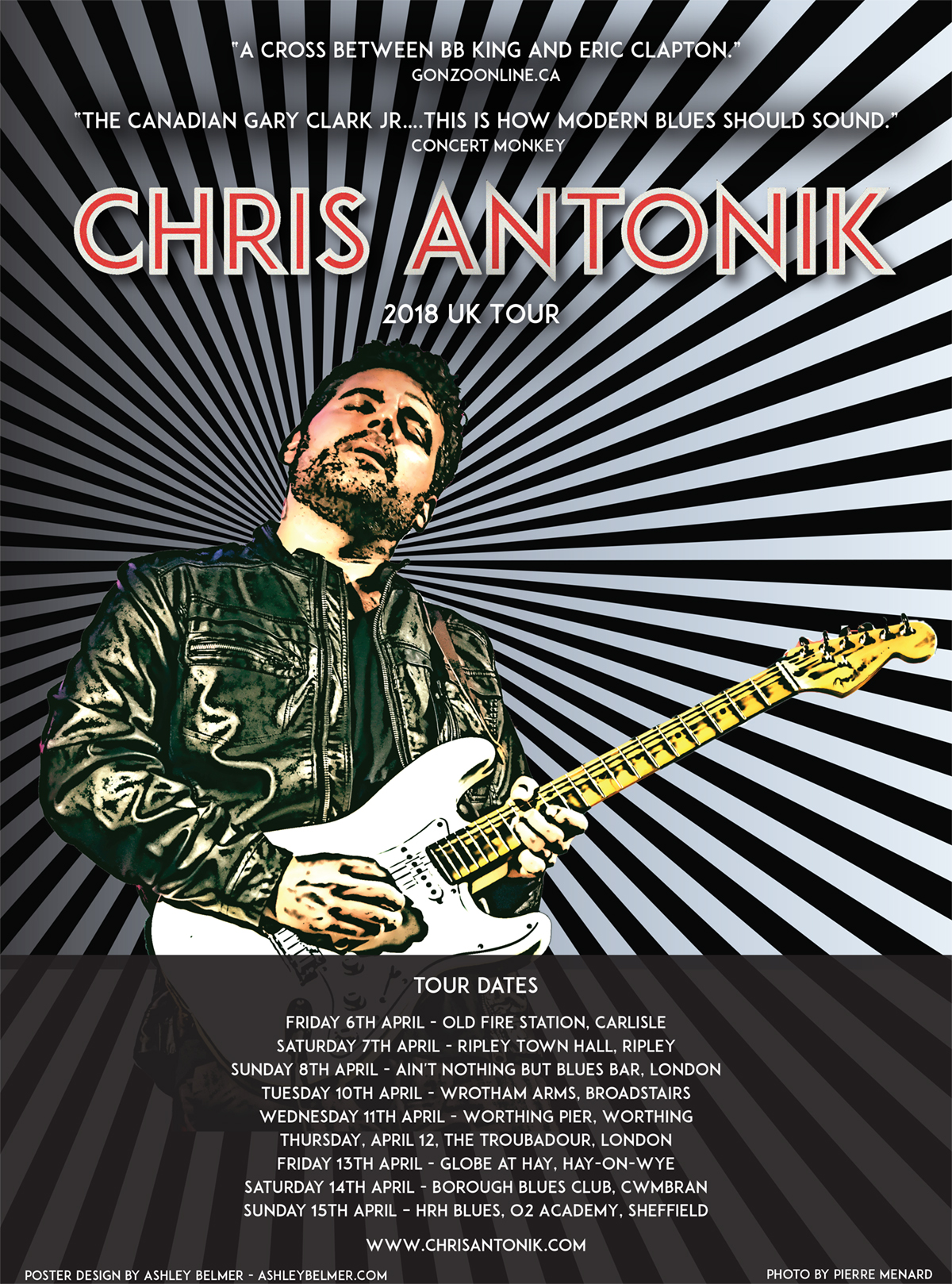 “The Canadian Gary Clark Jr… this is how modern blues should sound.” (Concert Monkey)

Celebrated Toronto-based blues-rock guitarist, singer and songwriter Chris Antonik’s upcoming ‘Monarch’ UK tour follows hot on the heels of his latest album ‘Monarch’. Monarch, which was nominated in Canada’s prestigious 2018 Maple Blues Awards (Recording/Producer of the Year; Songwriter of the Year), confirmed Chris as one of the country’s top performers, alongside artists such as Matt Andersen, Steve Hill, and Colin James. Chris, already named ‘The Future of the Blues’ by Canada’s Blues Underground Network,  has been compared to Eric Clapton for his stunning guitar work and innovative, sensitive songwriting. His second album, ‘Better For You’ (2013), was described as “a masterpiece,” “the best Canadian blues-rock album of 2013,” and “the sound of someone taking the blues to a new place.”   Chris has already toured the UK, headlining the Upton Blues Festival in 2016, and has performed at major blues festivals across Canada and the US. He has toured the US extensively, including performances at Buddy Guy’s Legends in Chicago (for the 2015 Buddy Guy’s Legends Blues Festival), and Biscuits & Blues in San Francisco. Catch him as he tours the UK in April.